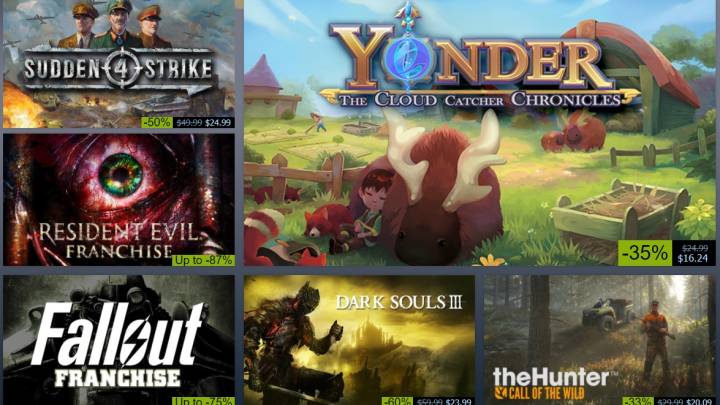 Dozens of Black Friday sales events began today, but for PC gamers, there’s one sale that stands above the others: Steam’s Autumn Sale. No matter what you’re looking for, you’re sure to find it among the 5,847 titles that are currently on sale on the digital platform, from shooters to RPGs to platformers to racing and horror games.

As always, Steam will cycle through highlighted deals on the front page of the digital store for the entirety of the sale, which began on Wednesday, November 22nd and will end on Tuesday, November 28th at 10 AM PT / 1 PM ET.

In addition to individual game sales, Steam has also knocked off the prices of multiple popular franchises, such as Resident Evil (up to 85% off), Fallout (up to 75% off), Sniper Elite (up to 80% off) and DiRT (up to 80% off).

Keep in mind that these are just what stood out on the front page. There are literally thousands of games on sale, so if there’s a game you’ve been waiting to buy until it got cheaper, now is the perfect time to log into Steam and search for it. Chances are that it will be on sale. Plus, while you’re there, you can vote in the second annual Steam Awards, which is a fun celebration of the year’s best games. You can earn some bonuses for participating too.