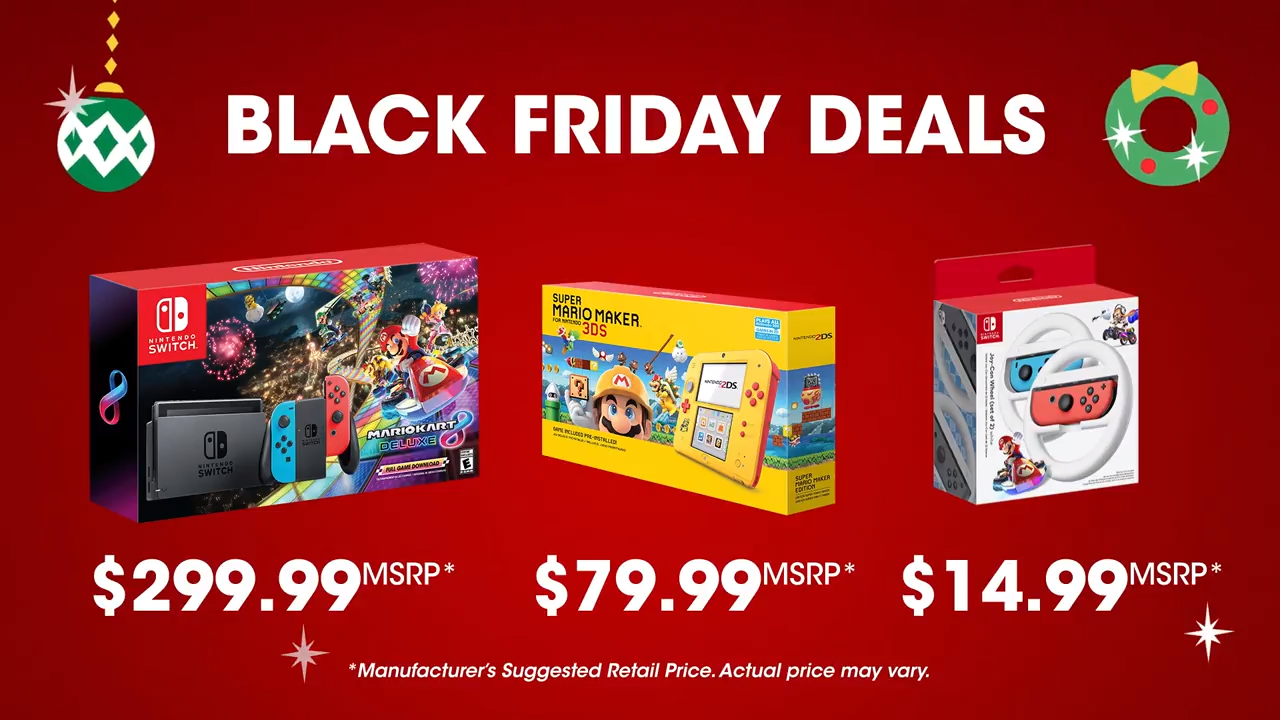 With Pokemon: Let’s Go and Super Smash Bros. Ultimate both set to launch over the holidays, the Nintendo Switch will likely be at the top of many wish lists once again. Unfortunately, as new as the Switch is, you aren’t going to find the console on sale for much cheaper than its suggested retail price. But Nintendo is offering a few bundles that will save you some money if you want a game to go along with your new hardware.

First up is a Nintendo Switch bundle which comes with a Mario Kart 8 Deluxe full game download for $299.99. Mario Kart 8 Deluxe retails for $60, while the Switch is still priced at $300, so this bundle basically nets you a free game. If you were planning on picking up Mario Kart on Switch anyway, this is a solid deal.

If you do opt to pick up the Switch bundle, you can accessorize it with a set of two white Joy-Con Wheels for $14.99. All you have to do to use a Joy-Con Wheel is slot one of your Joy-Con controllers inside and turn the wheel like you would a car steering wheel as you race around the track in Mario Kart 8 Deluxe.

The other major deal is a Nintendo 2DS bundle which comes with Super Mario Maker for Nintendo 3DS pre-installed for $79.99. The portable version of Super Mario Maker retails for $40, so once again, you’ll get a brand new console for its standard price while receiving a popular game at no extra charge.

Finally, if you’re looking for more to do with your new Switch (or your old Switch, for that matter), Best Buy is offering two of three Nintendo Labo kits (Robot, Variety, and Vehicle) for $99. Each kit retails for around $70 or $80.