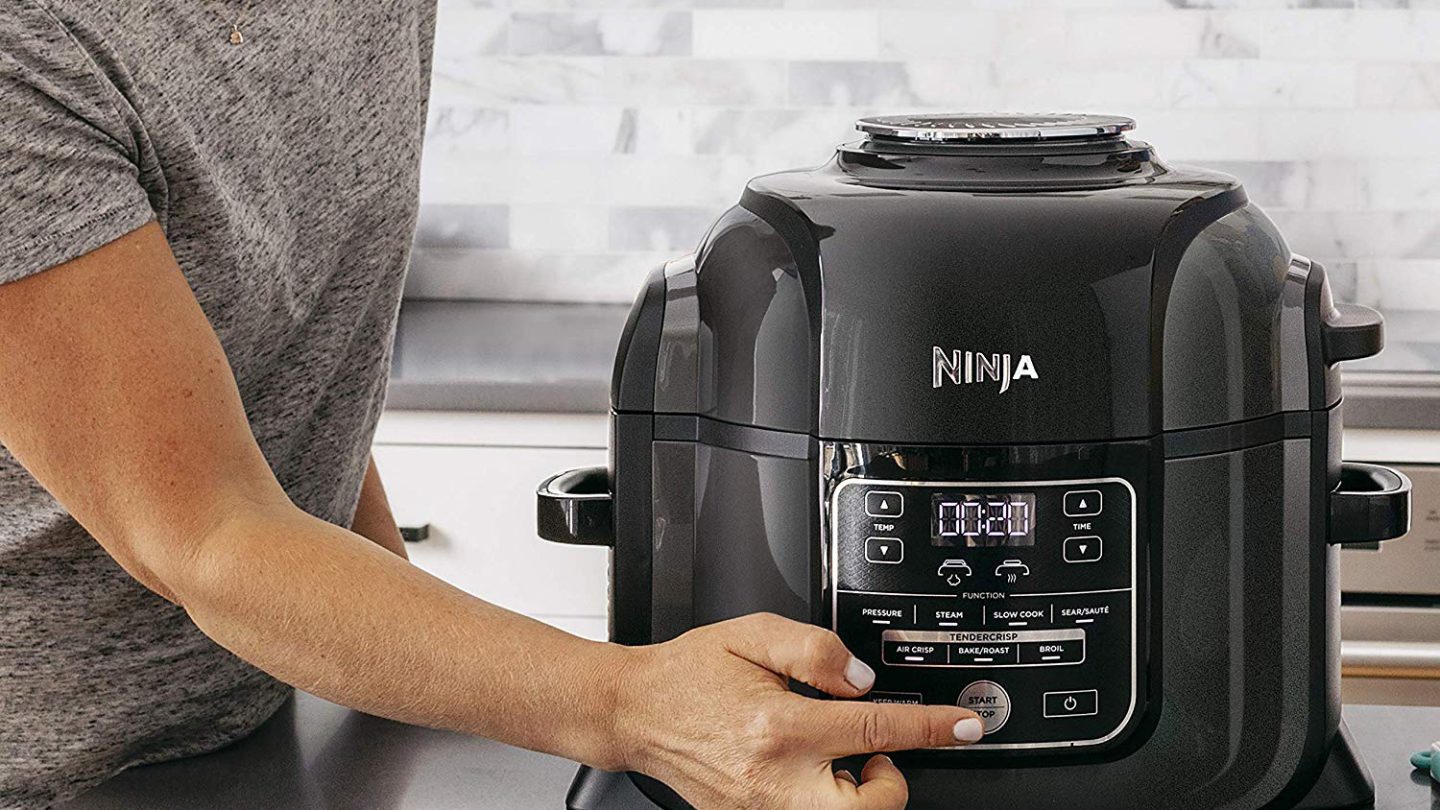 If you’re in search of a pretty basic, run-of-the-mill Instant Pot multi-cooker, there are definitely a few decent deals on Amazon right now. There’s nothing too crazy, mind you, but you can still save a few bucks. For example, the Instant Pot Duo Plus is $20 off if you pick up the 6-quart model. Or, if you want to spice things up a little, you’ll find the $150 Instant Pot Max with built-in sous vide precision cooking on sale for $119. That’s a great deal! But what if you could a similar device that also has built-in air frying? If you’re in search of a Ninja air fryer oven and you also want to replace an old Instant Pot, we’ve got just the deal for you.

Anyone looking for something a bit larger with some great added features should definitely check Amazon’s Ninja Foodi deals. The best-selling Ninja Foodi OS302 multi-use pressure cooker was all anyone could talk about. Now, however, it’s been replaced by something even better. Do you want to step things up with an even larger size with more features? Amazon is offering a massive $75 discount on the 8-quart Ninja Foodi Deluxe FD401 that people love so much.

Ninja air fryer oven and so much more

Everyone knows that Instant Pots are awesome. And everyone also knows that they’re often on sale at Amazon with great discounts. As we mentioned earlier, the Instant Pot Duo Plus has a small discount, and the fancy $150 Instant Pot Max is also discounted today. As great as those deals are, however, you may first want to consider another pair of sales on products from Instant Brands’ top rival.

The insanely popular Ninja Foodi OS302 was a fan-favorite model with so many 5-star ratings on Amazon. It has a 6.5-quart capacity plus nine different cooking modes, But the big news is that it has something you’ll never find on those Instant Pot models we mentioned earlier. On top of all the standard cooking modes you’d expect like pressure cooking, slow cooking, and steaming, Ninja’s Foodi OS302 has a built-in air fryer!

Ninja’s excellent Foodi OP301 multi-cooker isn’t really around anymore. But the good news is that it has been replaced by a supersized model with a bunch of additional features! The Ninja Foodi Deluxe FD401 is a fantastic $250 multi-cooker with a built-in air fryer. It has much more capacity and so many more features than the older OS302. And if you hurry, you can snag this amazing 9-in-1 Ninja air fryer oven and multi-cooker for just $179.99 instead of $250!

You really can’t go wrong with this Ninja deal. Actually, that’s not true… you can go wrong by taking too long and missing out.