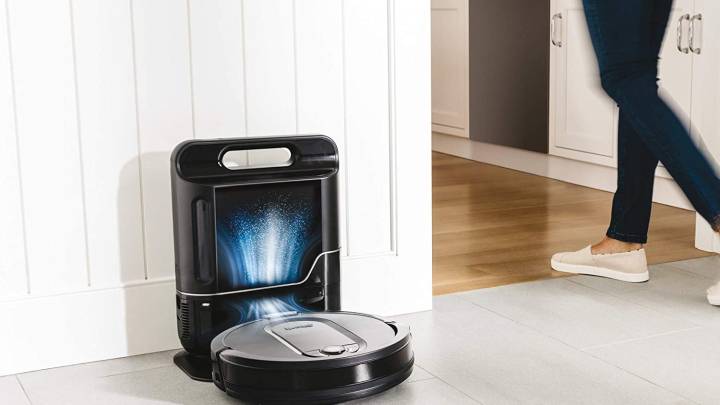 Self-emptying features are as revolutionary for robot vacuums as the invention of the autonomous vacuum itself. But some models with the awesome new self-emptying feature can cost $1,000 or even more. Seriously… there’s one high-end robot vacuum out there that costs $1,600! The Shark IQ Self-Emptying XL Robot Vacuum is a very popular model that also touts a self-empty feature, and it retails for $550. Right now during Amazon’s late Labor Day sale, however, it’s down to just $489.99! 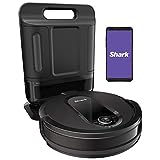 Like so many other robot vacuum owners out there, I have become spoiled. It’s not enough anymore that I have an awesome little robot to do all the vacuuming for me. In fact, sometimes I actually get annoyed at the little autonomous device that once brought me so much joy. Why? Because I have a dog that sheds constantly. That means I have to empty my robot vacuum’s dirt collection bin every single time after it runs. Oh, the humanity!

As the name of the feature suggests, it’s an awesome capability that lets your robot vacuum empty itself when it’s done cleaning. It uses a special dock that doubles as a charging base. It sucks all the dust, dirt, and pet hair right out of the robot vacuum. That means instead of having to empty it every time it runs, you only have to empty your robot vacuum about once a month!

Some robot vacuums with the self-emptying feature sell for $1,000 or even more if you want a top-of-the-line model. For Prime Day 2021, however, you can actually pick up the $800 Roomba i6+ Robot Vacuum for $691, which is a great price. If that’s still too pricey for you, don’t worry because there’s another option as well.

The Shark IQ Self-Empty XL Robot Vacuum that typically sells for $600 is down to just $319.99 right now! That’s an all-time low price by a huge margin, so you definitely don’t want to miss out on this killer deal. We’ve also included a few more Prime Day deals from Shark down below, as well as some other brands that have been popular lately.