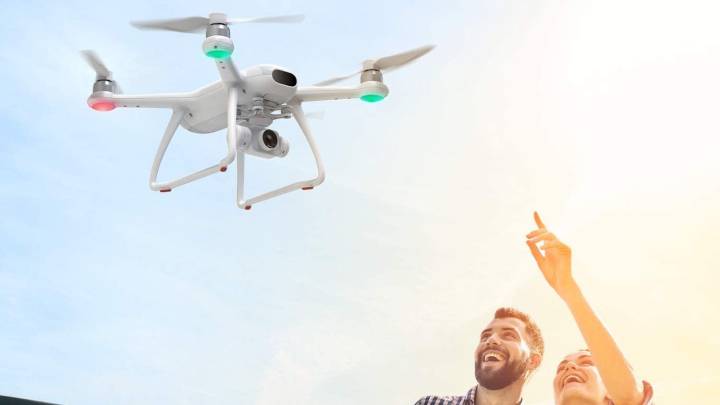 Remember when quadcopter drones got so popular so quickly, and then people said they were over once some of the hype inevitably calmed down? Well, there is a serious resurgence happening at the moment in the quadcopter drone market.

Drones were so, so popular for a few years when they first burst onto the scene. But then consumer interest died down since it all happened so fast. Now, however, it seems like everyone wants a new drone. That’s especially true now that warm summer weather is here. If you’re looking for something fun to keep you or your kids occupied outdoors this summer, it doesn’t get much better than a camera drone. And if you head over to Amazon right now, you’ll find a nice little discount on the already-affordable Holyton HS140 Pro Foldable Camera Drone with awesome features including voice control and gesture selfies!

It’s obviously pretty important to spend time outside every summer. But it’s particularly crucial this year. After all, we’re still living with a global pandemic driven by an airborne disease. As we’ve been told time and time again by health experts, it spreads mainly indoors.

There are countless activities you and your kids can do outdoors. That being said, few are as fun as piloting an awesome camera drone. Now, you’ve got a great opportunity to save a few extra bucks on a model that our readers love.

The Holyton HS140 Pro Foldable Camera Drone has all the main features you would expect from a recreational quadcopter. It also has a great 110° wide-angle camera that beams nice clear 1080p video back to your smartphone as you fly. On top of all that though, there are a few additional features that you don’t often find on affordable drones like this one. For example, you can snap selfies with a simple gesture so the controller doesn’t have to be in the photo.

We love that feature, but there’s another one that’s even better. This drone’s coolest feature might be support for voice control, which lets you do things like take off and land using nothing but your voice. You can even pilot it with your voice by saying things like “forward” or “left.” How cool is that?!

When BGR Deals covered this popular drone a little over a month ago, it sold out after a couple of days because our readers pounced on it. Now, a new lower retail price and an extra 15% discount combine to cut the price down to only $59.49! 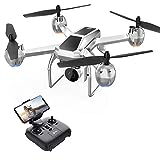