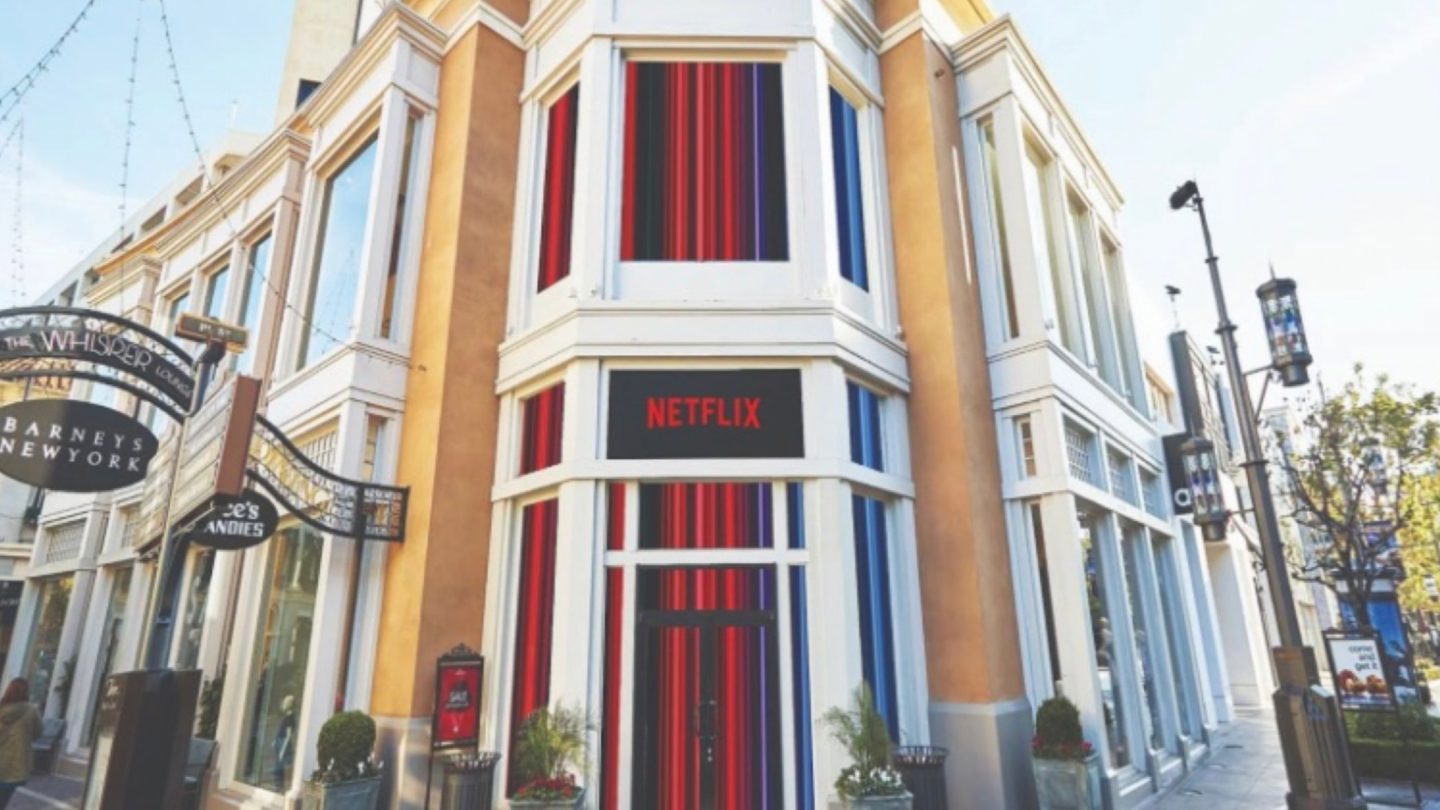 On Thursday, October 13, after Netflix subscribers finish checking out one of the streamer’s new releases — like, say, the Mila Kunis movie Luckiest Girl Alive — they can put down their iPad or switch off their TV and (at least if they’re in the Los Angeles area) head over to a first-of-its-kind Netflix store that will have just opened to continue engaging with the brand there.

It’s a new pop-up Netflix store that will be open through January 6, 2023, inside a 10,000-square-foot space at the shopping complex The Grove. We say first-of-its-kind because the physical pop-ups like these that the streamer has previously opened have tended to focus on a single title, like Stranger Things. This one, however, will offer merch, displays, characters, and more from a range of Netflix titles.

And it will give the streamer another dose of incidental revenue, at a time when the brand continues to experiment beyond its longtime core offering of streaming TV shows and movies.

All of a sudden, for example, Netflix has also evolved into a game studio offering subscribers a growing lineup of casual games to play. And, as the LA Netflix store news underscores, the streamer is continuing to extend its brand into the physical world via pop-ups, retail activations, immersive experiences, and an e-commerce initiative that includes a tie-up with Walmart.

“Following the incredible success and excitement from our fans for our immersive experiences around the globe, this felt like the most organic next step to continue our growth and bring Netflix’s most beloved shows together in a completely new way,” said Greg Lombardo, the streamer’s Head of Live Experiences, said about the new Netflix store.

“Celebrating our fans and giving them the opportunity to put themselves in the world of the stories they love is at the heart of what we do, and we’re thrilled to bring this experience to life at The Grove.”

Netflix says that this new pop-up store will carry a wide assortment of limited-edition items from some of the streamer’s most popular titles. They include Stranger Things, Bridgerton, and Squid Game, to name just a few. Patrons will also be greeted by “photo-ready vignettes” that feature life-size versions of notable Netflix characters including Vecna from Stranger Things and the iconic Young-Hee doll from Squid Game.

An announcement from the company continues:

“The assortment will feature some of the most sought-after articles like the Hellfire Club raglan shirt and Palace Arcade hoodie, the soon-to-be-released Inside Bridgerton book from series creator Shonda Rhimes, an assortment of Funko collectible figures from Squid Game and Stranger Things and a curated series of products from some of the most beloved children’s properties seen on Netflix including the iconic dollhouse, new apparel line and Gabby Girl Doll from Gabby’s Dollhouse, and kids activity books from the beloved Ada Twist, Scientist, and Cocomelon.”

The Queen’s Ball Bridgerton experience that launched earlier this year in various big cities is a good example of Netflix’s increasing efforts on this front.

Netflix brought the experience to cities around the world, transporting guests to Regency-era London with a string quartet playing the show’s soundtrack; show characters mingling throughout; and immersive themed rooms including a painting studio where guests could strike a regal pose for an artist.