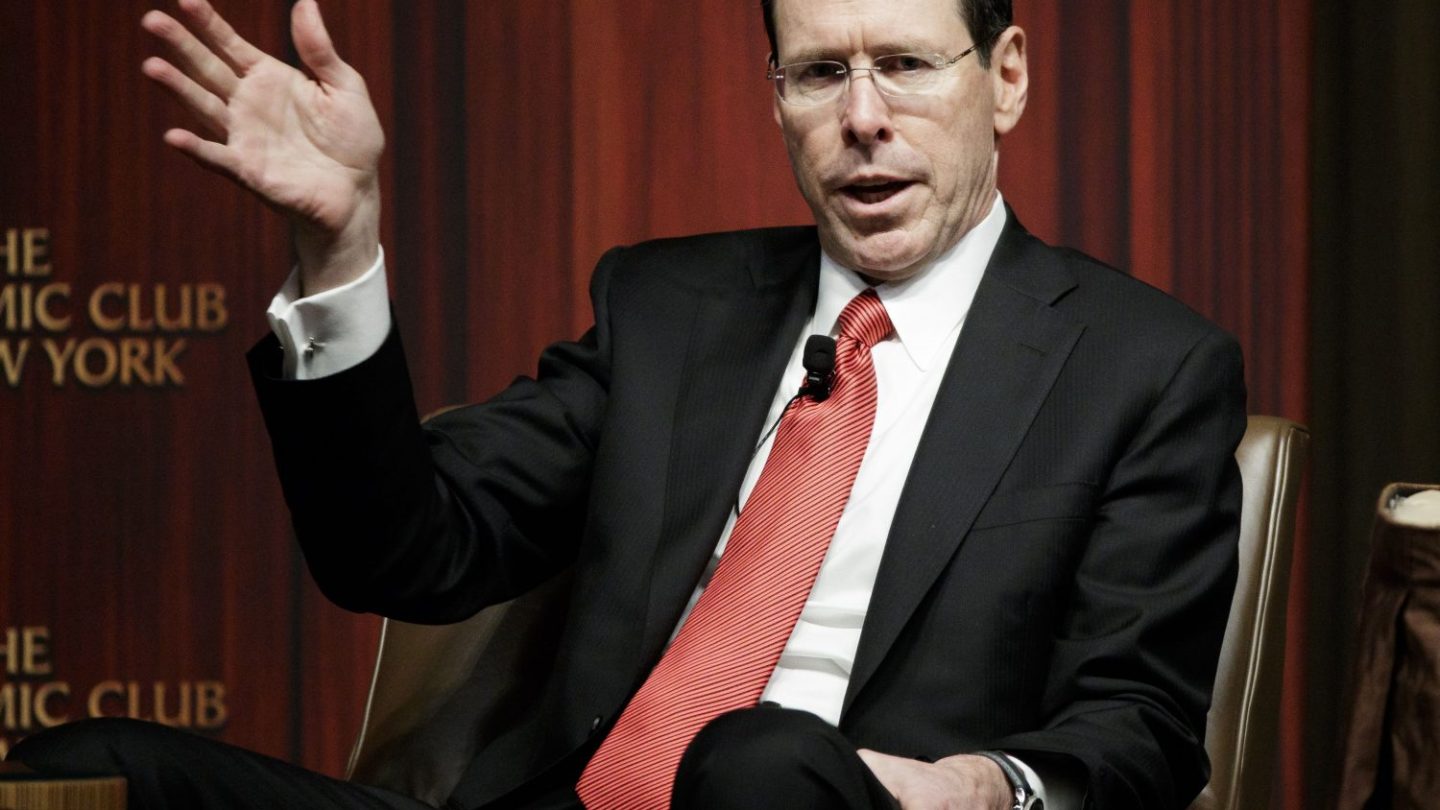 We’re weeks into the court proceedings between AT&T, which is trying to buy Time Warner Inc, and the Justice Department that is suing to block the deal. We’ve heard from economic experts about how prices will soar, and from AT&T’s own execs about how cable is the company’s “cash cow.”

But on Thursday, we finally got to hear from AT&T CEO Randall Stephenson, and he stuck right to the party line. AT&T acquiring Time Warner wouldn’t drive up prices, Stephenson claimed: It will actually be the other way around.

Reuters reports that Stephenson told the court there would be cost savings from the merger:

He said that he wanted to combine what AT&T knew about its customers with Time Warner’s ability to create compelling content.

This would help AT&T, which owns the biggest pay TV company DirecTV, build a cheaper online product that could be partially sustained through advertising, he said.

AT&T’s own lawyer also brought up an initial assessment of the merger, produced by AT&T, which said the deal would have “no significant cost synergies.” Stephenson refuted that analysis and said that later studies showed that it would.

Washington Post reporter Brian Fung said that Stephenson also mentioned AT&T will be coming out with a new streaming service later this month. Called AT&T Watch, it will cost $15 per month instead of the $35 that AT&T currently charges for its streaming service, DirecTV Now. It won’t have any sports channels, however.

A new skinny streaming bundle is a good talking point for AT&T in court, but it doesn’t change the fact that historically, mergers in the telecoms industry have been shown to raise prices. AT&T has argued that this won’t apply to this particular merger, since Time Warner is a content company, not a telecoms company. The government (and all rational people who like to watch TV) argue that AT&T will use Time Warner’s content, which includes must-have channels like HBO and CNN, as leverage over its competitors to keep prices high and restrict the success of streaming services.