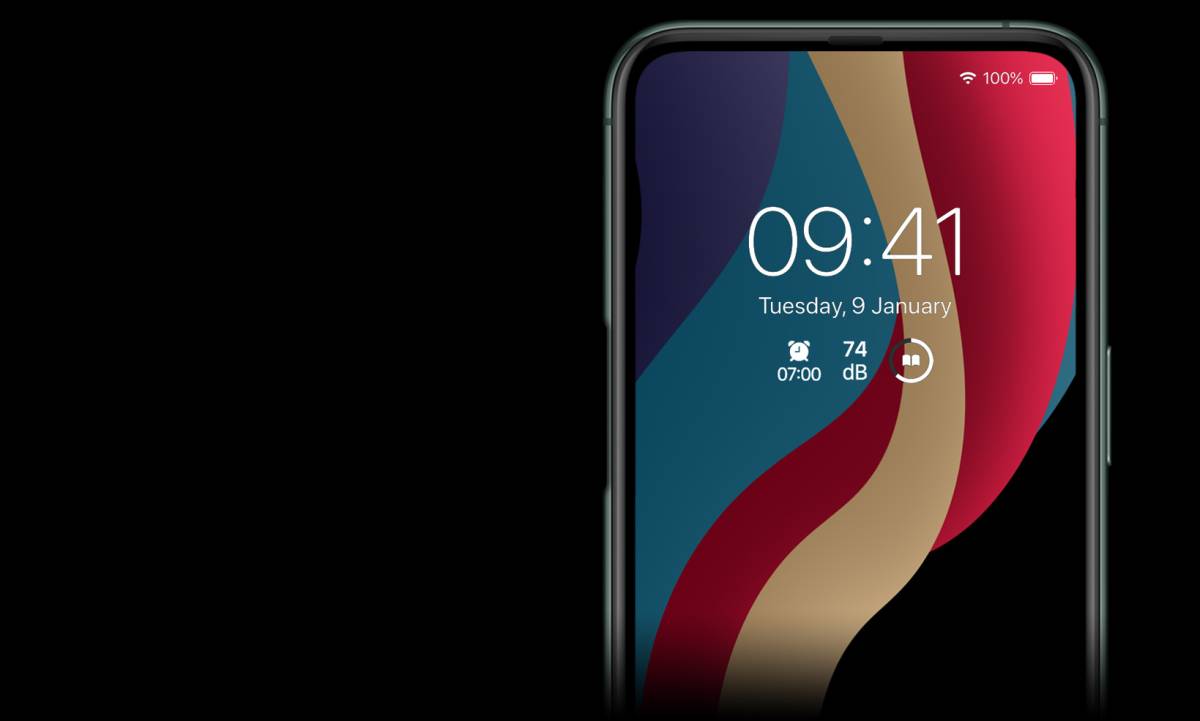 A graphic artist's vision of a futuristic iPhone with a second display on the back. Image source: Andrea Copellino