If you’re a responsible American who doesn’t work a job that has been deemed essential, you’ve undoubtedly been spending most of your time at home recently. Well, the bad news is that the self-quarantine recommendations aren’t going away anytime soon. If we want to prevent a massive second wave of COVID-19 infections, the only way to do that is by continuing to isolate ourselves. But the good news is that your time in self-quarantine is going to pass much faster once you get your hands on the awesome PS4 bundle deal Amazon is offering right now.

Want to buy a 1TB PS4 Slim console on its own? That’ll cost you $299.99, which is a fair price… but you definitely shouldn’t pay it. Why not? Because Amazon is charging the same price right now for the PlayStation 4 Slim 1TB Console – Only On PlayStation Bundle, which includes the console, a DualShock4 controller, and three PlayStation-exclusive games! You get God of War, The Last of Us Remastered, and Horizon Zero Dawn: Complete Edition along with your Jet Black 1TB console and wireless DualShock4 controller. That’s an incredible value, but it won’t be discounted for much longer.

Here’s some info on the console bundle and each game from Amazon’s product pages:

God Of War: A new beginning: his vengeance against the gods of Olympus Far behind him, Kratos now lives as a man in the lands of Norse gods and monsters. It is in this harsh, unforgiving world that he must fight to survive and teach his son to do the same

The Last of US Remastered: Winner of over 200 Game of the Year awards, The Last of Us has been rebuilt for the PlayStation 4 system. Now featuring full 1080p, higher-resolution character models, improved shadows and lighting, in addition to several other gameplay improvements. 20 years after a pandemic has radically changed known civilization, infected humans run wild and survivors are killing each other for food, weapons; whatever they can get their hands on. Joel, a violent survivor, is hired to smuggle a 14-year-old girl, Ellie, out of an oppressive military quarantine zone, but what starts as a small job soon transforms into a brutal journey across the U.S. The Last of Us Remastered includes the Abandoned Territories Map Pack, Reclaimed Territories Map Pack, and the critically acclaimed The Last of Us: Left Behind Single Player campaign that combines themes of survival, loyalty, and love with tense, survival action gameplay.

Horizon Zero Dawn: Complete Edition: Horizon Zero Dawn is an exhilarating action role playing game exclusively for the PlayStation 4 System, developed by the award winning Guerrilla Games, creators of PlayStation’s venerated Killzone franchise. Take on the role of skilled hunter Aloy as you explore a vibrant and lush world inhabited by mysterious mechanized creatures. Embark on a compelling, emotional journey and unravel mysteries of tribal societies, ancient artifacts and advanced technologies that will determine the fate of this planet, and of life itself. 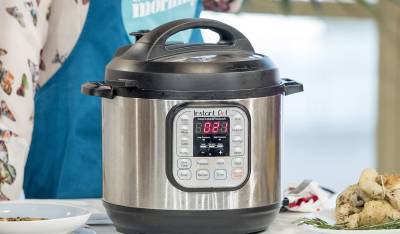