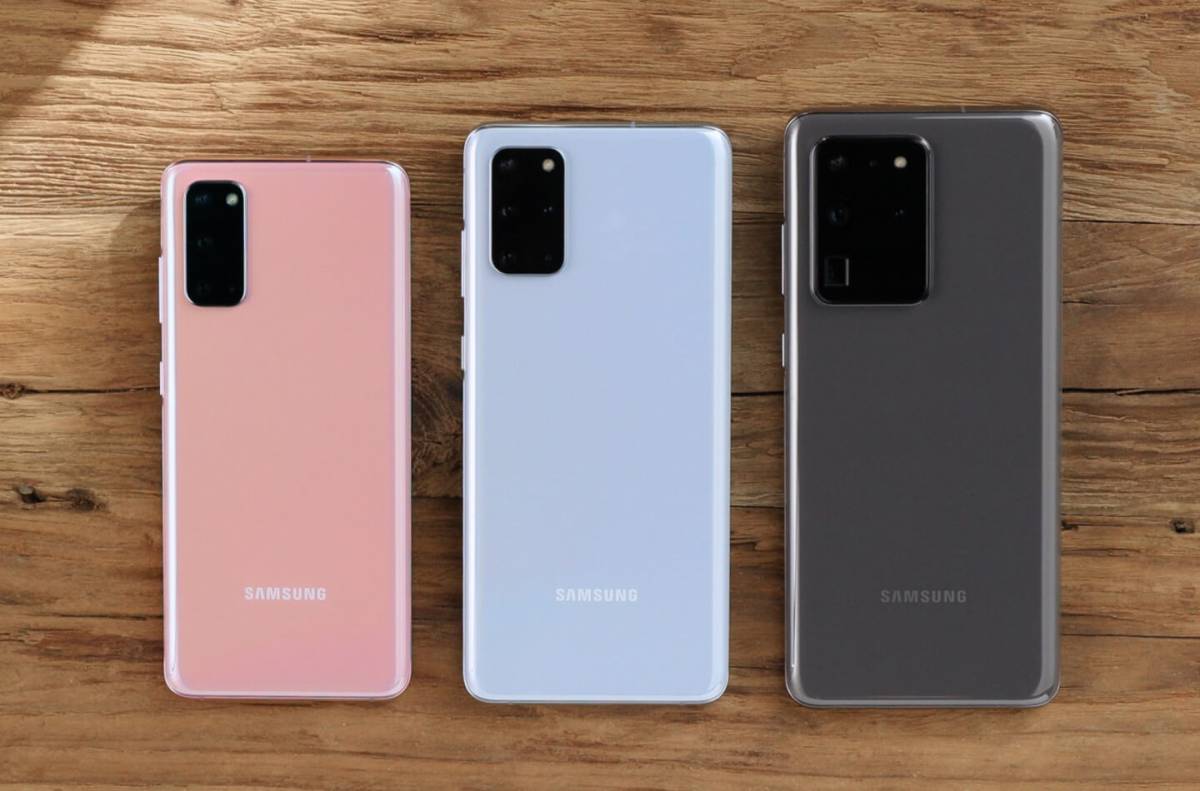 Samsung finally put an end to all the leaks and rumors on Tuesday when it unveiled its next-generation Galaxy S20 lineup. The company’s strategy is a bit perplexing considering the lower-cost Galaxy S10e was Samsung’s best-selling model last year, but it has no equal in 2020. The Galaxy S20 is the new “entry-level” model, with pricing that starts at $999 unless you’re on a carrier that will offer a version without 5G for $100 less. Either way, the cheapest S20 costs hundreds more than Apple’s iPhone 11, which starts at just $699.

Curious strategic moves aside, there’s no question that Samsung’s new Galaxy S20 will end up being one of the best new smartphones released in 2020. In fact, the Galaxy S20, Galaxy S20+, and Galaxy S20 Ultra are among the sleekest and most powerful smartphones the world has ever seen. Samsung’s new flagship phones are fast, they feature the best OLED screens you’ll find on any smartphone, and the S20 Ultra has a camera that’s nothing short of a game-changer. But there are a few new Galaxy S20 features in particular that are making me jealous as an iPhone user, and the worst part is that these awesome new features aren’t even expected to come to Apple’s new iPhone 12 lineup later this year.

Based on what we’ve heard so far from reliable sources like TF International Securities analyst Ming-Chi Kuo, Apple has a massive update planned for its iPhone lineup this year. It’s not going to be an “iPhone 11s” like we would’ve seen a few years back when Apple was on a two-year iPhone refresh cycle. Instead, Apple has shifted to a three-year cycle that began with the iPhone 6 and iPhone 6 Plus in 2014, which were followed by the iPhone 6s series and then the iPhone 7 series. All three of those iPhone generations used the same design, and then the iPhone X ushered in a new iPhone design and tons of new features in 2017.

That’s exactly what we expect from the iPhone 12, iPhone 12 Pro, and iPhone 12 Pro Max in 2020. According to Kuo, who has the best track record in the business when it comes to Apple’s unreleased products, the iPhone 12 will feature a bold new design along the lines of the iPhone 5 that everyone loved so much. Rather than the rounded metal edges we’ve seen for the past six years, the iPhone 12 will go back to flat metal around the outside of the phone. As you can see in this stunning iPhone 12 visualization, it’s probably going to look fantastic, though word on the street is that it’ll still have a notch at the top of the screen, unlike the iPhone 12 render you can see in our earlier coverage.

A new design is great, though we’ve already established that it’s not quite important as everyone thought it was since Apple still managed to achieve record sales last quarter with a three-year-old iPhone design. The new features Apple plans to introduce on the iPhone 12 will be equally important or even more important to many potential buyers, and I can’t wait to see what Apple has in store. That said, there are some new features that Samsung just introduced on its Galaxy S20 lineup, and they don’t have any equals right now on the iPhone 11 series. What’s more, they’re all unlikely to make it to Apple’s new iPhone 12 models that will launch later this year, and if I’m being perfectly honest, I’m pretty jealous.

First and foremost for me personally is the fast charging tech Samsung uses on the Galaxy S20 series. Apple’s recent iPhones support fast charging up to 18W, which is nowhere near what Android vendors have achieved on recent flagship phones. The high-end Galaxy S20 Ultra comes with 45W fast charging and a 45W power adapter in the box, which means it charges a whopping two and a half times faster than Apple’s latest iPhone 11 models. On a busy day when every second counts as you’re trying to quickly recharge your phone before running out to a meeting, Apple’s 18W charging capacity is a big drawback.

Next up, we have the Galaxy S20 Ultra’s camera. It sounds amazing and I can’t wait to check it out for myself. To be frank, however, the iPhone 11’s camera is already fantastic and it’s more than good enough for me where image and video quality is concerned. What caught my eye, however, is Samsung’s crazy new Space Zoom feature. On the S20 Ultra, Samsung’s new camera supports optical zoom up to 10x and hybrid zoom up to a whopping 100x. That’s just awesome, and there is no indication that Apple will come anywhere close to matching it on the iPhone 12.

There’s also another camera feature Samsung introduced called “Single Take” which seems pretty great. It sounded a bit odd in leaks, but the actual feature is so useful. As Samsung says, Single Take lets you “stay in the moment, while you capture the moment.” It uses AI and the Galaxy S20’s multiple lenses to capture several different photos and videos all at once, so you don’t have to worry about changing modes. For example, Single Take can capture a Live focus photo, a cropped image, and an Ultra Wide photo all at the same time.

Last but not least, the Galaxy S20 is the first non-Pixel smartphone to get a fantastic new feature called Live Caption. It’s incredible. Live Caption transcribes spoken words in any video you watch, and it does it in real-time. Here’s a GIF that shows the Live Caption feature in action:

I have been an iPhone user since the very first iPhone was released back in 2007. That’s not going to change anytime soon. I still believe that Apple’s iPhone offers the best overall user experience available right now, and the integrations between Apple’s various hardware products, software, and services are far too convenient to give up. That said, Apple regularly falls behind the Android competition in many key areas, and these are all features I would love to see on the next-generation iPhone 12 lineup that Apple will release this coming September.