New Tesla patent re-imagines what a steering wheel might do

Even ardent Tesla detractors would have to concede that the company upended the entire automotive industry in a relatively short period of time. Thanks to the success of Tesla’s growing lineup of vehicles, the company not only normalized the notion of an electric car, but accelerated the adoption of EVs across the globe. Tesla’s success, in turn, ultimately prompted traditional automakers like Porsche and BMW to view EVs as a threat and something worth investing in.

One of the main factors behind Tesla’s success lies in the company’s willingness to think outside of the box. We saw this with the digital dash introduced on the Model S and, more recently, with the lack of an instrument cluster on the Model 3. Say what you will about Tesla, but the company isn’t afraid to re-imagine well-established design principles as it pertains to the driving experience.

In light of that, keeping an eye on Tesla patents is always interesting because it can sometimes provide us with sneak previews of features upcoming Tesla vehicles might bring to the table. And because Tesla isn’t afraid to make risky and controversial design decisions, even some of Tesla’s more outlandish patent filings are worth taking a look at.

Having said that, Electrek points us to a new patent filing from Tesla that sees the company re-imagine the type of features that might be incorporated into a steering wheel. The patent is especially interesting given the lack of an instrument cluster on the Model 3, which is to say that the steering wheel on that car in particular could surely benefit from the futuristic steering wheel.

The patent in question, which details a steering wheel with two touchscreen interfaces on either side, reads in part:

A patent drawing of a retooled steering wheel can be seen below: 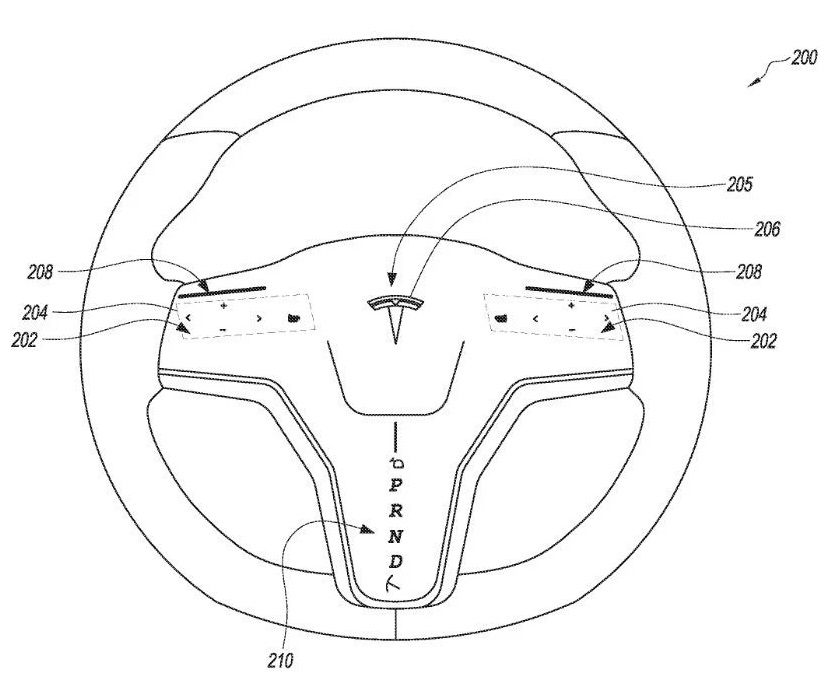 Note that Tesla envisions drivers being able to shift gears via the touchscreen illustrated above. The full patent, which was initially filed last summer and published today, can be viewed over here courtesy of Electrek.