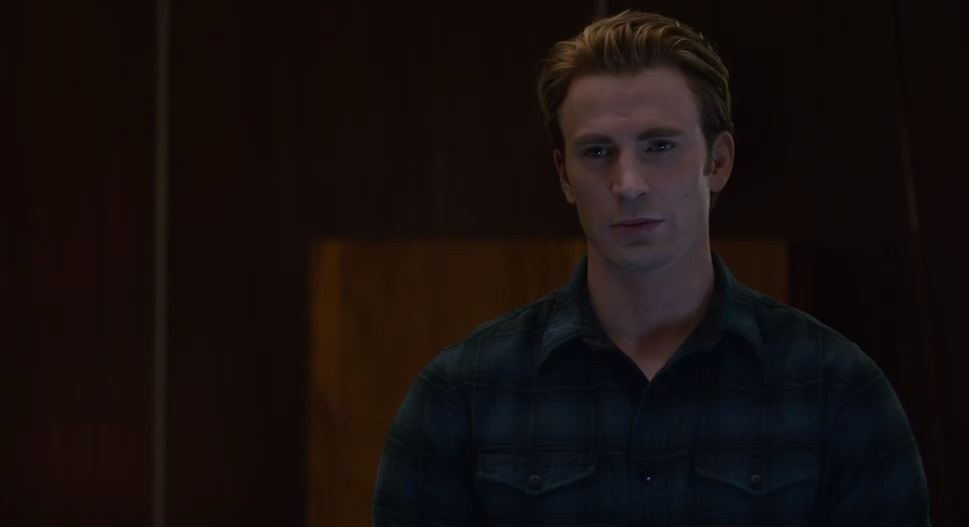 We’ve seen a slew of Avengers: Endgame deleted scenes in the past few days, but the most exciting one is easily the alternate meeting between Hulk and the Ancient One on the rooftop of the New York Sanctum. We’re looking at a significant time travel twist that has massive implications for that controversial Captain America finale. It turns out that Marvel may have worked on an epic arc for Steve Rogers ever since writers Christopher Markus and Stephen McFeely started their collaboration with directors Anthony and Joe Russo — the four of them worked on Captain America: The Winter Soldier, Captain America: Civil War, Avengers: Infinity War and Endgame. But that arc was ultimately changed, leading to disagreements between the writers and the directors on exactly what happened to Steve Rogers.

Marvel cleared the waters on all that a bunch of times, and we know Steve created an alternate timeline by showing up for an unexpected dance with Peggy a few years after the war. But in what follows, I’ll explain how amazing Steve’s alternate retirement story could have been — and why that story might not be completely dead just yet.

In Endgame, we know that Steve chose to carry out the final mission in the time heist. That’s returning all the Infinity Stones to their timelines, as well as Thor’s hammer. Once he completed that mission, he went back to the late 1940s and probably nearly gave Peggy a heart attack by showing up at her door for that dance she was promised.

Altering the past in that fashion means Steve intentionally chose to create a branch of the main timeline that would fit his needs. He’d resume his life in the ’40s, a few years after dying in ice — that’s what the world knows of him at that point. He’d marry Peggy quietly, and then he’d witness everything that happened with the world since his disappearance. All the while, a frozen Steve would sit beneath the ice, waiting for someone to track him down.

Fans have long debated about what Cap would do in such a scenario, whether he’d interfere with all the nasty events in history, like the Cold War, or Hydra evolving deep inside SHIELD. And we have no idea whether he’d want to fix any of that, or whether he’d stay out of it. Whatever he’d do, we do know that it’s a new timeline, so everything is fair game in it. And whatever he’d do, we know he found the time to manufacture a slightly different Captain America shield, one that looks slightly different than the original, and one that would serve Falcon in the primary timeline.

As we’ve already explained, the scene gives us a slightly different interpretation of time travel. Whatever happens in the past doesn’t change the future. But if you bring back the Infinity Stones to the moment they were taken, all the branches fall back into the main one. This opens up the possibility of having Steve actually live his happy end with Peggy in the primary timeline, which is what the writers have been arguing all along.

This brings us to the same question. What would Steve do during all those years? The past still can’t influence the future that he witnessed, but would he actually help with the creation of the Avengers in any way? Would he help Peggy while she was in charge of SHIELD? Would he guide Fury when the time was right?

The Steve that goes back in time is already familiar with the Quantum Realm, with how timelines work, and knows exactly what he had to endure to fix the world after failing to do it in Infinity War.

We know that Steve’s final mission in Endgame was also his last mission as an Avenger. He told Bucky he would not return, that’s why Bucky isn’t surprised by anything that happens after his departure. By doing so, Steve must have considered all the potential consequences n, and he must have thought about how he’d live his life in the past.

Not to mention that returning all the Stones to their rightful place isn’t necessarily an easy mission. And he must have taken some time to do all of it right, and make sure nobody would detect his presence. So he’d definitely get a preview of what living in the shadows would look like.

This brings me to what we thought was a huge Endgame leak in the days that preceded the premiere. At the time, a person claimed he knew the actual plot and that Steve was supposed to go back to Peggy and live his life in the past all along — from that leak in mid-April:

At the time, we assumed time travel in Endgame would work just like in Back to the Future, and I argued that Steve deciding to live in the past without influencing any major historical events would be the kind of sacrifice only Steve could make. It would be a bittersweet grenade to jump on, as he’d get to grow old with the love of his life. However, he’d still have to give up saving the world for everything to happen exactly the way it did and preserve intact the only version of events that would ultimately lead to defeating Thanos.

The leaked plot proved to be wrong, but the leaker’s claim that Steve would dance with Peggy in the past held up.

What if Steve grew old in the main timeline?

Now that we know the Endgame plot, it’s clear that whatever Steve does back in the late ‘40s would not alter the victory over Thanos. So, in theory, Steve’s retirement plan might include Rogers acting as some sort of hero, whenever one is needed, especially with the wife heading one of the most important spy agencies on Earth.

The Hulk-Ancient One deleted scene, however, proves that Marvel may have considered a variation of time travel where Steve could have retired in the past of our main timeline. Only the removal of Infinity Stones would have caused massive timeline branches, but once the Stones are returned, the branches would fall into the main timeline. Everything else that may have happened in the past, like Rogers dancing with Peggy and then staying in the past, would simply be absorbed and morphed in the current timeline.

In such a scenario, Steve might have still been cautious about not messing with past events too much. He knows that changing the past doesn’t change the future, and he’s aware of how timelines work. But he’s not a scientist like Tony or Bruce. He might not want to take too many unnecessary risks — well, he’d still have to find a way to quietly have a Captain America shield manufactured. But, by keeping a low profile as Peggy’s husband, he might pull off that final sacrifice. That’s accepting that bad stuff has to happen to his friends for the universe to get in a better place in the distant future.

Think about it, back in the late ’40s, Thanos is still very much alive and likely destroying planets one by one in search of the Stones. Steve knows that he has a chance to marry and have children with Peggy, and, like Tony, Steve might not want to do anything to jeopardize a chance of having a life. Any major change to the timeline that would involve messing with Infinity Stones in any way might branch his new present into a future where anything can happen, and where defeating Thanos isn’t guaranteed.

The safest play for the retired hero is to try to blend in, and avoid any chances of messing up with a timeline that will eventually include a massive Avengers defeat over Thanos.

The clip at the end of this post does explain all the tiny Easter eggs the writers and directors may have sneaked in previous Captain America films to accommodate the completion of Steve’s arc in Endgame.

Tweet
Reminder: You’re crazy if you have Verizon and you don’t get your free year of Disney+