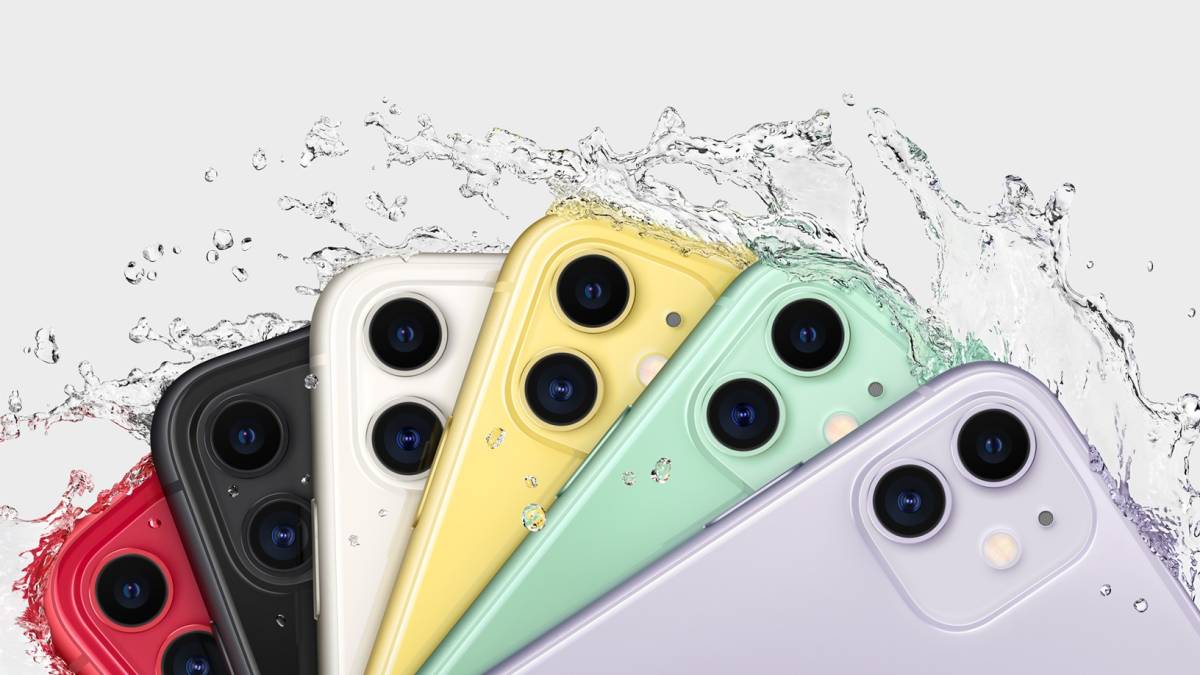 The iPhone practically sells itself these days. It might not break sales records, but then again no other phone can boast similar sales performance as the latest iPhones. And the first reports out there already say the iPhone 11, iPhone 11 Pro, and iPhone 11 Pro Max have been selling better than their predecessors. With a few days to go until the three handsets reach stores, the first reviews are in for all three models. And, spoiler alert, these are the best iPhones ever made, with the iPhone 11 easily being the phone that most people will want to buy.

Several publications and blogs split the reviews into two parts, one dedicated to the cheaper iPhone 11 and one dedicated to the 11 Pro models. In what follows, we’ll give you a taste of what these iPhones will have to offer, according to reviewers, including video reviews where available

It’s not about the 80% case, it’s about the 20% of people that need or want something more out of their equipment.

For this reason, the iPhone 11 is going to sell really well. And it should because it’s great. It has the best new lens, an ultra wide that takes great family photos and landscape shots. It has nearly every software feature of iPhone 11 Pro. But it doesn’t have the best screen and it doesn’t have telephoto. For people that want to address edge cases – the best video and photo options, a better dark mode experience, a brighter screen — the iPhone 11 Pro is there — for everyone else, there’s still fiscal 2020’s best selling iPhone.

I lean to the smaller iPhone 11 Pro as my favorite iPhone this year. But for most people who are in the market for an iPhone upgrade, I’d recommend the iPhone 11. Or just wait. You’re definitely OK with last year’s phone, and I’d even stay put if you have an iPhone 8 or iPhone X. Next year’s iPhones could be part of a big upgrade cycle that’s likely to include 5G. And Google’s new Pixel 4 phones are right around the corner.

This year’s iPhone 11 models are boring upgrades, but they are good ones. And, all three are worthy of being called “Pro.”

And the iPhone 11 Pro review :

The best iPhone this year is the iPhone 11 Pro, but it’s mostly because it has a full package of slightly better antennas, a better battery, a higher-quality OLED display, that added telephoto camera and an 18-watt charger in the box. (That charger should have been included with the iPhone 11 too.) But in most instances, except for that camera, I’m not sure I’d need it. I felt the same way last year when I compared the iPhone XR with the iPhone XS.

The phones are fast. Downloading apps is fast. Switching between apps is fast. Processing and editing photos is fast. Apple Pay is faster on this phone; Face ID feels slightly faster. FaceID supports more face angles too, which means that, as I write this, I can lean over the iPhone 11 resting on my coffee table and it will unlock. AirDrop feels like a dream and may get even better once a later update to iOS 13 enables Apple’s new U1 chip, which helps nearby iPhones find each other. The new phones also support faster gigabit LTE than previous phones and, whenever it’s widely available, Wi-Fi 6.

Also Goode on the iPhone 11 Pro:

Both the iPhone 11 and the new Pro phones have a new “Night Mode,” which is automatically activated in dark environments and tells you how long you’ll have to hold the phone steady for to capture an optimal shot. I already love it. It’s so much more intuitive than swiping through settings to find a dedicated night mode. The additional camera lens on the back of the iPhone 11 Pro and iPhone 11 Pro Max, combined with the image signal processing in the phone’s A13 Bionic chip, means that the Pro phones perform even better in low light than the iPhone 11 does. The iPhone 11 Pro and Pro Max also take better Portrait photos.

One day, I’ll tell my grandchildren of a time before the iPhone 11.

I’ll regale them with stories of portable chargers the size of cinder blocks strapped to the backs of our phones. I’ll tell them how we scoured walls in search of power outlets. I’ll describe the panic that set in when the red empty-battery icon dipped below 5%.

In the scheme of iPhone upgrade history, the new iPhone 11, 11 Pro and 11 Pro Max sure seem boring. Same designs…but new colors! Cameras…but three of them! Glass…but stronger?! After a week of testing, I can tell you that’s mostly just smoke-and-mirrors marketing, except for one thing many of us have wanted all along: phones that are a bit heavier and thicker—but work when we damn well need them to. Yes, longer battery life.

The 11 uses an LCD screen, for example, which means you don’t get the deep blacks and bright whites in movies that you do with the OLED panel on the more expensive iPhones. Most people probably won’t notice this, though people like me who play with gadgets all day definitely do.

Ignore the noise you hear online. The iPhone 11 Pro and 11 Pro Max are way better looking in person, after you’ve held one in your hands, and used its weirdly aligned triple cameras (there is a reason why they’re like that, which I’ll get into soon).[…]

Apple’s deep software paired with the camera hardware is what sets the iPhone 11 Pro cameras apart and makes zooming between the three cameras feel so smooth; there’s none of the stuttering you see on Android phones when you toggle from one camera to the other.

It’s for this very reason that the three cameras on the back of the iPhone 11 Pros are aligned the way they are: for zooming straight out from the center. On Android phones, where the three cameras are usually aligned in a row, you have to physically shift the phone to the left or to right to recompose a shot, and doing so feels less like zooming in and out and more like switching to separate cameras. It’s a small detail, but if you’re serious about photography, it makes all the difference.

Like the iPhone XR before it, the iPhone 11 is the iPhone I’d recommend to most people. And not just to existing iPhone owners — anyone looking for top-notch cameras should consider this handset, especially because of Apple’s aggressive $699 price. Based on our testing, the iPhone 11 can now hang with or beat the best cameras from Google and Samsung.

The only strikes against the iPhone 11 are its skimpy 64GB of storage in the base model and that a fast charger costs extra.

The iPhone 11 Pro is one of the last great small phones in existence. And that’s no small feat when you consider all of the great stuff Apple packed into this phone. You get arguably the best cameras in a phone along with class-leading performance and an OLED display that outshines most Android phones.