NASA’s TESS — Transiting Exoplanet Survey Satellite — has been scanning the skies for a little over a year now and it’s already returned a massive treasure trove of discoveries. One of its more recent discoveries also happens to be one of its most exciting.

In a new paper published in Nature Astronomy, scientists reveal the existence of three all-new exoplanets orbiting an old star just a stone’s throw from our own solar system. The star, called TOI 270, is surrounded by a trio of planets, including one rocky world and a pair of “sub-Neptune” worlds that scientists are eager to learn more about.

TOI 270 b is the closest planet to its host star, and it’s thought to be a bit larger than Earth. It’s incredibly close to its star, completing an orbit every three-and-a-half Earth days, but because TOI 207 isn’t as intense as our own Sun, the planet isn’t quite as hot as you might expect. That doesn’t mean it’s comfortable, of course, as researchers believe the surface temperature to be at least 490 degrees Fahrenheit, but considering it’s less than one-tenth the distance from its star as Mercury is from our Sun, it’s not that hot. 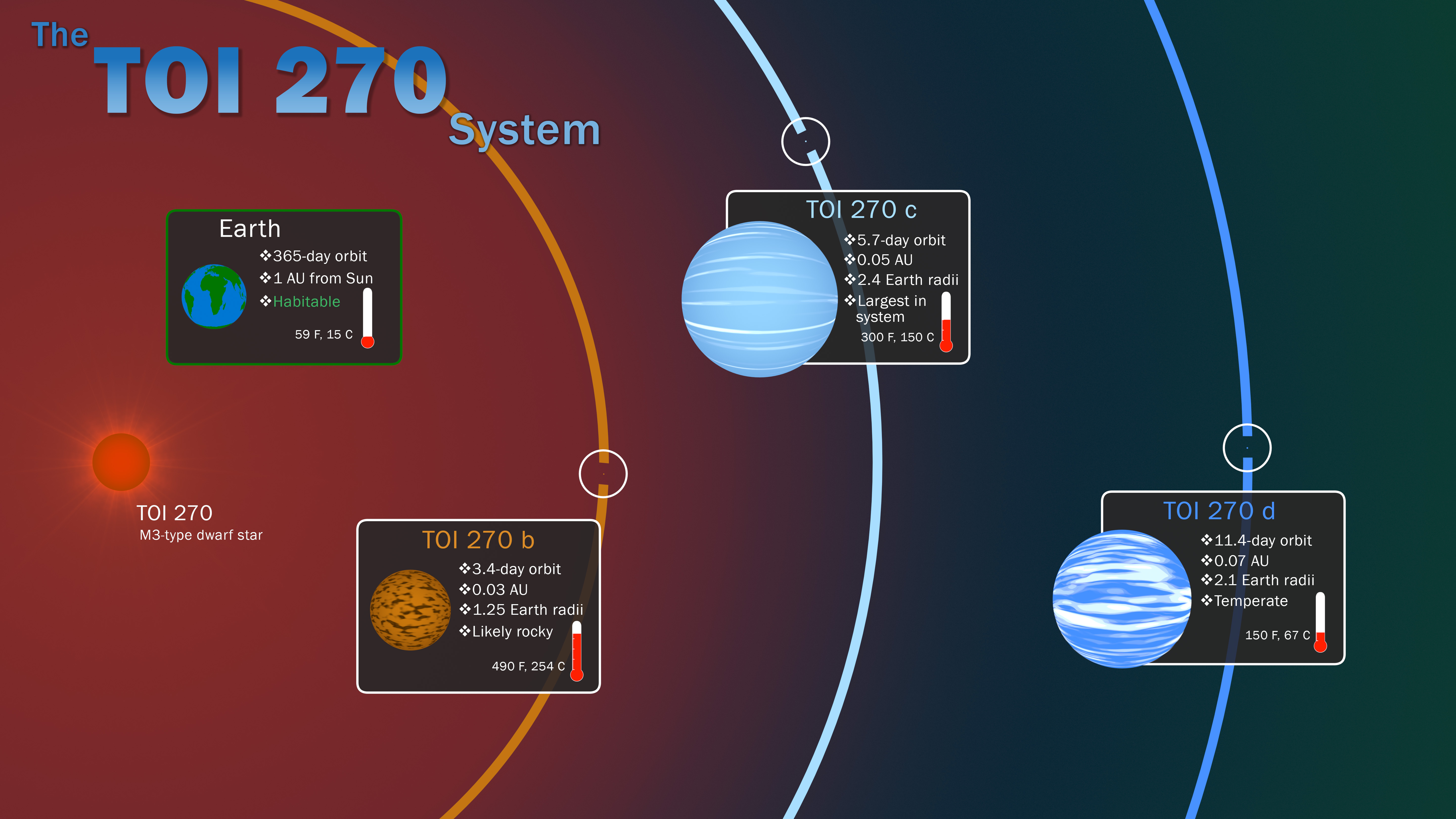 The other two new exoplanets — TOI 207 c and d — are thought to be primarily gas, like our own Neptune, but significantly smaller. They’re also quite close to their host star, with orbits of 5.7 and 11.4 days, respectively.

Neptune is incredibly frigid due to its extreme distance from our Sun, but these two new sub-Neptunes are quite a bit warmer. TOI 270 d is estimated to be around 150 degrees Fahrenheit, which would be the most similar to what we experience here on Earth. However, even if it does have a rocky core inside its atmosphere, it’s still too hot for liquid water to pool, making the chances of life very slim.

Going forward, astronomers hope to continue to observe the system, located just 73 light-years away, and potentially find even more exoplanets hiding out there. If there are rocky worlds at a greater distance from the star, the chances of those having habitable conditions would be significantly greater.