If you’ve opened the Netflix app on your smartphone or tablet recently, you may have noticed the addition of a new “Extras” tab that the streaming giant has added as part of a test with a subset of its massive user base. The new feed is basically a scrollable assortment of trailers, photos and other details about upcoming Netflix shows that feels a little like an Instagram feed.

On iOS, the “Extras” tab can be seen added to the bottom strip of menu items (assuming you’re part of the test group). Netflix added it to the lineup of choices that include the “Home” and search options, without replacing any existing elements.

“We are testing a feed of video extras in our mobile app to help fans connect more deeply with the titles they love and discover new ones to watch,” a Netflix spokesperson told Variety. “These tests typically vary in length of time and by region, and may not become permanent.”

Perusing the Extras feed today reveals content like a Stranger Things trailer, a teaser for the upcoming Adam Sandler-Jennifer Aniston Netflix movie Murder Mystery and more. While the videos shared in the feed play automatically, they do so without sound. Occasionally, the feed is interrupted with image galleries that you can swipe through horizontally — again, Instagram-style. 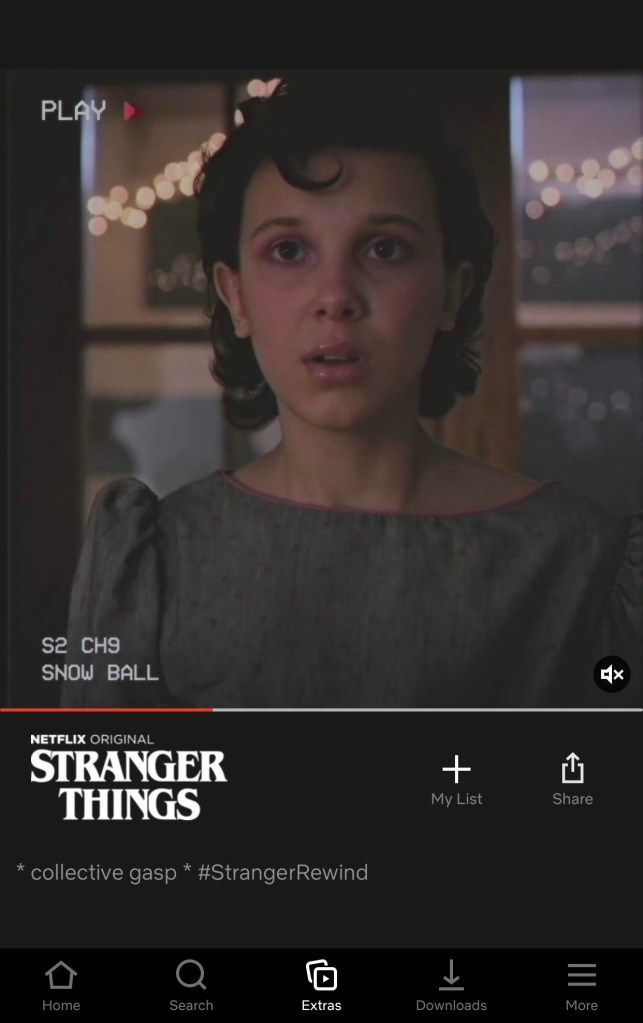 As one of the most popular and arguably must-have mobile apps, Netflix is of course constantly testing new features like this. Back in April, we told you about the possibility of Netflix adding a shuffle feature, which would serve you random episodes of shows so that you could enjoy your content passively, Pandora-style.

Netflix confirmed the shuffle episode test in an email to TechCrunch, in which a spokesperson explained that “We are testing the ability for members to play a random episode from different TV series on the Android mobile app. These tests typically vary in length of time and by region, and may not become permanent.”