This is the ‘Game of Thrones’ finale we all deserved 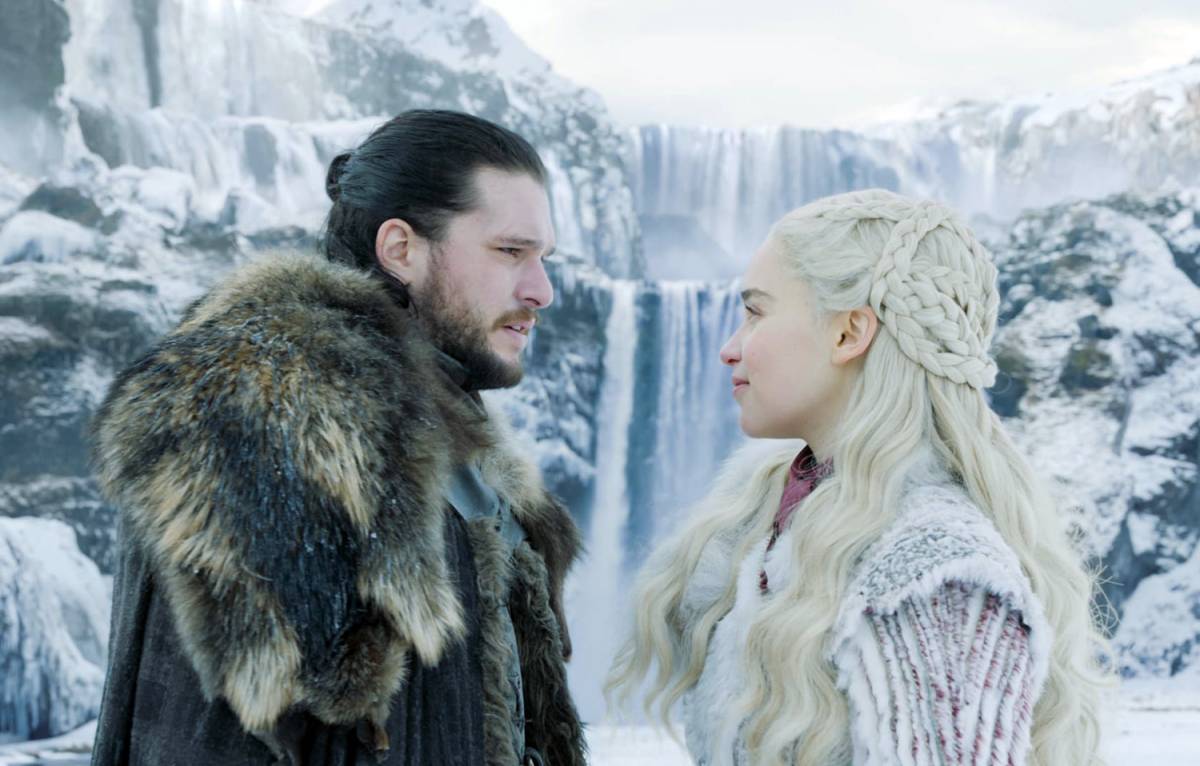 The final episode of Game of Thrones airs on Sunday night on HBO, and millions of people are going to watch it in spite of how bad the final season has been so far. Millions more are going to be late for work before it, because, let’s face it, it’s the biggest TV show there ever was.

I decided I wasn’t going to wait until it airs, and having just seen it, I can say that it’s about as satisfying as you’d expect from the finale of a series that kept us on the edges of our seats for almost a decade. That’s not to say it was perfect — no series finale ever is — but it sure got us to end of this massive tale, leaving us wondering where things will head next in Westeros. Mind you, some spoilers will obviously follow below so stop reading if you want to be surprised.

From the moment David Benioff and D.B. Weiss’s story left the books behind, it became clearer and clearer that some (most?) of the magic would be lost. It’s one thing to rely on George R.R. Martin’s intricate story and quite another to make it up as you go along, even if Martin helped with the finale. After all, Benioff and Weiss said for a while now that they knew exactly where the story was going, and they’ve always had a plan for how to finish the series.

Some fans will not be happy with the way things end, with the arcs of their favorite characters, or the way the showrunners went about this season. I’ve said this before and the feeling is still here. It sure seems like we’re sprinting through this series, as there are plenty of moments that deserve more screen time. And we still have so many things that defy logic all for the sake of the story. But we’ll just have to forgive Benioff and Weiss, considering how it all ends.

Before I tell you how things end for each of the main characters, I’ll explain why the ending is so great. It leaves things open to the imagination. There’s no happy or sad end here; this is just life in the Seven Kingdoms. Let’s not forget that each generation seems to have their period of conflict, followed by a spell of peace and prosperity. Ned and Robert’s generation had to deal with war, bloodshed, shocking secrets, and heartache. Nothing changes for Jon, Sansa, and Dany’s generation. Out with the old and in with the new, as they say, but the same game of thrones will always be played. It’s only the pieces on the board that change and winter is always coming to Westeros. Sure, we have dragons now, for however long that lasts, but Westeros has witnessed these magical creatures before.

The Jon Snow and Daenerys dynamic is so fun to watch. One is looking to uphold the code of honor he learned from the man he considers his father, and the other would do anything to sit on the iron throne. It’s also abundantly clear from the meaningful interactions between the two during the finale there’s plenty of passion and love there, no matter how problematic it might all be because of Jon’s true identity.

Tyrion’s near-death experience serves the story well, further advancing his arc. He may be a dwarf and the outcast Lannister, but he won’t shy away from a fight, or at least intense verbal confrontation just because of his stature. And nobody likes dwarf jokes anyhow, especially the bad kind.

Sansa and Arya prove that they’re the future of Winterfell, and maybe of all of Westeros. They’ve grown a lot in the decade we’ve been with them. Arya may be a dangerous opponent, but Sansa is just as fierce. She may as well be the smartest person left alive in the North, and you can tell she learned so much from everything she had to go through to get back home and lead her people. Even from Littlefinger, the kind of Game of Thrones villain we’ll certainly miss.

Sansa’s brother Bran has reached a place where he could be of immense help to his siblings, given that he’s able to warg into anything that moves and witness everything that happened in the past. He’s an invaluable resource, the sort of Google-of-Westeros that any ruler might need. He could also be the perfect ruler for the Seven Kingdoms, although three-eyed-ravens shouldn’t really do any of that. Pair Bran with Sam, and you’ve got a duo of advisers who happen to have everything you’d need to understand the current state of affairs in Westeros. The two of them could point out exactly why the ongoing conflict is so misconstrued and explain it in layman’s terms to everyone in the realm, from nobleman to farmer. Bran and Sam could indeed pave the way for long-lasting peace, although this is just speculation given how the finale ends.

Aside from Tyrion, the Lannister family name might be doomed, although we’re all left to wonder what will happen next. Cersei lied to everyone including Jaime when she pledged her armies to fight the Night King, something we should have all seen coming, and something that would come to haunt her. Jaime’s decision to head up north, even if it all meant going up there by himself to face a bunch of people who want him dead, was a massive development for the character, who may have finally redeemed himself after all.

Finally, there’s the Night King’s arrival at the Wall and the complete destruction of the Watch’s defenses. Just wow! By the way, did Tormund and Beric survive all that chaos? We may never know.

The Night King is finally moving south, riding a dragon and leading one of the biggest armies the Seven Kingdoms has ever seen. The upcoming battle between the dead and the living will be epic and catastrophic, and if there’s one thing that saddens me about the finale it’s that we’re never going to get to see that battle take place. Game of Thrones already delivered a couple of epic battles, including Hardhome and the Battle of the Bastards, and the only thing that could outdo those clashes is a fight against the Night King and his any of wights.

But herein lies the beauty of the Game of Thrones finale. We never get to see that battle or how the dragons will face off. We never get to see how Jon finds out he’s the true heir to the throne, or find out what that revelation will do to his relationship with Dany and the Stark children. We never get to see the Cleganebowl we’ve been promised but don’t really need. We’ll never see who kills Cersei or whether she actually dies in the upcoming clash. And we’ll never learn who will occupy the Iron Throne in the end. It’s all left to our imagination, and that’s why HBO’s glorious conclusion to Game of Thrones season 7, which also happens to be the final episode of the series, is so amazing. After all, no matter how all these characters deal with their demons, they’re all just ever-changing pieces on a Game of Thrones board that never changes.

Hat tip to Reddit users MetalAxeToby and Mindflux86 who inspired this post, and the millions of Game of Thrones fans who deserve so much better.

Tweet
Everything new coming to Netflix this week, and everything leaving (week of May 19)