The OnePlus 7 Pro is finally here, and it’s unlike anything you’ve seen before 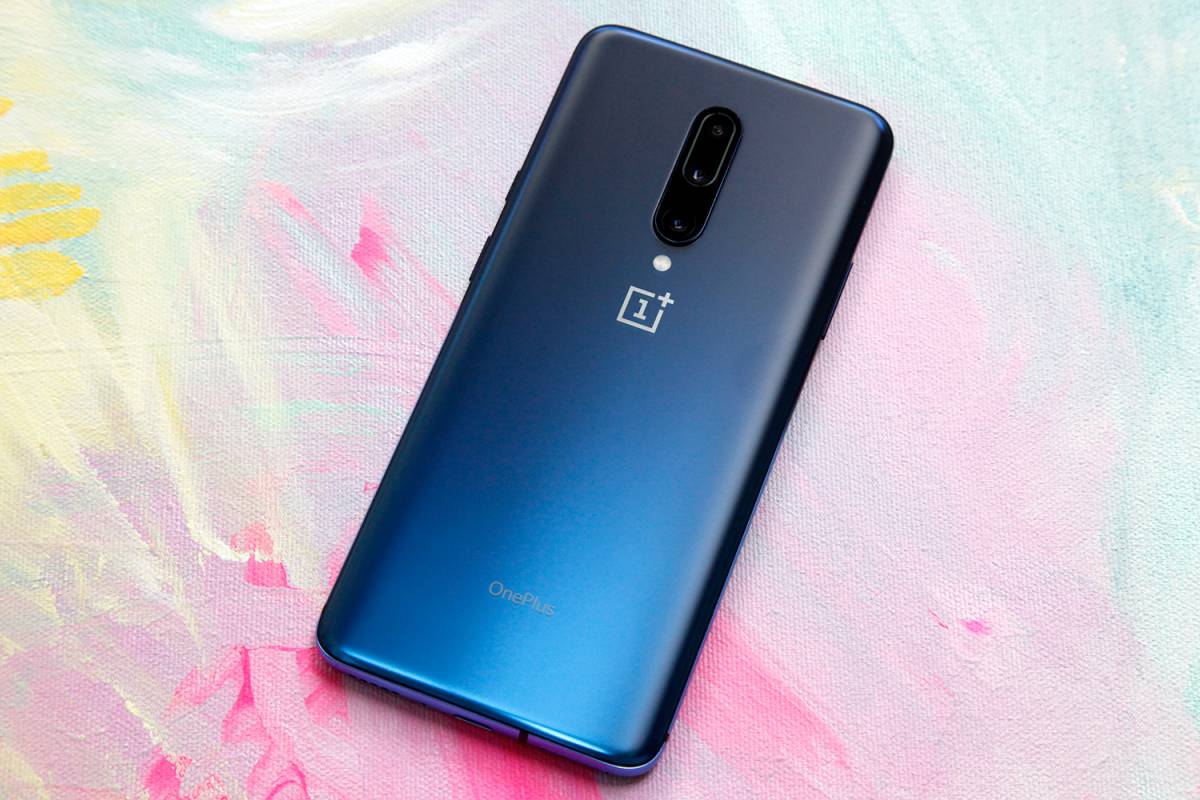 Will any flagship smartphone announcement ever be a surprise again? At this point we highly doubt it, considering all the leaks and rumors that precede every single major smartphone unveiling these days. The OnePlus 7 Pro is finally official and while nothing OnePlus announced on Tuesday will come as much of a surprise to anyone who has been following all the leaks, the sleek new flagship phone is no less exciting than it would have been had we not already known everything there is to know.

The OnePlus 7 Pro features bleeding-edge specs, more power than any other Android phone on the market right now, and a stunning design that’s unlike anything we’ve seen before in the United States. While OnePlus hasn’t announced a firm figure for the phone’s screen-to-body ratio, this is as close as we’ve come to a true “all-screen” phone. There’s no big notch like the one on Apple’s iPhones, no teardrop notch like there was on last year’s OnePlus 6T, and no big bezels anywhere around the screen. It’s gorgeous. The OnePlus 7 Pro is also packed with new features we’ve never seen before on a OnePlus device, including one of the most impressive cameras we’ve ever tested. It’s not all good news, however: the OnePlyus 7 Pro is also the most expensive new flagship phone OnePlus has ever released. It still costs far less than comparable handsets though, and Android fans will be more than willing to pony up when they see how impressive this new flagship phone truly is.

Before we dive in, you might be wondering why the OnePlus 7 Pro is the only new OnePlus phone we’re talking about here. It’s an understandable question, considering it’s one of three new smartphones OnePlus unveiled on Tuesday. The answer is pretty simple, though: it’s the only model that will be sold in the US. The entry-level OnePlus 7 won’t be sold here because the OnePlus 6T will remain available instead — at a new lower price (8GB/128GB for $549, 8GB/256GB for $599) — and the high-end 5G version of the OnePlus 7 Pro won’t be sold here because 5G networks won’t be widely available in the US for quite some time.

Starting with the OnePlus 7 Pro’s new design, it’s easily one of the sleekest phones that has ever been built. It features a huge 6.67-inch “Fluid AMOLED” screen that is curved on both sides like Samsung’s Galaxy S and Note phones. The screen has plenty of cool features like a larger, faster in-display fingerprint sensor and HDR+ support, but two main things separate OnePlus’ new display from anything we’ve seen so far on other phones. First, the OnePlus 7 Pro is the first smartphone to feature a 90 Hz refresh rate, This means animations, scrolling, and pretty much everything else is smoother on the OnePlus phone than it is on rival handsets. Second, the OnePlus 7 Pro’s screen has wonderfully thin bezels all around it, and yet it still doesn’t have a notch like an iPhone or a hole-punch camera like Samsung’s Galaxy S10 series. In fact, there’s no selfie camera anywhere to be found on the OnePlus 7 Pro.

No, OnePlus isn’t crazy. The company knows most people would never buy a phone without a front facing camera. Instead of placing the camera in a bezel, a notch, or a hole cut out of the screen, OnePlus placed the front-facing camera in a small mechanism that pops up from the top edge of the phone. This happens automatically whenever the front-facing camera is needed, and it raises and lowers quite quickly. It also has an internal grommet to prevent moisture and dirt from getting in, and a cool safety feature to protect it from damage. If the phone’s accelerometer senses a drop while the camera is open, the phone automatically retracts it to avoid damage. In terms of distance, we found in our tests that the camera is fully retracted within about 2 feet.

Speaking of cameras, improving the rear camera was a huge focus for OnePlus and the company definitely didn’t fail to impress. A new triple-lens rear camera features a 48-megapixel main sensor, an 8-megapixel 78mm telephoto sensor for 3x optical zoom, and 16-megapixel ultra wide angle lens that captures a whopping 117°. The first two sensors are both supported by optical image stabilization as well as electronic image stabilization, and the OnePlus 7 Pro’s new autofocus system uses three different technologies — PDAF, CAF, and laser focus — to help ensure images are crisp and clear every time. How well does it all come together? The OnePlus 7 Pro’s rear camera scored a 111 on DxOMark’s rigorous testing, just one point off the all-time high.

Where speed and performance are concerned, the OnePlus 7 Pro is the most powerful Android smartphone to date. 6GB, 8GB, and 12GB versions are available, and the phone has a RAM Boost feature that automatically and intelligently allocates RAM to certain apps and processes based on the user’s habits. The OnePlus 7 Pro is also the first smartphone to use new UFS 3.0 flash storage chips. According to OnePlus, the phone’s storage is nine times faster than the UFS 2.1 storage used in other handsets. Thanks to the Snapdragon 855 chipset and other optimizations, the large 4,000 mAh battery provides about the same battery life as last year’s OnePlus 6T despite the larger, power-hungry display. It also comes equipped with the Warp Charge 30 tech OnePlus introduced on its McLaren Edition 6T last year.

The only real downside to be found is that the OnePlus 7 Pro is more expensive than last year’s OnePlus 6T. We have come to expect a small price increase from one year to the next, but this year’s increase is substantial — the entry-level OnePlus 6T cost $549 when the phone was released last year, while the most affordable OnePlus 7 Pro is priced at $669. Here’s how the different SKUs are priced:

The new OnePlus 7 Pro has an official release date of Friday, May 17th, and it’ll launch alongside new “Bullets Wireless 2” Bluetooth earbuds for $99. Of note, some OnePlus fans in New York City will be able to get it sooner than that. The phone will be sold by T-Mobile in addition to OnePlus’ online store, and the T-Mobile flagship store in Times Square will begin selling the OnePlus 7 Pro today, March 14th, at 2:00PM ET. T-Mobile will only carry the 8GB/256GB version of the phone, but it will offer both color options. 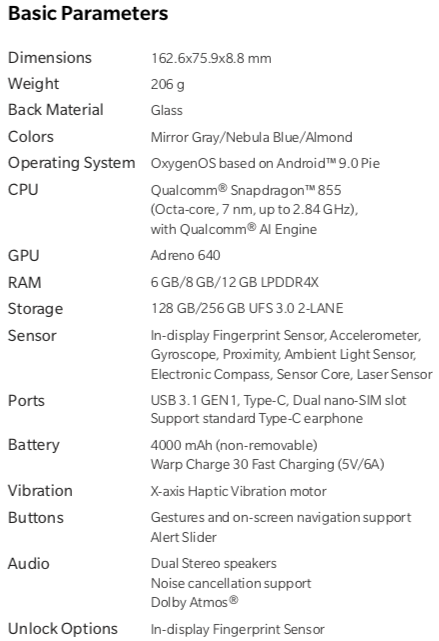 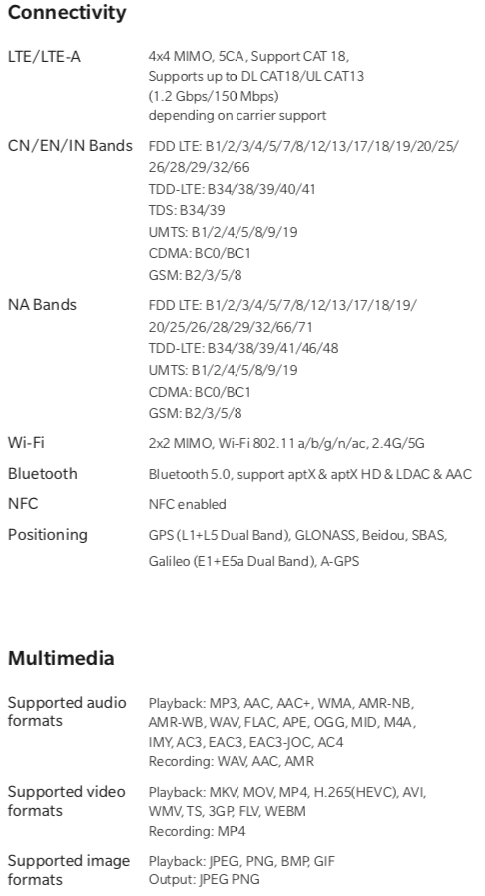 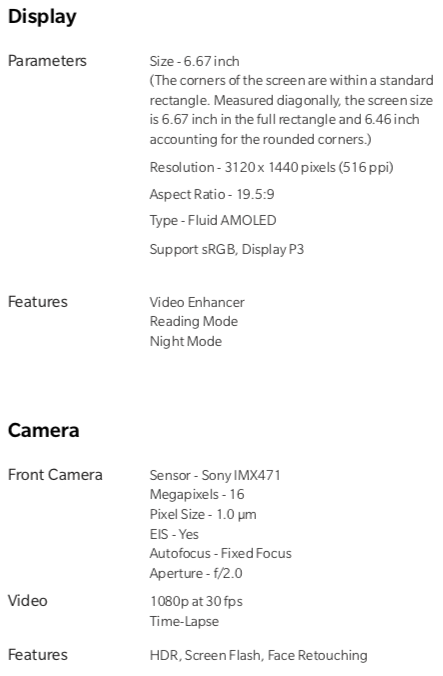 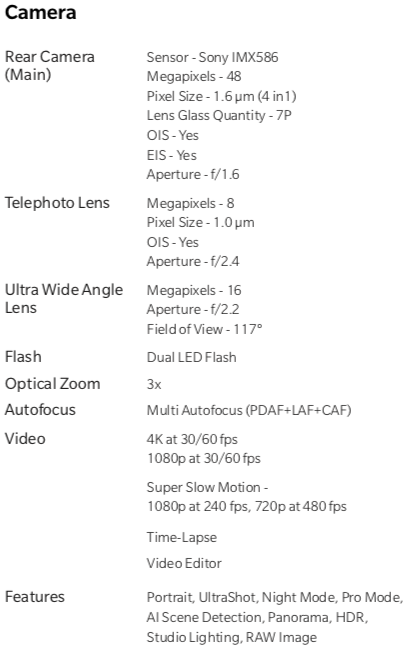