NASA’s InSight robot is now covered in Mars dust, but that might actually be good news

Mars is a dry and dusty place, and strong winds can kick up huge plumes of material that block out the Sun for days, weeks, or even months at a time. The fate of NASA’s Opportunity rover — which shut down after a colossal dust storm prevented its solar panels from generating power — was a harsh reminder that the Red Planet is a dangerous place for robots.

When dust settles anywhere on Mars, including NASA’s robots, it doesn’t usually stay there for long. Strong winds that whip across the planet tend to kick it right back up in events casually referred to as “dust clearings.” The InSight lander, which is now the best weather tool available on Mars, the gathering and clearing of dust can offer new data on how strong the winds are and how much dust the Martian wind kicks up.

“On Feb. 1, the 65th Martian day, or sol, of the mission, InSight detected a passing wind vortex,” NASA explains in a new post. “At the same time, the lander’s two large solar panels experienced very small bumps in power — about 0.7% on one panel and 2.7% on the other — suggesting a tiny amount of dust was lifted.”

Comparing the two images of InSight — one taken shortly after landing and the second taken more recently — you can clearly see the dust beginning to build up on the spacecraft: 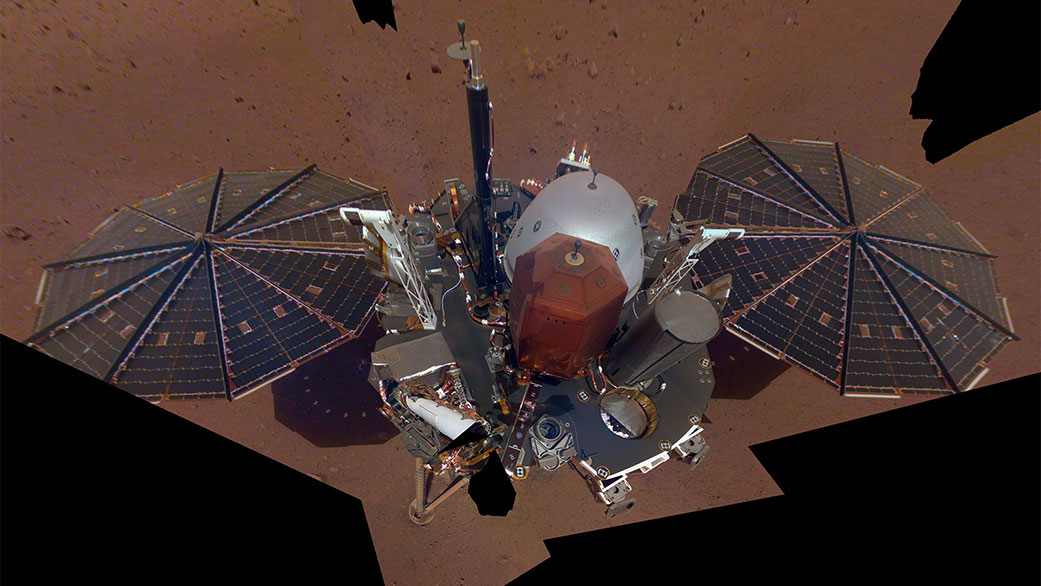 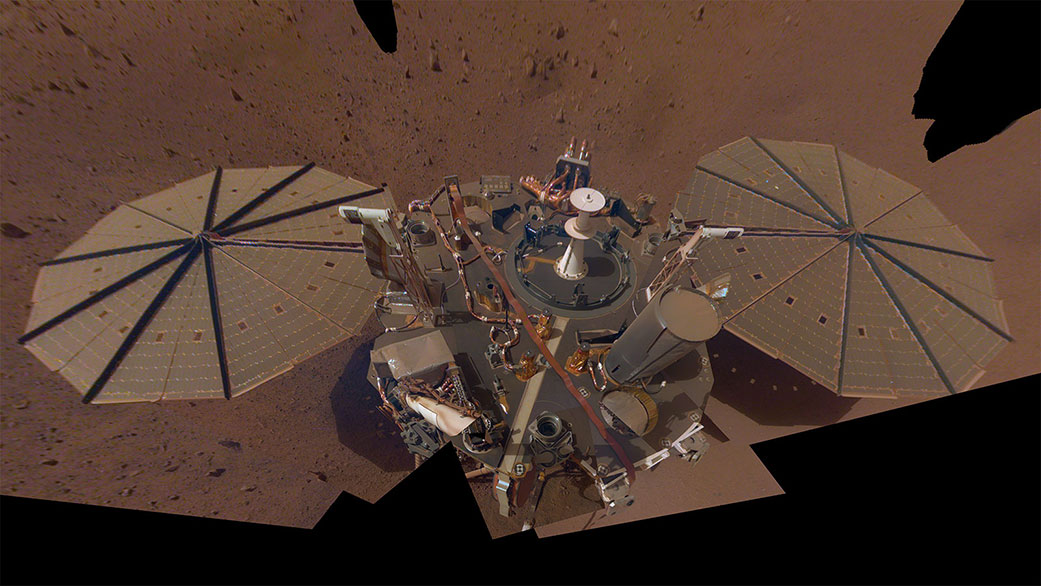 The good news is the robot isn’t in any danger of powering down for good, and NASA is excited about the new discoveries the changes in dust levels could provide as they strive to better understand how Mars weather affects the planet’s surface.

“It didn’t make a significant difference to our power output, but this first event is fascinating science,” Ralph Lorenz of the InSight science team said in a statement. “It gives us a starting point for understanding how the wind is driving changes on the surface. We still don’t really know how much wind it takes to lift dust on Mars.”