The 12 Marvel movies you need to see to make the most of ‘Avengers: Endgame’ next week

We only have about a week to go until Avengers: Endgame hits theaters — April 26th is the official launch date for the film, but it’ll premiere on April 24th or April 25th in several markets. Marvel fans who’ve been eagerly waiting the epic conclusion of the Infinity Saga have probably seen all the 21 films from the Marvel Cinematic Universe several times already. I’ve been rewatching all of them, just to get reacquainted to the past, and I’ve probably seen Infinity War at least a couple of times in the past few weeks alone. But I do realize there are many non-true believers among us, people who either haven’t seen any MCU film so far or are far from catching up with what our heroes have been up to. If you’re one of them and plan on seeing Endgame, you’ll probably have a great experience, but you won’t quite get everything. There will be plenty of references to past events, which means the best way of seeing Avengers 4, is by binging on recent MCU films as fast as possible. In what follows, I’ll offer you three recipes that should improve your Endgame experience considerably. I will not spoil anything about the MCU or Endgame, so it’s safe to proceed with this post.

If you have time for a marathon session of 21 Marvel films, from the original Iron Man to Captain Marvel, then, by all means, do watch it. It’ll be totally awesome. Also, if you go down that route, make sure you watch it in the right order of events. That means you’ll have to go to a theater near you at some point to see Captain Marvel before you proceed with the list

If you ignore the parts at the beginning and end of Captain America: The First Avenger, which take place in the present, then that’s the first movie to watch. Then go for Captain Marvel and Iron Man. Here’s are all of them, in the chronological order of events — this is the timeline in the MCU that you need to follow:

At the opposite end, we have the minimal package which consists of just two movies that you need to see before Endgame. Ignore the MCU timeline and all the origin stories and sequels. Just go for Captain America: Civil War and Avengers: Infinity War, just as the Russo brothers said They directed both of them, and Endgame is their final story in the MCU

Just because we have 21 stories in the MCU, doesn’t mean that you have to watch them all to enjoy Endgame — and you might not even have the time to go through them at this point. And there are titles in the list that are harder to rewatch. But there are plenty of Marvel films that will give you so much context about what happens in Infinity War and Endgame. I’ve narrowed the list to a dozen films that you should see by next weekend. These films will help you meet all the major characters in Infinity War and Endgame, appreciate their relationships, explore parts of the various character arcs, and register all the main events in the MCU, since the Iron Man movie that kicked things into gear.
Again, here are the films in the order that you’d need to watch:

I’d venture on to say that Avengers: Age of Ultron Guardians of the Galaxy Vol. 2 are also worthy additions to the list, featuring several plot details that you’d find helpful in the grand scheme of things. Furthermore, Spider-Man: Homecoming isn’t a must-see film ahead of Infinity War and Endgame, no matter how much fans Spider-Man has, though it is an excellent MCU title that does a great job at telling us who this Peter Parker is. 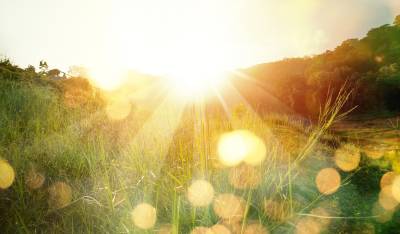