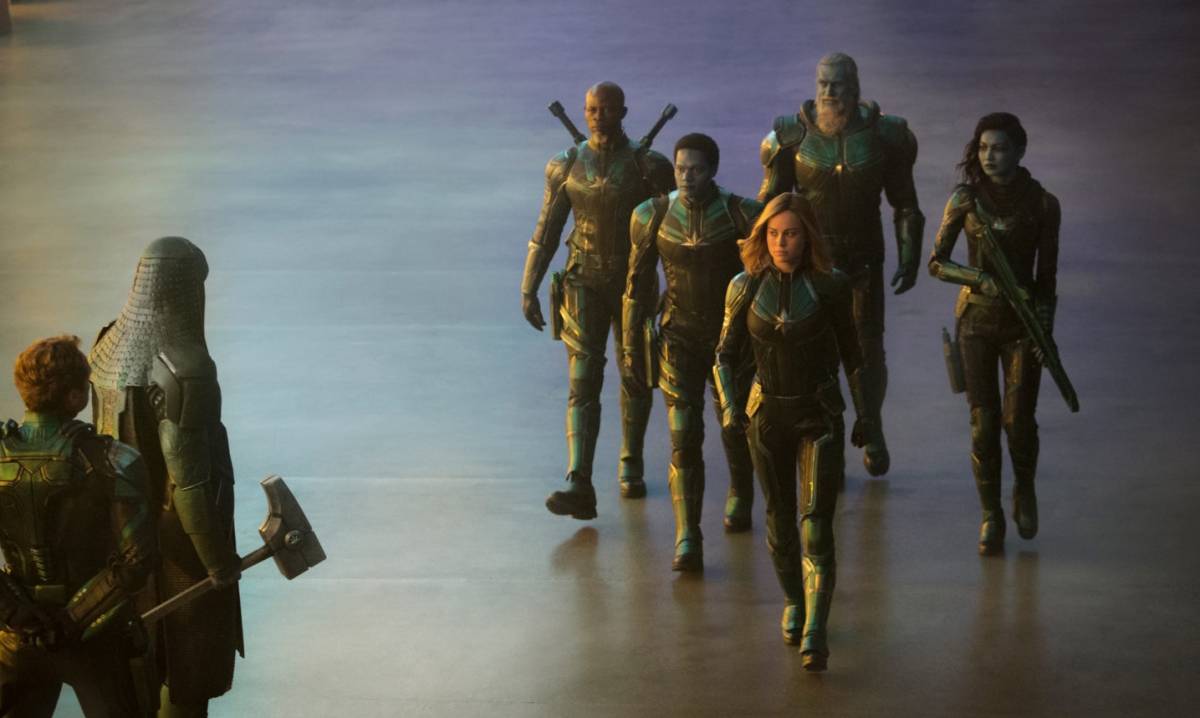 We’ve known for a while now that Captain Marvel will have two post-credits scenes, and both of them have now leaked. We’ve already shown you one of them that was revealed in a huge leak, and it’s a scene that ties Captain Marvel to Avengers: Infinity War and Avengers: Endgame. It’s exactly the kind of scene we’ve been expecting to see at the end of Captain Marvel, but we also have the second credits scene for you now. As was the case before, we’ll warn you that this clip contains a massive spoiler for the entire Avengers saga.

The first credits scene shows the surviving Avengers meeting Captain Marvel in the aftermath of the snap. They’re still trying to figure out who Nick Fury contacted with that pager, and that’s when Carol Danvers appears out of nowhere and asks where Fury is.

The second scene is a lot shorter than the first one, plus it contains no dialogue and no Avengers. This scene stars a certain cat, the one we’ll come to know as Goose in Captain Marvel. If you’re a fan of the comics or if you’ve been following Captain Marvel news, you already know that Goose isn’t your regular cat. That means it’s not about to spit a hairball in the following clip. Instead, she struggles to cough up a Tesseract from her mouth, before dropping it on Fury’s desk.

UPDATE: The video has been taken down.

We’ve seen the Tesseract in a bunch of MCU movies so far, and it first appeared in Captain America: The First Avenger. Howard Stark retrieved it from the ocean after Captain America went missing in the Arctic.

The Space Stone resurfaced more than half a century later, in The Avengers, when Loki managed to steal the Tesseract from SHIELD:

With that in mind, it’s unclear what the credits scene above is supposed to mean. The action likely takes place in the 90s. That office doesn’t look like the kind of office the head of SHIELD would use, so it’s likely that Goose drops the Tesseract on Fury’s desk back then. But SHIELD should already have the Tesseract stored somewhere safely during the 90s. Of course, we have no idea what happens in Captain Marvel or in the MCU timeline before the movie.

I can’t help but wonder about the origin of that Tesseract that Goose drops. Is it possible that there’s a second Space Stone on Earth in the 90s? Or is Goose just giving it back?  While we have no idea how to interpret any of that for the time being, I’ll remind you that everything in this vast MCU saga started with the Infinity Stones, and more specifically, with the Space Stone held inside the Tesseract.

Finally, Flerkens, which is the name of the alien race that resembles earthly cats, have a few unique capabilities. First of all, they’re much smarter than cats. And they lay eggs. Also, they have tentacles that come out of their mouths when they have to defend themselves. But most interestingly, those mouths of theirs contain pocket dimensions that allow them to store any object as well as travel through dimensions. So yes, Goose may be even more important to what happens in the MCU and in Avengers: Endgame than we would have thought.