Captain America and Iron Man might do something they’ve never done before in ‘Avengers: Endgame’ 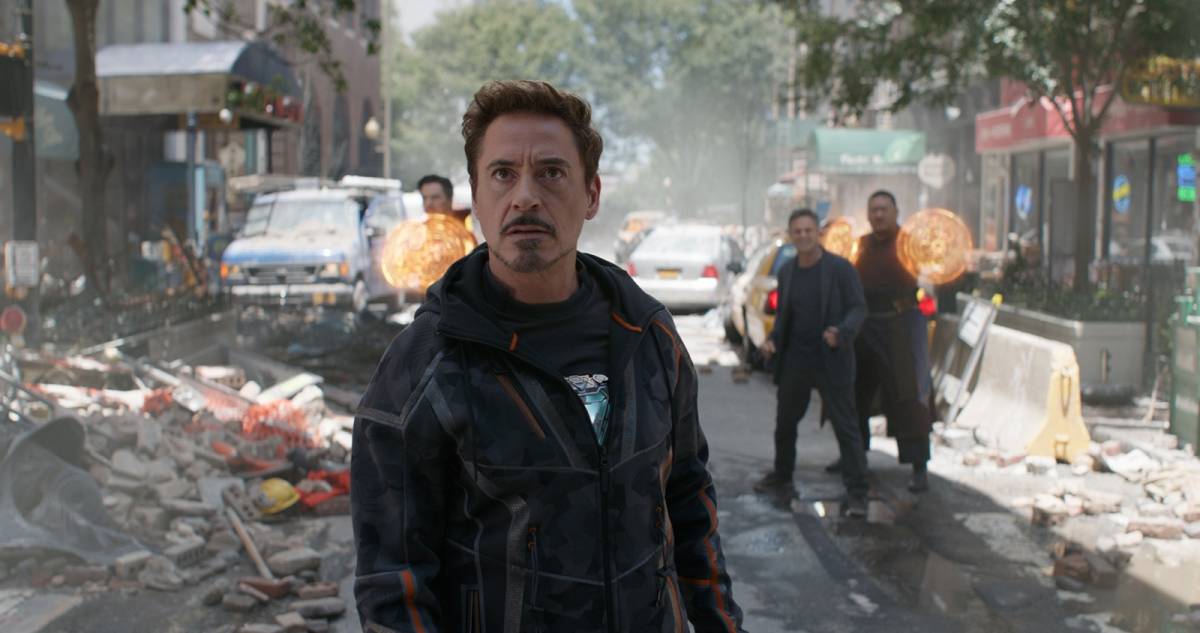 Almost every Avengers: Endgame theory that we’ve seen so far proposes a happy ending that’s still quite sad. That is, the Avengers will win the upcoming fight, that’s for sure, but there’s definitely going to be a price to pay. Thanos paid his dues in Infinity War when he sacrificed Gamora in exchange for the Soul Stone, and it’s very likely that the Avengers will have to make similar heartbreaking sacrifices in order to go back and prevent Thanos from wiping out half of all life in the universe.

Many theories suggest that at least one of the original Avengers will have to make a big sacrifice. They’ll either give up their own lives or see some of their loved ones die to beat Thanos. And it’s often Captain America or Iron Man who are seen paying the biggest prices. They’re the most likely characters to die in Endgame so that other superheroes can replace them at the helm of the Avengers — we already know that Captain Marvel will lead the team in the future.

But this new fan theory offers us an entirely different view of what could happen next, suggesting that Steve Rogers and Tony Stark will each do something they’ve never done before, thus completing their respective character arcs.

Posted over on Reddit, the theory says that only Tony will know how to retrieve the Soul Stone, and that’s because Nebula knows why Gamora died. Or they connect the dots and figure it out. Holding that secret to himself, Tony will then take Steve to Vormir, according to CaptainCayden2077’s theory where he’ll tell him what’s about to happen:

There’s quite a great parallel between Thanos and Tony: the two foresaw a great loss, they proposed an idea to counter the loss, they were deemed mad, ‘the mad Titan’ and mad scientists, and what they foresaw came to pass. Tony leads Cap to the edge of the cliff where the Red Skull will have some interaction with Cap, and then reveal that a sacrifice must be made. Cap will give Tony a look, and the same thing that happened in Civil War will happen here, as a parallel: Cap will ask Tony if he knew. Tony will admit it. Cap is here thinking that Tony brought him there to be sacrificed, to which Cap will suck it up and agree.

This is where things will go differently than anyone expects. Tony will not sacrifice Steve to get the Soul Stone, but instead explain to Cap how things have to go down:

But then the greatest difference between Tony and Thanos will be revealed in Tony’s humanity. He’ll walk to the edge, and ask Cap to push him off. Not only will that contrast Tony and Thanos, but it will complete what Cap and Tony began arguing about in The Avengers, where Cap claims that Tony would never be the one to make the ‘sacrifice play.’ Tony almost sacrificed himself to defeat the Chitauri, but that wasn’t enough. This, again, will have the audience’s emotions overwhelmed. They’ll be begging Tony not to sacrifice Cap for the Stone, and perhaps even questioning Tony’s sanity, and then suddenly, when Tony reveals that he brought Cap there so he, Tony, himself could be sacrificed for the Stone, the audience will shift and realize they also don’t want Tony to be sacrificed. This, to me, feels like something the Russo’s would do.

Earlier, the Redditor explained that the Captain America-Iron Man relationship is the most dynamic one in the MCU movies, and that deep down, Cap doesn’t love anyone more than Tony in the present time. Tony would be the obvious sacrifice that Steve would have to make, even if that goes against everything Cap stands for:

The Russo’s have stated that Cap’s story arc is larger in Endgame than in Infinity War. If we expect to see Steve grow from the beefcake-of-a-man he was in Infinity War, and grow from The First Avenger, we need to see Cap do something he’s never done before, in the same way Tony has grown. The audience must witness Cap make a choice he’s never made in his entire life, one that challenges who he’s always been; that choice is sacrificing someone else. That is a decision that is completely foreign to him, and one that would show just how desperate they really are. For Steve to look someone in the eyes and basically say ‘you’re going to die so I can live on,’ that is an impossible decision.

Tony’s arc would also be complete, as this would be his chance to actually make a sacrifice for the greater good, something he hasn’t really done before despite coming close in the first Avengers film. But his worst fear is having everyone else around him die without him having the ability to prevent it. Dying in exchange for the Soul Stone might be the only way to prevent his catastrophic vision from Age of Ultron from ever becoming reality. Well, we should say “becoming a reality again,” because Tony already experienced tremendous loss back on Titan.

This new fan theory is definitely worth a read, so check it out in full below: