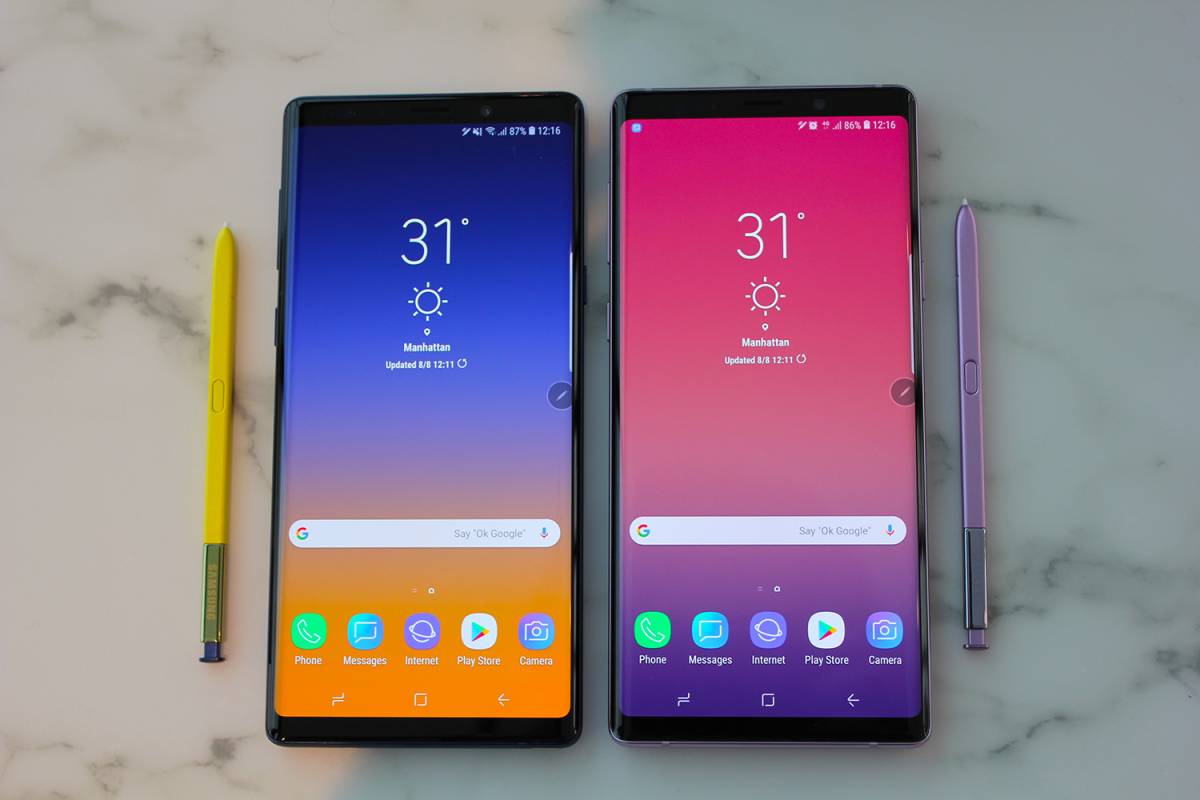 For Samsung, the Galaxy Note line has served as both a spring of innovation as well as a source of unprecedented controversy. No matter how any individual model turned out, the newest Note has rarely been described as boring. In fact, more often than not, the Note line has been the breeding ground for features that will become standard on future models, such as the curved display of the Note Edge or the dual camera of the Note 8.

But following in the footsteps of the Galaxy S9 earlier this year, the Galaxy Note 9 breaks with tradition and employs a series of ancillary changes rather than introducing any major design modifications. At a glance, the Note 9 is tough to tell apart from the Note 8, so are the relatively minor tweaks enough to justify an upgrade?

We haven’t had a chance to benchmark it yet, but Samsung claims that the Note 9 (like all of its phones over the past several years) supports the fastest network speeds of any phone on the market (up to 1.2 Gbps). And for the gamers out there, the Note 9 has a water carbon cooling system with a thermal spreader three times larger than that of the Note 8, which should allow for better cooling performance and smoother gaming sessions.

Perhaps the most exciting evolution of the Galaxy Note 9 is the upgraded S Pen, which Samsung has turned into a remote control with the power of Bluetooth Low Energy. A supercapacitor now powers the S Pen, and the accessory can reach full charge in 40 seconds after being inserted back into the phone.

When you remove the S Pen from the Note 9, you’ll notice a small button right in the middle of the pen. There are three different ways to interact with the button (press and hold, single tap, double tap), each of which will perform a new action depending on how you customize it. By default, pressing and holding the button opens the camera, and from there, a single tap takes a picture, while a double tap flips it into selfie mode. You can set up similar actions for every standard app, and third parties will be able to build S Pen support into their apps as well.

Not every use case of the new S Pen is going to apply to every Note 9 owner’s life, but even in the limited time I spent with the phone, I began to see how I would make use of the built-in accessory if I were to switch phones.

The third and final change that Samsung highlighted in our hands-on meeting was the “intelligent camera,” which are near-identical dual 12-megapixel lenses with dual OIS to that of the Note 8, but with added software enhancements to ensure that every photo you take looks like it has already been professionally edited.

Scene Optimizer, as Samsung calls it, is a feature that will automatically detect a scene or a subject and classify it into one of twenty categories, including food, flora, indoors, and more. It happens almost instantaneously as well — I picked the Note 9 up and pointed it at a stack of macaroons, and a small food icon popped up a second or two later near the bottom of the display. I then panned over to a potted plant, at which point the icon morphed into a flower. Once the phone has detected the scene, it optimizes saturation, white balance, brightness and contrast to best suit the scene. All you have to do is snap the photo, and the phone will do the heavy lifting.

Flaw Detection is the other new feature, and as the name suggests, the Galaxy Note 9 will notify you if the image is blurry, if someone in the photo blinked, or if your lens has a smudge on it. Basically, if the image isn’t optimal, you’ll know right away so you can take another one without having to examine it first.

As expected, the fingerprint scanner has been moved below the camera module on the back of the device, but other than that, the design remains mostly unchanged. You can expect the same Infinity Display, the same headphone jack, and many of the same technologies that you’ve come to expect from the Galaxy Note brand, including IP68 dust and water resistance, fast wireless charging, Samsung Knox, and several biometric security options, including fingerprint scanning, iris scanning and facial recognition capabilities. And yes, Bixby is along for the ride too.

The final piece of the puzzle is a partnership with Epic Games which will bring Fortnite to Galaxy devices before the game arrives on any other Android phone. The Fortnite beta on Android will launch alongside the Galaxy Note 9 on August 9th, and for “the next few days,” only Galaxy device owners will be able to access it. It will be available from the Game Launcher app. Plus, Note 9 and Tab S4 owners will get an exclusive skin. 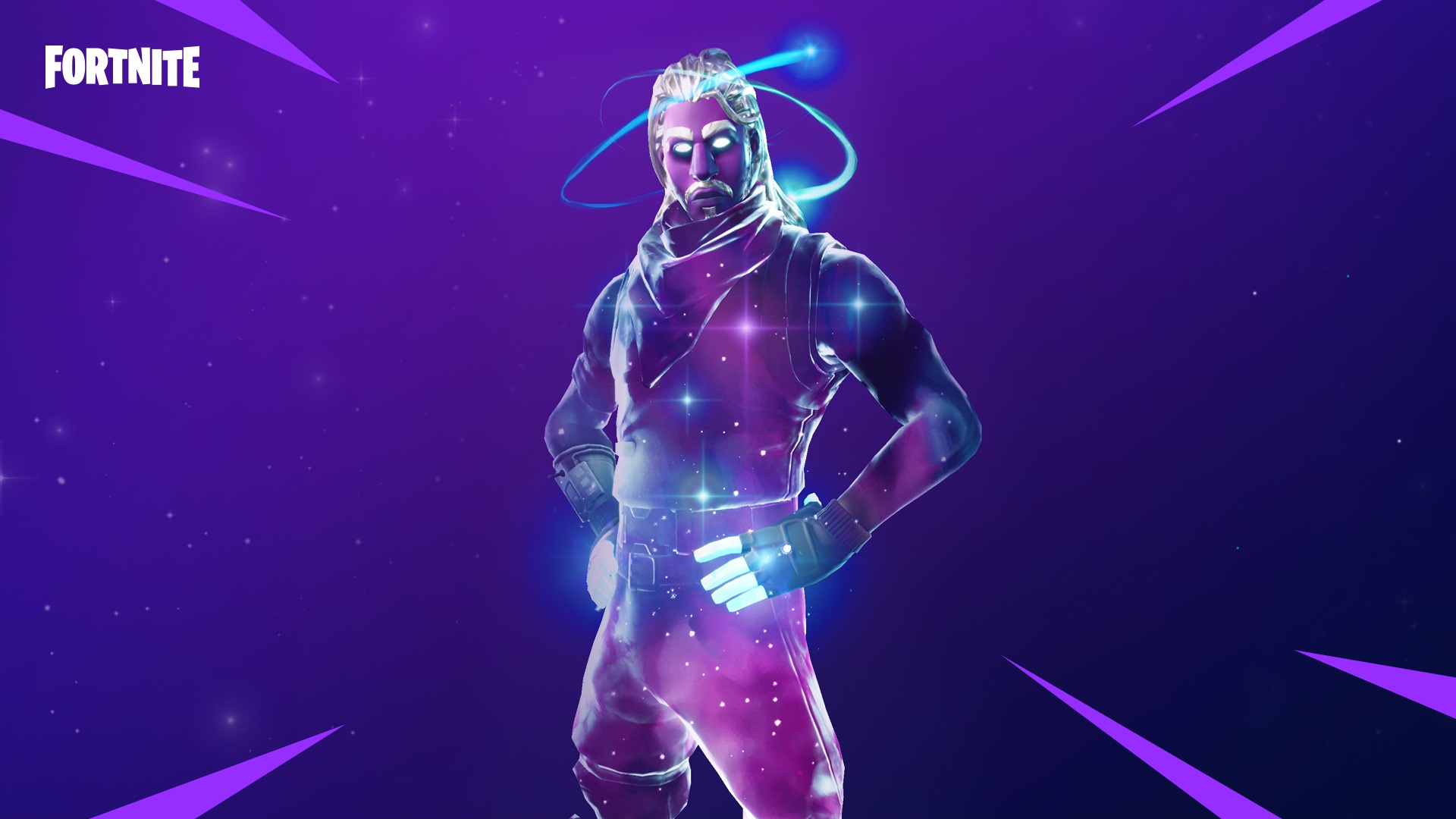 Here are all of the Galaxy devices that will support the Fortnite beta on Android at launch on August 9th:

Samsung’s Galaxy Note 9 will come in Ocean Blue and Lavender Purple color schemes in both carrier and unlocked versions. The 128GB model will retail for $999, while the 512GB model will sell for $1,249. Preorders for both models will begin on August 10th at 12:01 AM EDT, and the Note 9 will be available on August 24th.

If you decide to preorder the Note 9, you’ll be able to take advantage of a special offer from Samsung. The company is offering anyone who preorders the phone between August 10th and August 23rd either a pair of AKG headphones (normally $299) or 15,000 V-Bucks in Fortnite (normally $150) for free. If you simply can’t choose between the two, you can also pay $99 and get both promotional offers (and still save a few hundred bucks).