I remember introducing the rest of my family to rechargeable battery packs about seven years ago, just as everyone was migrating from Blackberries onto a mixture of Android and Palm Pre (!) devices. At the time, a 2,000mAh device that fit in a backpack and gave you 60 percent more battery life was the most magical thing I could remember.

Fast-forward to 2018, and battery packs can do a whole lot more. Thanks to improvements in battery technology, a pack the size of a few decks of playing cards can charge your phone for a week, and USB-C technology means that much bigger and more powerful devices can take a charge.

The usual accessory-manufacturer culprits sell a variety of USB-C battery packs, but upstart companies on crowdfunding platforms have also been exploring what the new technology is really capable. I’ve spent a while using one of the most successful crowdfunded packs, Omnicharge’s Omni 20 USB-C, and Belkin and Anker have cause to be very worried.

The first thing we have to talk about is the price. $199 is more than the majority of other USB-C packs on the market, and simply put, it’s just a lot of money to spend on an accessory. You can buy a decent Android phone for that sort of money these days; spending that much on a thing to charge your other things is a big ask. 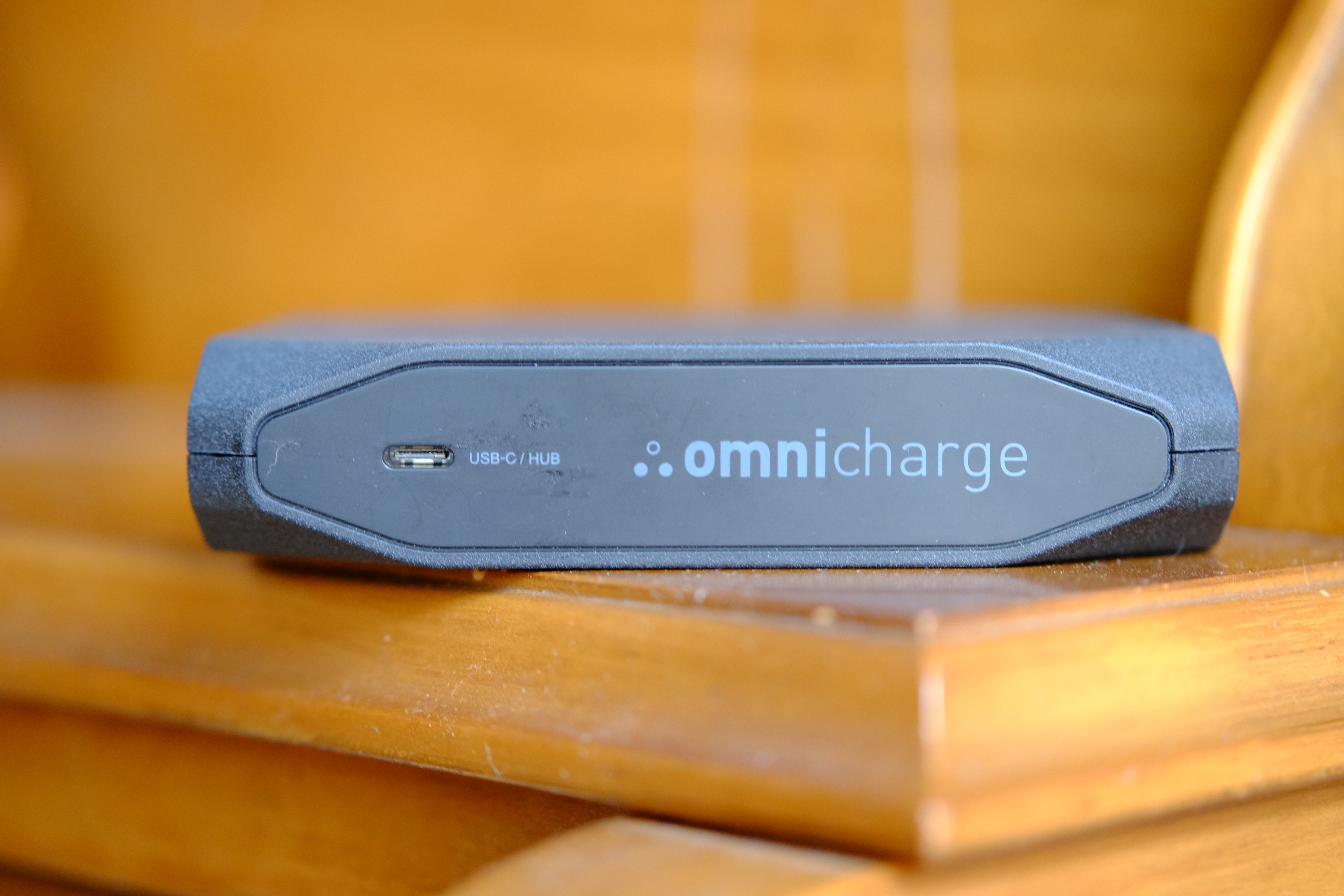 I’m not going to try and make the argument that everyone needs to rush out and buy an Omnicharge pack. But if you’re the kind of nerdy person that sits up reading Amazon reviews of kitchen scissors because you only want to buy the best version of any one item, this review is for you.

Let’s start with the headline specs: you get two USB-C ports, which can be used for charging the battery from the wall or for charging up other devices, and two USB-A ports for charging your assorted gadgetry. One of those USB-C ports also works as a USB-C hub, so you can plug flash drives or whatever into the battery pack and access your files from a laptop or phone. The battery inside has a capacity of 20,100 mAh, and the USB-C ports have an individual max output of 60W and a total output of 100W. That’s enough to charge nearly any USB-C device (including most laptops) at full speed, and to slowly charge something powerful like a MacBook Pro.

The pack charges at 45W using a laptop-style USB-C charger, which means that pack fully charges in just under three hours. The USB-A ports, for what it’s worth, can fast-charge at a maximum of 3A (15W) each.

Those specs would make the Omni 20 a worth competitor to any other battery pack on the market, but it’s the tiny extras that make me particularly love this pack. The best feature is pass-through charging, which allows you to charge other devices while the battery pack itself is being charged. It might sound like a minor detail, but it’s changed how I use the battery pack. I leave the Omni 20 plugged in on my desk and use it as a charging hub for half the day, which reduces the clutter of charging tablets, phones, and Chromebooks at the same time. More importantly, it also means the battery pack is fully charged whenever I grab it to go places.

When I’m travelling, it’s even better: I leave the battery pack inside my laptop bag with all the charging cables hooked up, and when I’m sitting near a wall socket, I’ll plug the laptop charger into the Omni 20, and all my devices are being charged without having to mess with a bunch of separate chargers.

There’s also an OLED screen that provides info on the status of the battery, as well as the power flowing in and out of the battery pack. It’s a neat extra because it lets you see how fast your devices are charging, and troubleshoot if something isn’t juicing up at full speed.

The only question mark I have over the Omni 20 (apart from that price) is the quality control. Hardware from a crowdfunded company is always something I’m skeptical about, and the first pre-production sample of the Omni 20 I tried had issues with consistent charging, especially of higher-powered devices over the USB-C. I’ve been using a production version for the last few months with no problems, however, and hopefully the durability is sufficient to last for years. Build quality certainly doesn’t feel like it comes from a startup, and all the materials and physical controls feel robust.