Instead, the Sleepbuds play audio tracks to drown out ambient noise and help you sleep. They’re fully wireless, designed to be worn overnight while you sleep, and — I feel like this is worth stressing again — have no way to play music of your choice.

Like most questionably useful gadgets, the Sleepbuds started life as an Indiegogo campaign, which raised $450,000. Based on the success of the crowdfunding, Bose is now bringing the Sleepbuds to market as a regular consumer gadget. The unique selling point of the Sleepbuds is the weight and size: Bose says they’re the smallest product they’ve ever made, weighing just 1.4 grams. In that tiny package, you get a battery, miniature circuit board, and a small speaker to play soothing sounds as you fall asleep. 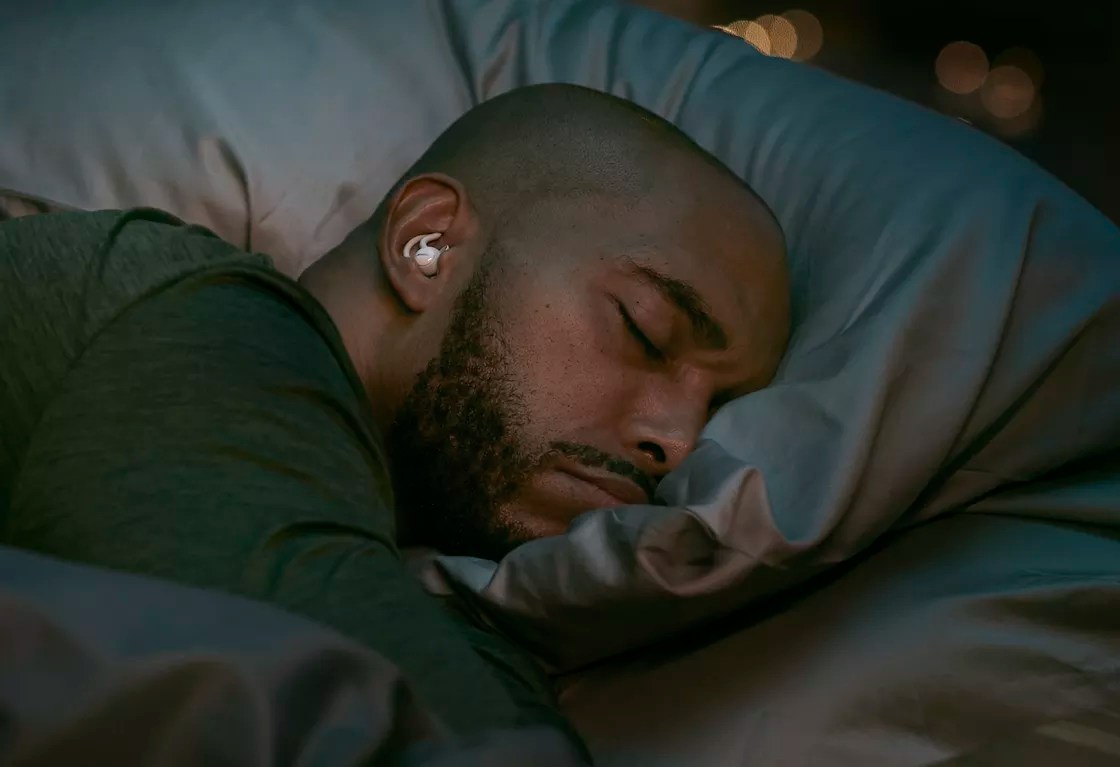 Unlike what you might expect, there’s none of Bose’s world-famous noise cancellation technology inside. The Sleepbuds rely on a selection of 10 calming audio tracks to mask outside noise while you sleep, and your slumber can extend up to 16 hours on a single charge. The audio tracks are a selection of the usual cliche sounds, like running water, ocean waves, or a stiff breeze, as well as more urban white noise like a dehumidifier.

The Sleepbuds use a tiny wireless antenna to communicate with your phone, but only so that you can change settings and swap audio tracks in and out. Bose told The Verge that the speakers aren’t sufficient to play music well, and streaming audio wirelessly also would have cut down on the battery life.

All jokes aside, it seems like a well thought out — if incredibly niche — product, so the real question is going to be how many people will pay $250 for these, versus a pair of earbuds and a firmly closed door.