NASA’s Juno spacecraft has been hanging around Jupiter for a while now, sending back some of the most jaw-dropping photos that mankind has ever captured, but its latest snapshot might be its most impressive yet. Cruising high above the planet’s massive, swirling cloud tops, Juno shot a photo in December that is really one for the ages.

Like a cauldron of milky liquid, this photo of the mighty Jupiter looks more like a giant painting than a planet. With violent storms raging on its surface, the largest planet in our Solar System is one seriously huge piece of eye candy.

“Jupiter completely fills the image, with only a hint of the terminator (where daylight fades to night) in the upper right corner, and no visible limb (the curved edge of the planet),” NASA explains of the photo. “Juno took this image of colorful, turbulent clouds in Jupiter’s northern hemisphere on Dec. 16, 2017 at 9:43 a.m. PST (12:43 p.m. EST) from 8,292 miles (13,345 kilometers) above the tops of Jupiter’s clouds, at a latitude of 48.9 degrees.” 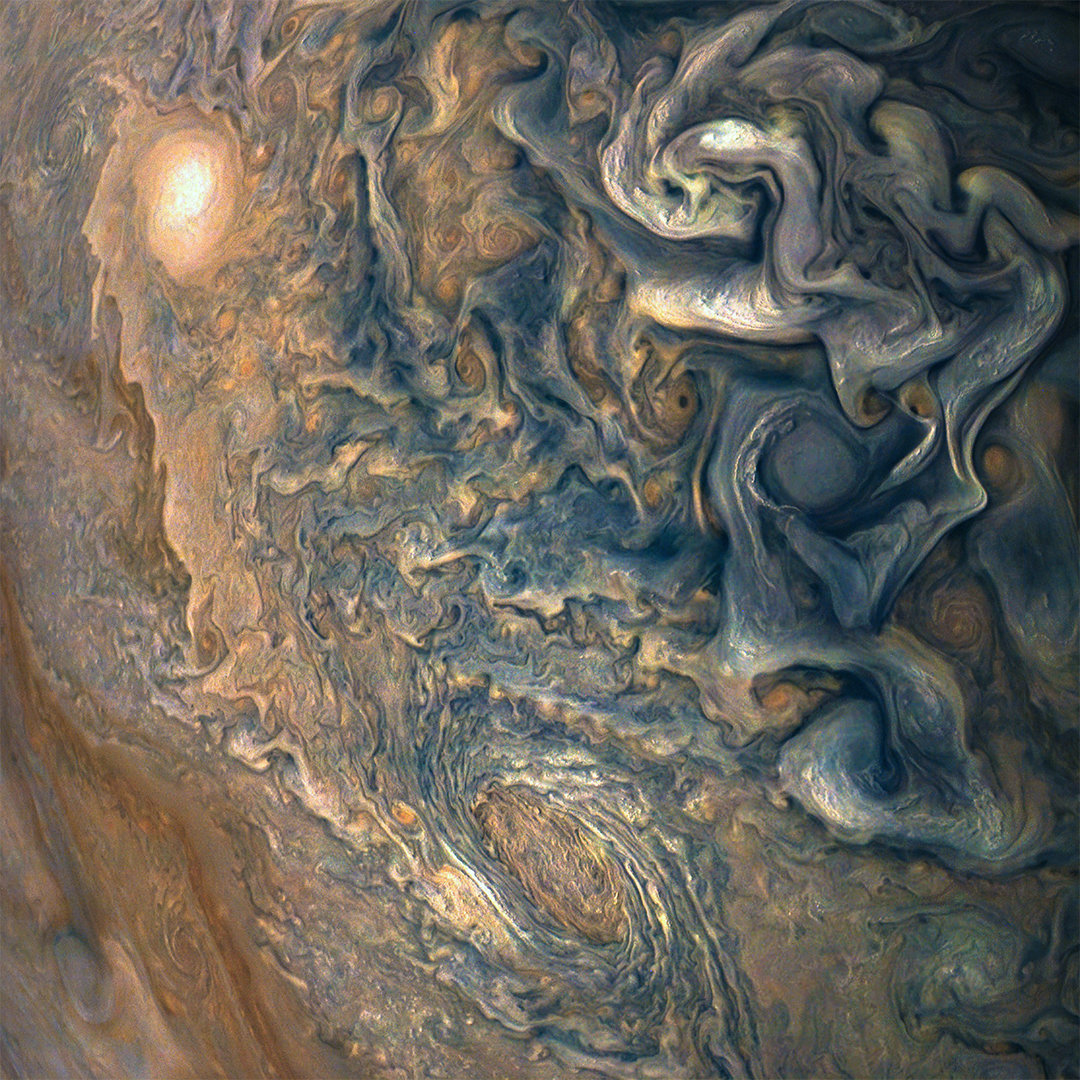 According to NASA, the scale of the image is 5.8 miles per pixel, which gives you a good idea of just how huge the planet and its colossal storm clouds really are.

The photo was taken by Juno and uploaded to NASA’s JunoCam website. There, citizen scientists help to process raw images sent back from space, enhancing color to bring out at much detail as possible while still remaining true to the colorful hues that dominate the planet.

Despite only being on the job for about a year and a half, Juno’s primary mission is already reaching its final stretch. It took five years for the spacecraft to reach Jupiter, and the science phase of the mission is a mere two years long. However, NASA has already stated that it’s considering lengthening Juno’s mission, as the probe has been performing splendidly and shows no signs of dire mechanical issues that would hamper its usefulness.

When Juno eventually reaches the end of its life, it will perform a controlled deorbit, which is a fancy way of saying that NASA will steer Juno right into the planet itself. There, it will collide with Jupiter’s atmosphere and disintegrate.