‘Star Wars: The Last Jedi’ review: This is not going to go the way you think 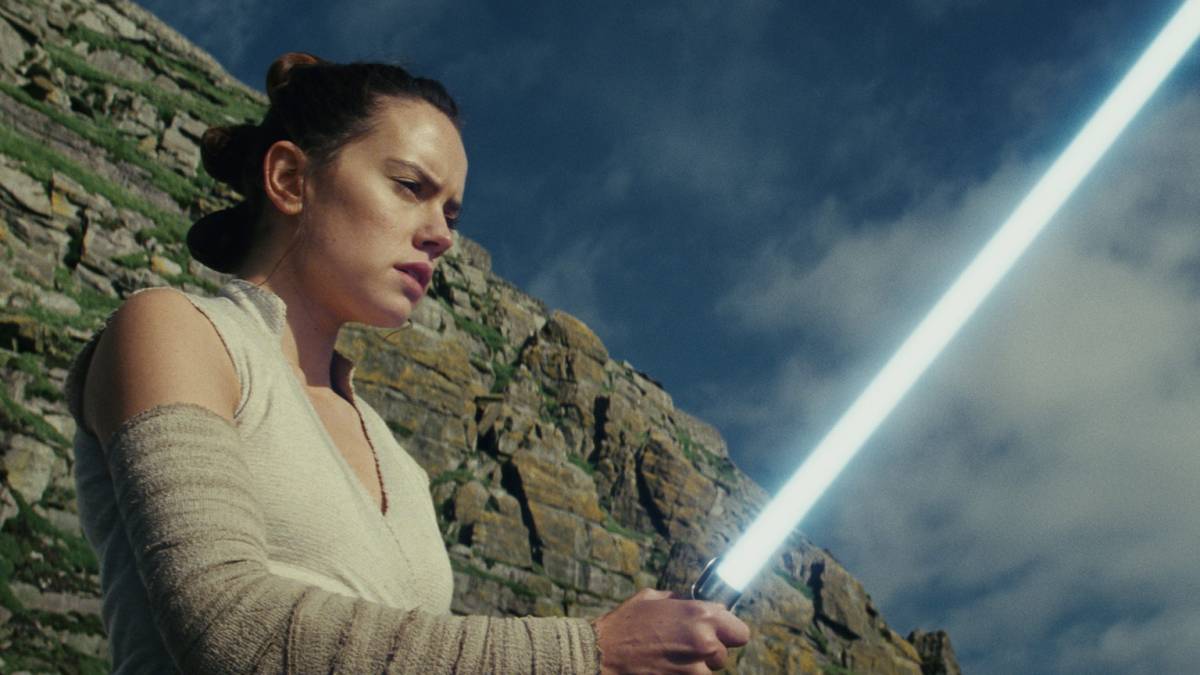 When we last left our intrepid, intergalactic heroes, they were battered and bruised, but victorious. The Starkiller Base had been destroyed and there was a spark of hope once again in a galaxy far, far away. Finn was recovering from his injuries, Leia was coping with the loss of her husband and Rey had landed on tiny island on a distant planet, face to face with the legendary Jedi Master — and hero of the Rebel Alliance — Luke Skywalker.

The Last Jedi picks up shortly after The Force Awakens with the dwindling Resistance, led fearlessly by General Leia Organa (Carrie Fisher), locked in a lopsided struggle with the First Order. This battle serves as one of two threads that director Rian Johnson’s film follows for the two and a half hour run time, which flies by in an instant.

The other thread is one that Star Wars fans have waited decades to see: the return of Luke Skywalker (Mark Hamill). But so broken up over his failure is Luke, that he’s reluctant to take on another student. More than reluctant, he has lost virtually everything that made him such a compelling hero in the original series.

And that’s where Johnson’s vision for the middle chapter in this new trilogy begins to seep through.

Kylo Ren (Adam Driver) says repeatedly throughout the film that the past has to die. He believes that the only way he can make a path for himself is to leave everything he ever thought he knew behind, and that’s exactly what The Last Jedi accomplishes by the time the credits roll. If The Force Awakens was a celebration of the original trilogy, The Last Jedi is an explosive farewell, one in which more heroes have to fall for new ones to take their place.

But Johnson does it with such style and grace, that it feels less like we’re losing a cultural touchstone and more like we’re finally turning the page. The back-and-forth between Rey (Daisy Ridley) and Kylo Ren (previously Ben Solo) is as emotionally resonant as any relationship in the film, and the climax of that conflict results in one of the most visually impressive, surprisingly brutal and altogether satisfying lightsaber battles in series history.

Then there’s the dynamic between maintenance worker Rose Tico (Kelly Marie Tran) and Finn (John Boyega), who bounce off of each other nearly as well as Rey and Finn did in The Force Awakens. And despite the glut of characters, Poe (Oscar Isaac) actually gets enough screen time to make an impact and feel like more than an afterthought.

All in all, The Last Jedi feels more focused than its predecessor, with enough action, humor and drama to keep you engaged without ever leaving you feeling overwhelmed. And speaking of humor, it’s impossible to talk about The Last Jedi without acknowledging the outsized impact of humor on the script. Not only is the movie funny, but you never can tell where the levity is going to come from next. It might be from the adorable (and only slightly grating) Porgs or the wisecracking Finn, it might be from Luke, or it might come at the expense of a terrifying villain.

It was occasionally hard to reconcile the punchlines with the ever-growing body count as the war between the First Order and the Resistance raged on, but Johnson mostly manages to walk the line without stepping over it.

And though Rian Johnson has made his name with tight, compact movies and TV show episodes that contain bursts of action, he handles the paintbrush surprisingly well when given a limitless canvas to work with. The Last Jedi isn’t quite as “big” as its prequel in terms of scope and scale, but there are plenty of battles, both big and small, that punctuate the movie and raise the stakes of the journeys that the main characters have embarked on.

There are also a few singular moments — which I wouldn’t even dream of spoiling — that use the rules of the Star Wars universe to incredible effect, blowing the collective mind of the audience. Near the end of the film, I managed to piece together what was about to happen seconds before it took place, and yet rather than being bummed out that I’d spoiled the magic trick, I was on the edge of my seat waiting to see what it would actually look like on the screen. It turned out to be somehow even more dazzling than anything I could have imagined.

But what stands out most about The Last Jedi — in both its most serious and dour moments and its lightest, silliest interactions — is the reverential abandon with which Johnson treats the Star Wars universe. It sometimes feels like Disney gave Johnson the keys to the car, and he immediately drove it into a brick wall.

That might sound like a barb, but I think it’s exactly what the series needed. We’re never going to get another original Star Wars trilogy, so Johnson gives all the loyal fans the answers and fan service they crave while tearing away at the fabric of a story that the architects of this fictional universe have been building for over 40 years. Although Johnson is about to begin work on a new trilogy of his own in this universe, The Last Jedi feels like a new chapter as well.

But it isn’t the end. And for as many questions as The Last Jedi answers, the most important ones still remain for the third and final movie in this sequel trilogy. Our heroes once again have their work cut out for them, but in the final moments of The Last Jedi, we see a glimpse of the hope that will define their future. The board is set, the pieces are moving — the only question now is how J.J. Abrams will top his first Star Wars movie. Luckily for him, Rian Johnson has left him with everything he needs to bring it home.

Tweet
Every movie and TV show leaving Netflix in January