Cats are killing everything in Australia, and nobody knows what to do

Everyone knows that Australia is absolutely packed with strange, wild creatures that could kill you at a moment’s notice, but if you’re a bird your number one enemy is still a familiar one: cats. According to a new study, both domestic and feral cats are on a murder spree in Australia, killing as many as one million birds every single day, and it’s actually becoming a problem.

The researcher, which was published in the journal Biological Conversation, suggests that wild cats in Australia nab 316 million birds every single year, while domesticated pet cats add another 61 million to that tally. It’s a huge figure, and the scientists now believe that it could be a serious problem for bird species.

“Everyone knows that cats kill birds, but this study shows that, at a national level, the amount of predation is staggering,” John Woinarski of the Charles Darwin University, who lead the study, says. “It is likely to be driving the ongoing decline of many species.” 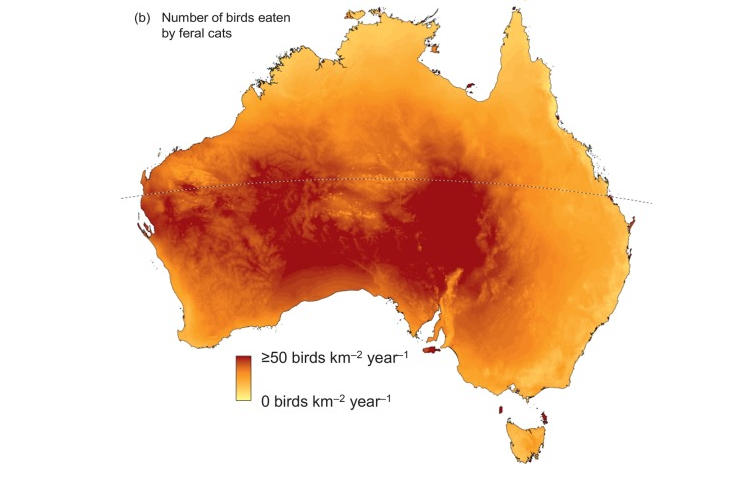 Using data compiled from 93 different surveys, the researchers mapped the impact of cat predation on native species. The study discovered that an incredible 338 different species are preyed upon by cats in the country, including over 70 species considered threatened, and the felines are pushing them closer to extinction.

Cats aren’t a particularly new problem for Australia, as the country has run several studies to survey the damage they are causing to the food chain and population of other species, but it appears to be getting worse. In fact, the issue is so bad that a “cat-free zone” is being built, covering over 170,000 acres of desert, in order to give the native species a chance to avoid annihilation.