These pictures show exactly how the Oscars catastrophe went down

The Oscar best picture set a new high bar for live TV screwups. Even though we’ve had an explanation for what happened — an accountant wasn’t on his game — it’s still difficult to understand how such a rookie mistake gets made at such a crucial point.

Luckily, the Oscars being Oscars, we have some behind-the-scenes footage to help explain.

Brian Cullinan was the PwC partner responsible for handing over the incorrect envelope. A newly uncovered series of photos from a wire photographer behind the scenes shows exactly what went wrong.

In the series of images, found by Variety, you can clearly see Cullinan with the two last envelopes of the night, presumably Best Picture and Best Actress. Notably, Cullinan was also holding a phone, which he would use moments later to take a photo of Emma Stone and tweet it out. 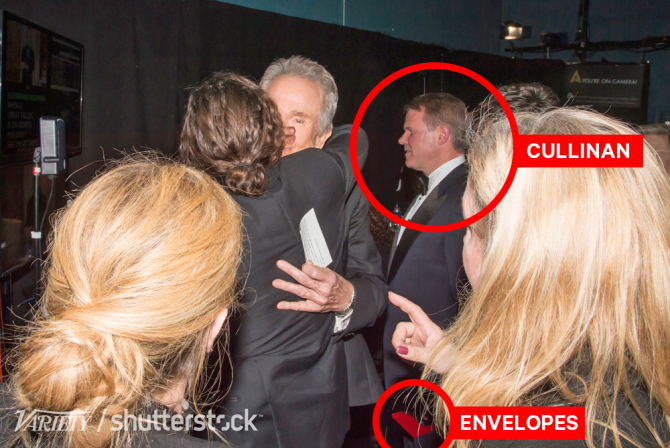 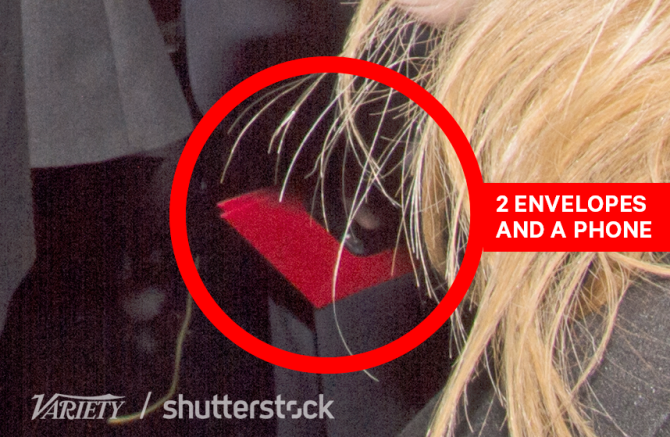 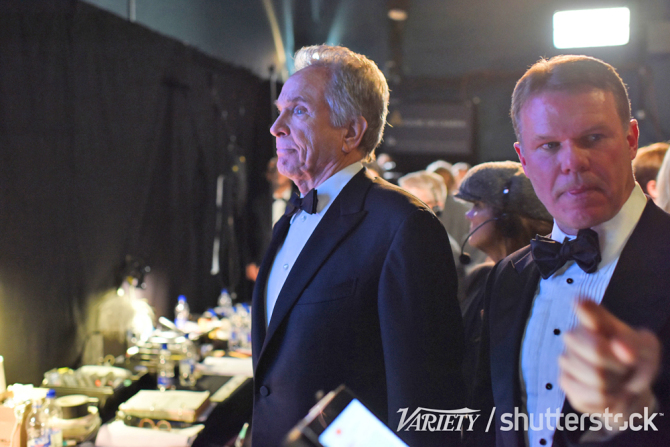 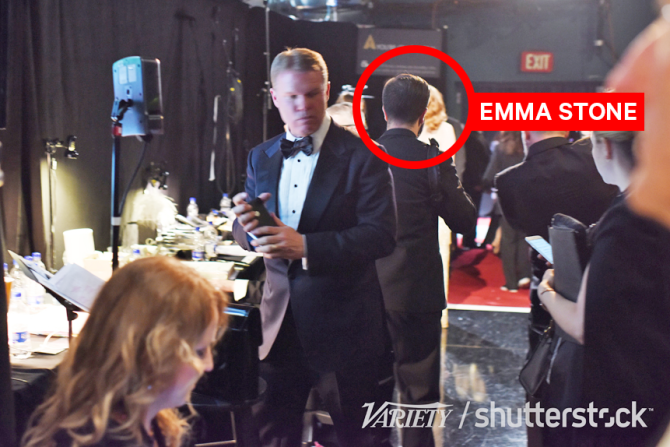 It’s an unfortunate turn of events for PwC and Cullinan, who have been doing the Oscars voting control for a long time. PwC has announced that the Cullinan and his partner will not being doing the Oscars in the future, although they do remain with PwC.

So there you have it: much like distracted driving, distracted handling of the Oscar awards ceremony can lead to disaster, tears, and a rather messy result.