Nokia 3310 hands-on: not the retro featurephone you’re looking for

On Sunday afternoon, Nokia’s new Finnish overlord, HMD Global, confirmed what many rumors said before the kickstart of this year’s Mobile World Congress in Barcelona, Spain. The iconic Nokia 3310 is being revived this year, under HMD Global’s version of Nokia. Unfortunately, it looks less like Nokia’s big comeback, and more like a phone that just plain sucks.

Yes, it’s true, there’s a new Nokia 3310 in town, one that’s so special to HMD Global that it was unveiled only at the end of an otherwise great press conference that showed us a brand new, bold version of Nokia.

Nokia’s “one more thing” moment on Sunday was, for better or worse, a great albeit unoriginal marketing trick. What better way to fire up the dormant Nokia fans out there than by reviving an iconic phone that became the go-to device for instant communications for millions of people around the world? 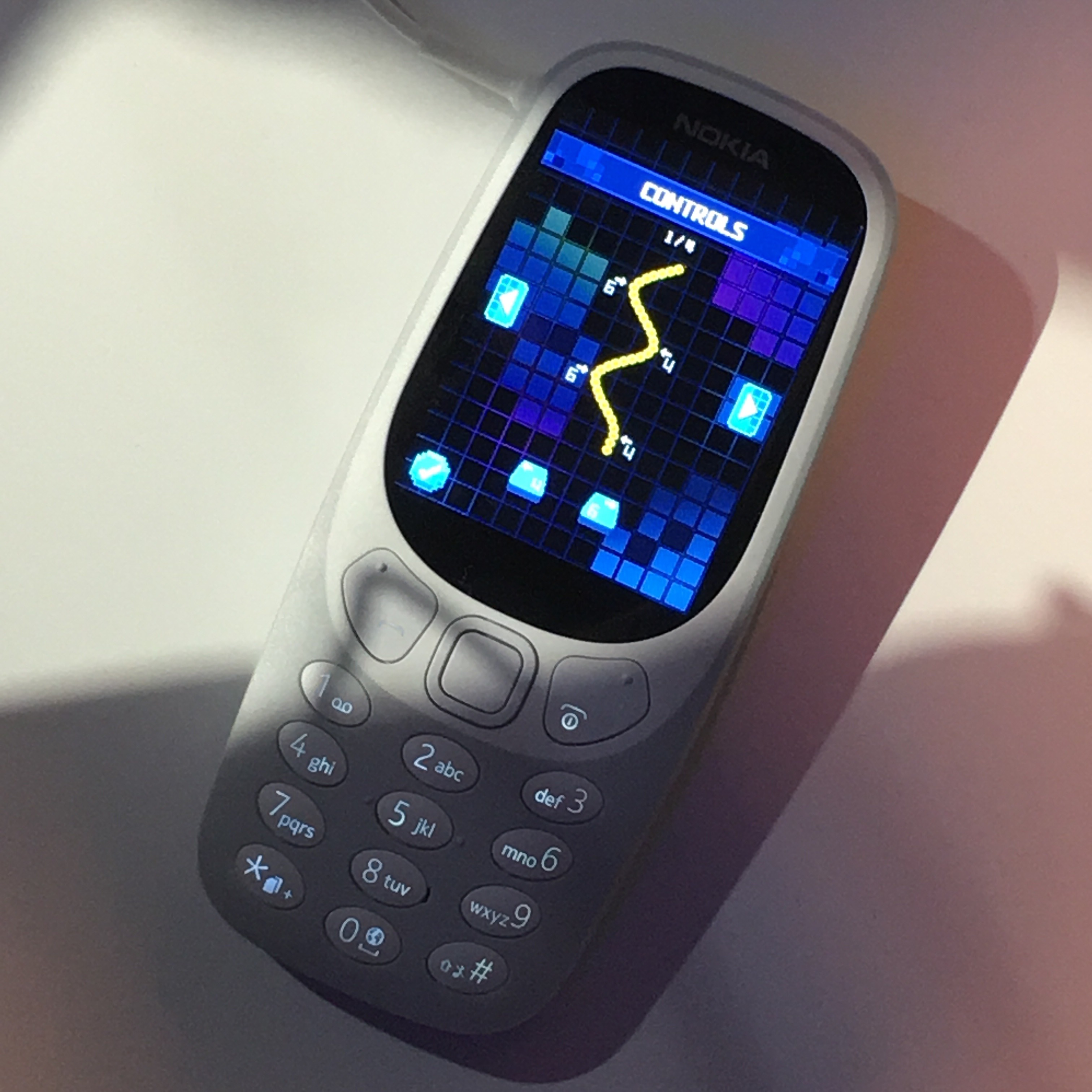 The first phone that I ever used, at the insistence of my parents, was a Nokia 3310. I’ve probably used it for a couple of years before passing it along to my family. The device exists to this day, and it probably still works.

But would I buy or use the new Nokia 3310? I can’t see that happening in a million years.

The new handset has a cleaner design, a bigger display, more colors (Dark Blue, Grey, Warm Red, Yellow), better battery life (22-hour talk-time and one-month standby), and what feels like a smaller footprint. At the same time, it feels light and cheap (it’ll actually cost €49 when it launches globally later this year), the kind of phone you’d buy only if you absolutely had to have a cellular phone at hand.

Don’t get me wrong, the new Nokia 3310 is probably the kind of phones that millions of people will touch for the first time, well before buying a smartphone. But the minute I tried to press the screen to make a certain thing happen — in this case, I was looking to activate a good old game of Snake — I realized that for me and everyone like them, there’s no going back. 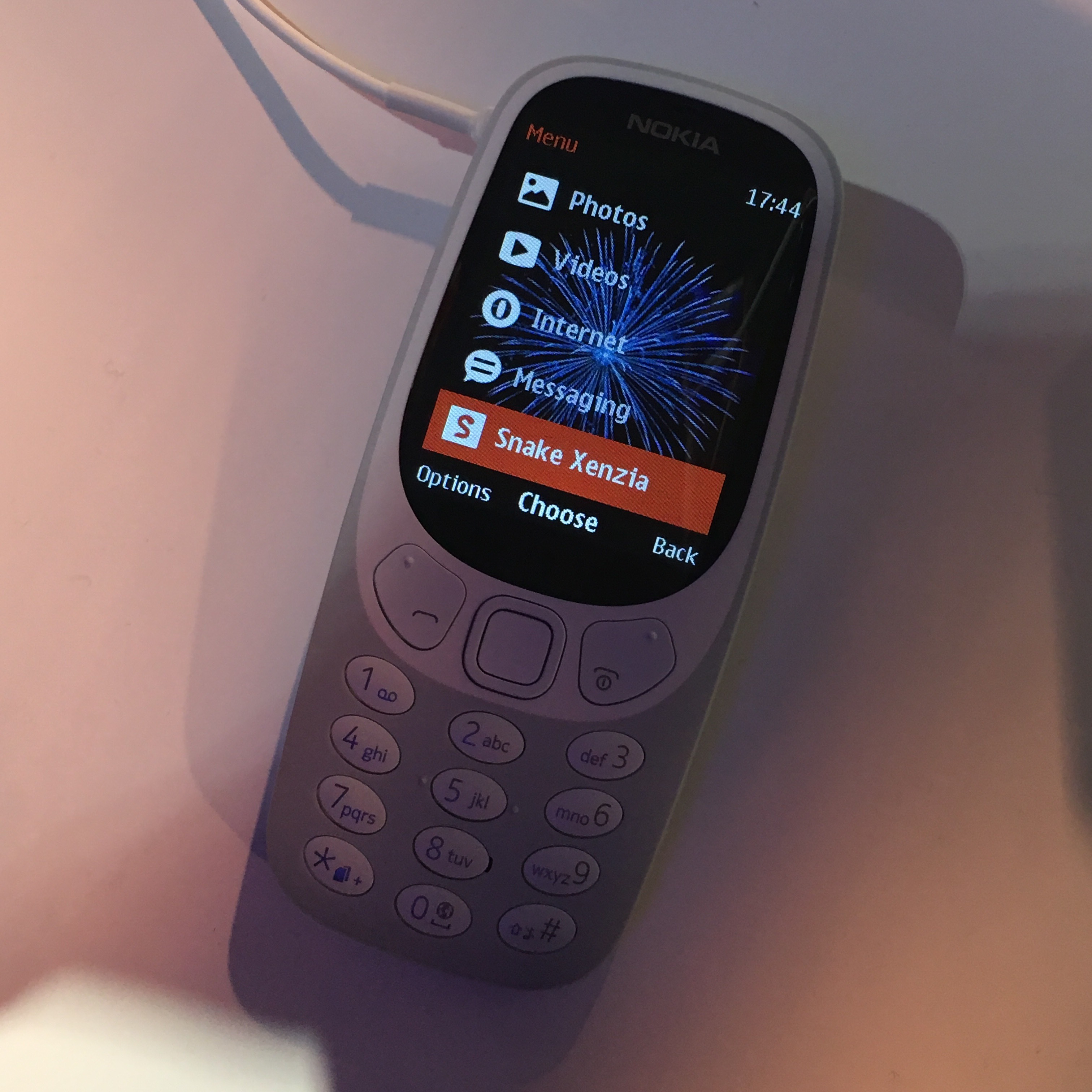 The smartphone is the way forward. Sure, the screen might disappear in the future, just as voice assistants and other types of reality (think virtual and alternative) get more advanced. And the smartphone of the future might get as small as the Nokia 3310.

But for the time being, the Nokia 3310 is really not the phone you should consider buying as your primary talk/text device. No matter how old you are, and no matter how much you may appreciate Nokia and its creations, do yourself a favor and buy anything else for the emerging company. It’s got three amazing “pure” Android handsets waiting for you to discover them, including the Nokia 3, Nokia 5, and Nokia 6, that will offer you the modern app-filled phone experience that actually makes your life better.

The Nokia 3310 (2017 edition) is just the marketing trick that will get you to discover the exciting new Nokia. And, as you can see, it works. I’ve just told you the Nokia 3, Nokia 5, and Nokia 6 are phones you shouldn’t miss out on this year if budget is a huge factor.