The stories behind many leaked sex videos are strikingly similar. Consenting partners decided to have some fun and record themselves, but then the resulting photos or videos get posted online by a spiteful ex after a breakup. The story is all too common, and it’s not always an easy situation to avoid. Now, however, there’s a new app that can make it impossible for an angry ex to expose you online.

This particular app is called Rumuki, and it’s a free download for the iPhone. In a nutshell, the app allows you to record and save HD video after linking with your partner’s iPhone. The videos that are recorded are then encrypted and saved locally on your phone. In order to unlock a video and view it, the user must obtain a “key” from his or her partner. The video can then be played back, but only once per request.

The idea here is that both parties must consent each time before a video is viewed. In the unfortunate event of a breakup, neither person will have the ability to post the video because they will no longer be able to obtain a key to view it. In fact, if a user ever deletes a key, the associated video is automatically deleted even if it’s not stored locally on his or her iPhone.

It’s a very smart approach, and it’s available as a free download on the App Store. 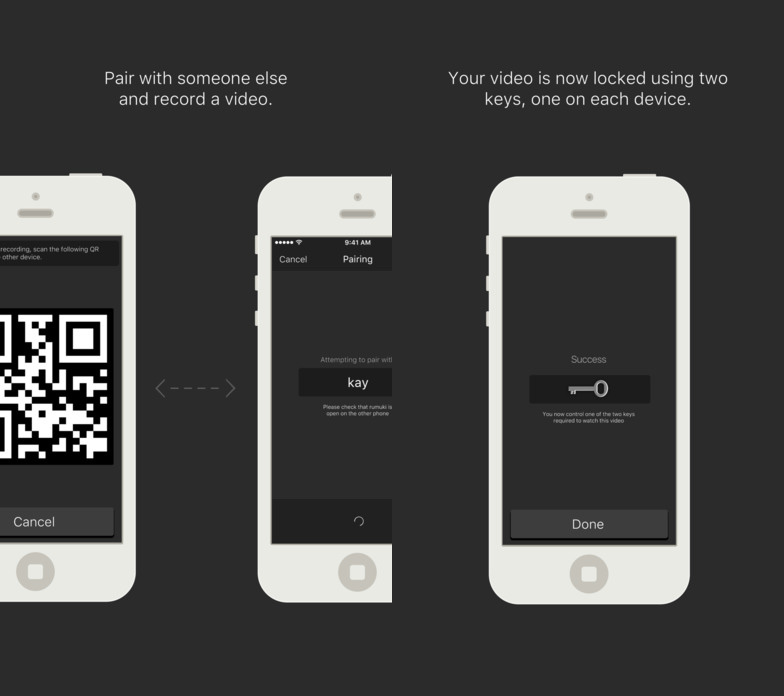 Rumuki is the safest way to share your most intimate moments. Your videos are encrypted and locked with two keys, one on each device. They cannot be played unless permission is given by both devices. Throw away a single key, and the video is locked away completely.

Your privacy is extremely important to us. Videos are NEVER sent to our servers or anywhere else on the internet and rumuki doesn’t collect any unnecessary information without your explicit approval.

Find out more about how this app works, and answers to commonly asked questions at https://rumuki.com