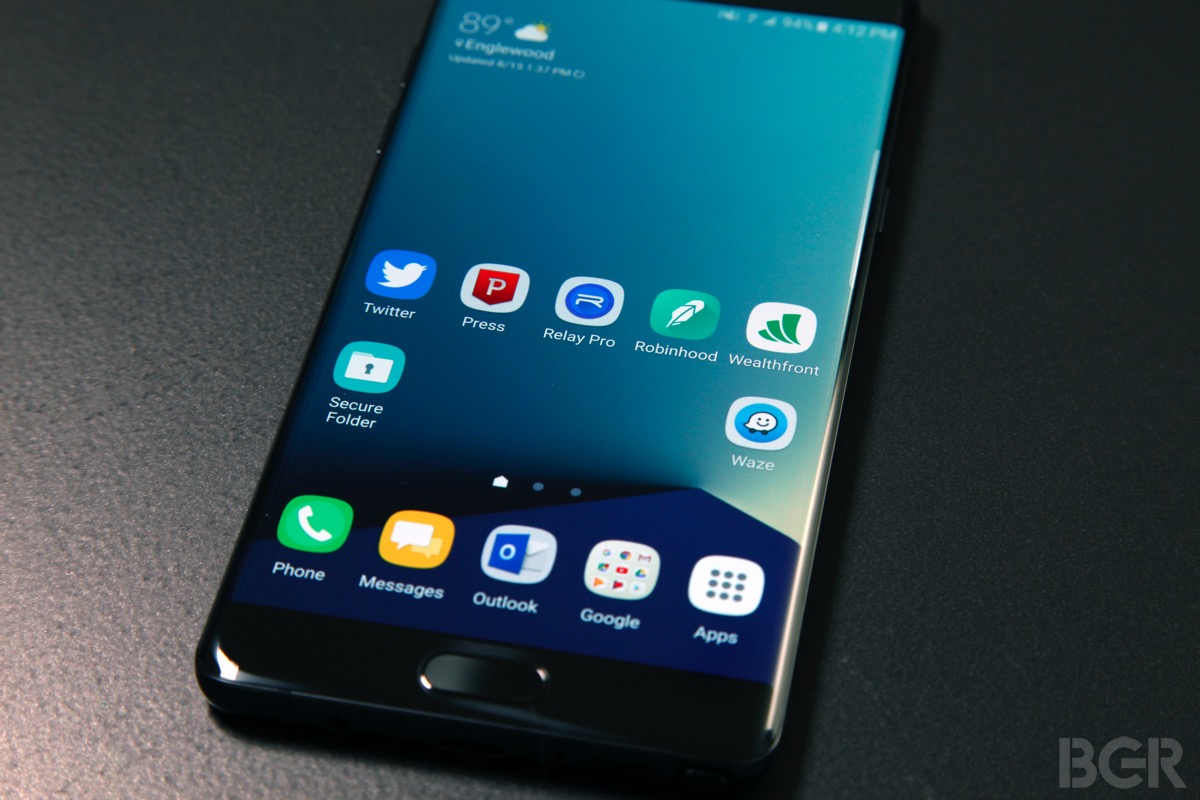 After a month-long saga involving an exploding smartphone, an unprecedented global recall program and a defect that Samsung just couldn’t seem to put a pin in, the company on Tuesday morning announced that it is discontinuing the Galaxy Note 7. Nothing like this has ever happened at this scale in the cell phone industry, and we can only hope that nothing like this ever happens again. Reports out of South Korea ahead of the Note 7’s release suggested that the phone was being rushed in order to give it as much time as possible on store shelves ahead of Apple’s iPhone 7 launch. If that indeed was the case, Samsung’s haste may have been its undoing.

Whatever the case, the best smartphone Samsung has ever made ended up being the worst thing to have ever happened to the company’s mobile business.

DON’T MISS: Does the iPhone 7 have any competition now that the Note 7 is dead?

Early estimates suggest that Samsung may end up losing approximately $17 billion in revenue as a result of having discontinued the Galaxy Note 7. The hit was unavoidable, of course, because user safety was in jeopardy. A small percentage of devices in Samsung’s first run of Galaxy Note 7 handsets were found to have a battery defect that caused them to explode. Several people were injured as a result of the explosions, and one family’s house was even burnt to the ground.

Samsung had no choice but to issue an unprecedented global recall, the goal of which was to collect approximately 2.5 million potentially defective Galaxy Note 7 handsets that had been shipped to retail partners. The company moved as quickly as it could to build “safe” replacement models that could be swapped out for users who didn’t want to return their phones or exchange them for different handsets. But once again, the company’s hasty investigation may have been its downfall; shortly after replacement units began hitting the streets, multiple reports surfaced claiming that “safe” Note 7 phones were exploding.

After more than half a dozen such reports popped up in less than a week, Samsung on Monday night announced that it was temporarily halting Galaxy Note 7 sales while it conducted an investigation. Then, just hours later on Tuesday morning, the company announced that the phone was being discontinued. The Note 7 saga has finally come to an end.

But for Samsung, this is really only the beginning.

From here, the ordeal only gets more painful for Samsung. The company must work with electronics retailers and wireless carriers around the world to collect each and every Note 7 sold as customers swap them for different smartphones. The expense involved with this long and painful process will be borne by Samsung.

Then we must consider the fact that we’re moving into the holiday season and Samsung doesn’t have a new flagship phone on the market. Apple shares reached 2016 highs on Monday for that very reason — smartphone sales are Samsung’s biggest moneymaker and the company doesn’t have a new flagship phone to sell during the holiday shopping season. Apple, Samsung’s biggest rival, stands to benefit a great deal from the lack of competition. Other Android vendors will likely benefit as well.

Finally, Samsung has a public relations and image crisis on its hands. Right now and for the weeks and months to come, people all across the globe with think of exploding smartphones each and every time they think of Samsung. Making matters worse still is the fact that all smartphone models from all companies malfunction and combust on occasion — not with the frequency of the Note 7, but it happens. iPhones, too. But now, each and every time this happens to any Samsung phone, it’ll be news that’s covered far and wide, opening old wounds in the process.

Luckily, Samsung does have a few things going for it.

First, the company does make great products. This was an unfortunate situation and Samsung deserves all of the heat it’s getting, but the Note 7 is one device among hundreds that Samsung builds and sells. The company will continue to build and sell great products in the future.

Also working in Samsung’s favor is its sheer size. The company has billions and billions of dollars at its disposal to help rebuild its image, and we’ve all seen how well Samsung can put its money to work. If this had happened to a smaller company with limited resources like HTC, for example, it would likely have been far more disastrous.

Finally, and not to be discounted, we must consider the very nature of consumers. People will forget. Quickly. Think of all the “scandals” that have hit Apple over the years, from Antennagate and Bendgate to an outcry over low wages in factories and Foxconn worker suicides. All of these issues were serious and they all deserved attention and action, but how long did they really stay in the news cycle? How long did people truly care? How long before they just moved onto the next big story and kept on buying iPhones?

This too shall pass, and perhaps it will encourage Samsung to take even more care when designing and building next year’s Galaxy S8 and other upcoming new smartphones. Samsung will take a big hit as a result of its Galaxy Note 7 debacle, of that there is no question. But this is hardly the end of the line for the company, obviously, and the impact will dwindle as time marches on.