Everything Nintendo’s mini NES can and can’t do 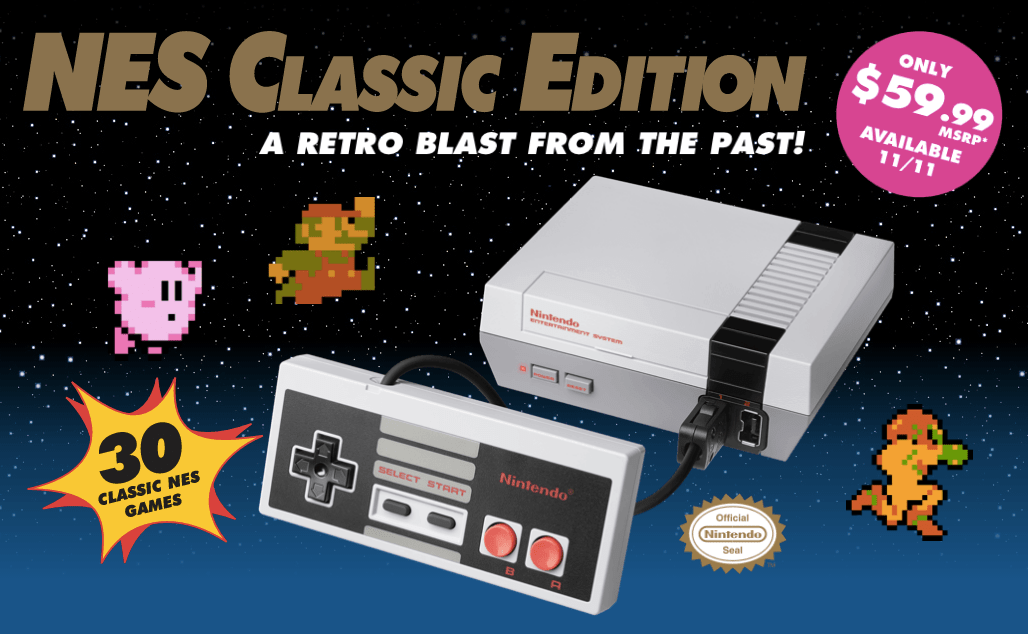 The internet exploded this week when Nintendo announced the NES Classic Edition. Not quite a game console, the Classic Edition comes preloaded with 30 touchstone Nintendo Entertainment System games, from Super Mario Bros. to The Legend of Zelda to Metroid to Final Fantasy.

With all the excitement surrounding the announcement, there was some confusion over what exactly the machine was, but on Thursday, Polygon got in touch with Nintendo to find out everything it could about the new NES. We’ve summarized some of the most important revelations below.

No, it cannot. The only games that the Classic Edition can play at launch, or at any point in the future, will be the 30 games we listed in the original announcement post. And have you seen the thing? There’s no way you’re fitting an NES cartridge in there without breaking the dang thing in half.

Does the mini NES go online?

The box doesn’t connect to the internet. In addition, there’s no accessible internal storage or external storage options whatsoever. Sadly, this means you won’t be downloading Virtual Console games either (which would have been an awesome trick, but will be reserved for the actual home consoles for now).

How do you save games on the mini NES?

Nintendo says that each game will have multiple suspend points, so you can pick up from the exact second you left off. It’s not clear if there will also be a more traditional saving method, but Nintendo’s answer makes it seem unlikely.

What’s the deal with the ports?

There’s an HDMI port to connect to your TV and a USB port that connects to the AC adapter. That’s it, and the USB port can’t be used for anything other than to power the console. (At least, that’s what Nintendo says.)

What controllers does it support?

Polygon asked several other questions, but Nintendo was unwilling to share any information about technical specifications or how the system may or may not be emulating the games. Hopefully this helps when you’re deciding whether or not to buy a mini NES when it launches on November 11th for $59.99.