If you head over to Amazon right now, you can pick up an unlocked 32GB Google Nexus 6P for $449, and a 64GB Nexus 6P is just $50 more at $499. Those are phenomenal prices for what is arguably the best Android phablet on the planet, featuring a 5.7-inch quad HD display, a fast 2GHz Snapdragon 810 processor, a market-leading 12-megapixel camera and pure Android Marshmallow.

As good as those prices are though, you can get an even better deal right now if you hurry. How good is this deal? We’re talking about an unlocked 32GB Nexus 6P for just $369 or a 64GB model for $419.

Here’s how it works: B&H sells the 32GB and 64GB Nexus 6P models for $419 and $469, respectively. Those are crazy prices already, but right now the retailer is sweetening the pot with a free $50 gift card with each purchase. You’ll also get a free 2-pack of screen protectors for good measure.

Here are key specs for the Nexus 6P:

Tweet
Can a $5 rugged case really protect your iPhone? 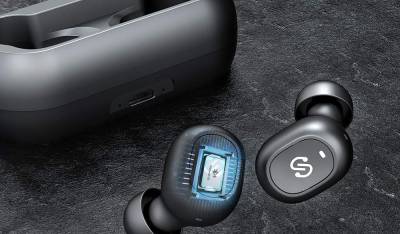 Amazon announced Black Friday 2020’s best-selling deals – did you get them all?