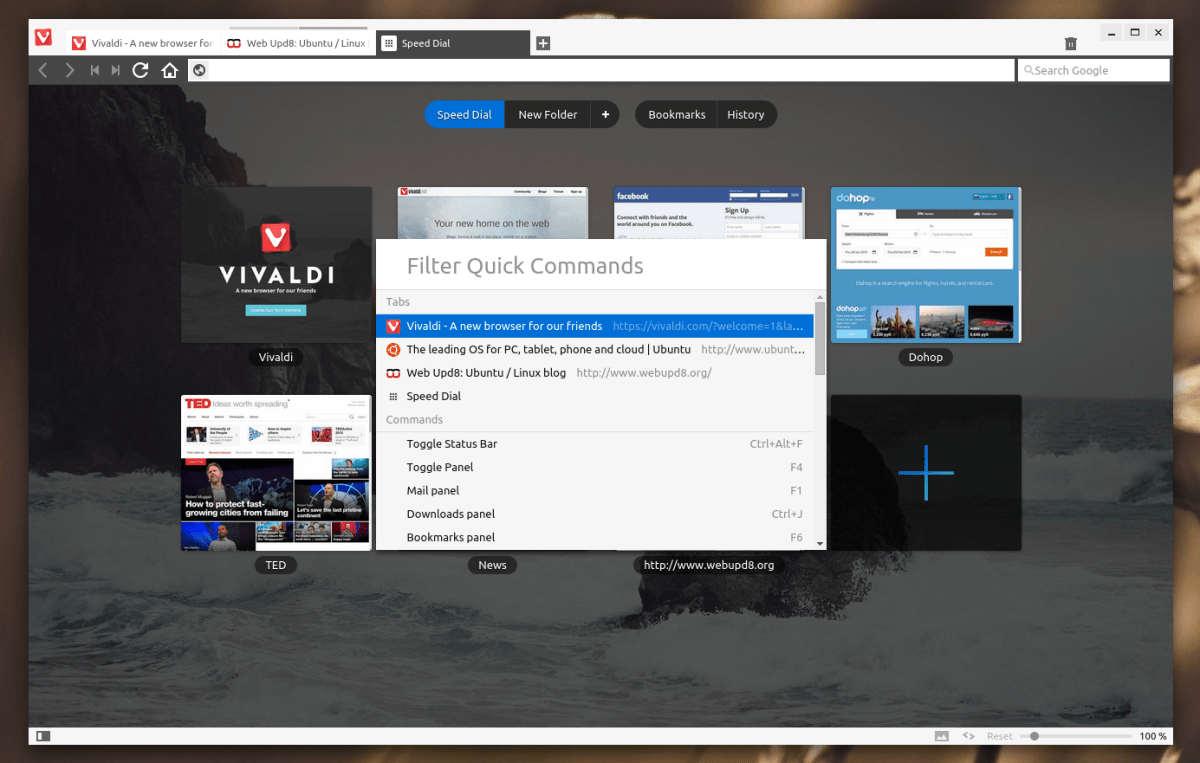 For a long time I’ve had a love-hate relationship with Chrome. I love how it opens pages more quickly than any other browser I’ve used but I hate all the resources that it gobbles up to make that performance happen. I like Microsoft’s Edge browser but there’s still something missing for me there that I can’t quite put my finger on.

However, for the past couple of days I’ve been playing around with the new Vivaldi browser and it looks like I may have finally found the browser that will allow me to comfortably ditch Chrome.

Vivaldi was created by a team led by Opera Software cofounder  Jon Stephenson von Tetzchner and the level of polish shown in their just-released first version is quite impressive. Among other things, I’ve never had the level of customization on a browser than what I’ve seen on Vivaldi so far.

One really neat feature with Vivaldi is its ability to stack tabs on top of one another. You can stack tabs simply by clicking on them and moving them on top of another tab. This will essentially put them all in one tab folder and you can see every tab you have stacked just by hovering your mouse over it:

This is a particularly useful feature to have if prefer to have your tabs loaded on the side of the page instead of on top and it will clear up a lot of space that would have otherwise been clogged up in your tabs bar. Removing tabs from the stack is as simple as right clicking on it and clicking the “Remove from Tab Stack” option.

Vivaldi’s support for gestures is interesting as well, although I just don’t think that I’ll use them on a regular basis. Here’s how they work: If you hold down your mouse’s right button and make a certain gesture, it will perform an action. So for example, holding down the right mouse button and making an “L” gesture will close your current tab. Holding down the button and doing a straight line down, meanwhile, will open up a new tab.

This is the kind of thing that I imagine could be really useful on a multitouch display where you could hold down one finger on the display and make the gesture with another finger. While it’s a cool feature for a keyboard-and-mouse setup, it’s also something that doesn’t come naturally to me and I have to remind myself to do it.

So what are the downsides to Vivaldi? Well, my job involves keeping a lot of tabs open at once and this is where I noticed some lag in Vivaldi’s performance compared with Chrome. It’s nothing major, but once I got more than five tabs open at once, I did notice that pages seemed to load a little more slowly than they normally do on Chrome.

Nonetheless, Vivaldi is a terrific first version of a browser that I’m sure will only get better with time. It’s definitely worth your time to check out and you can download Vivaldi 1.0 at this link.

Tweet
Warning: There’s a major security flaw in Flash and you need to update immediately