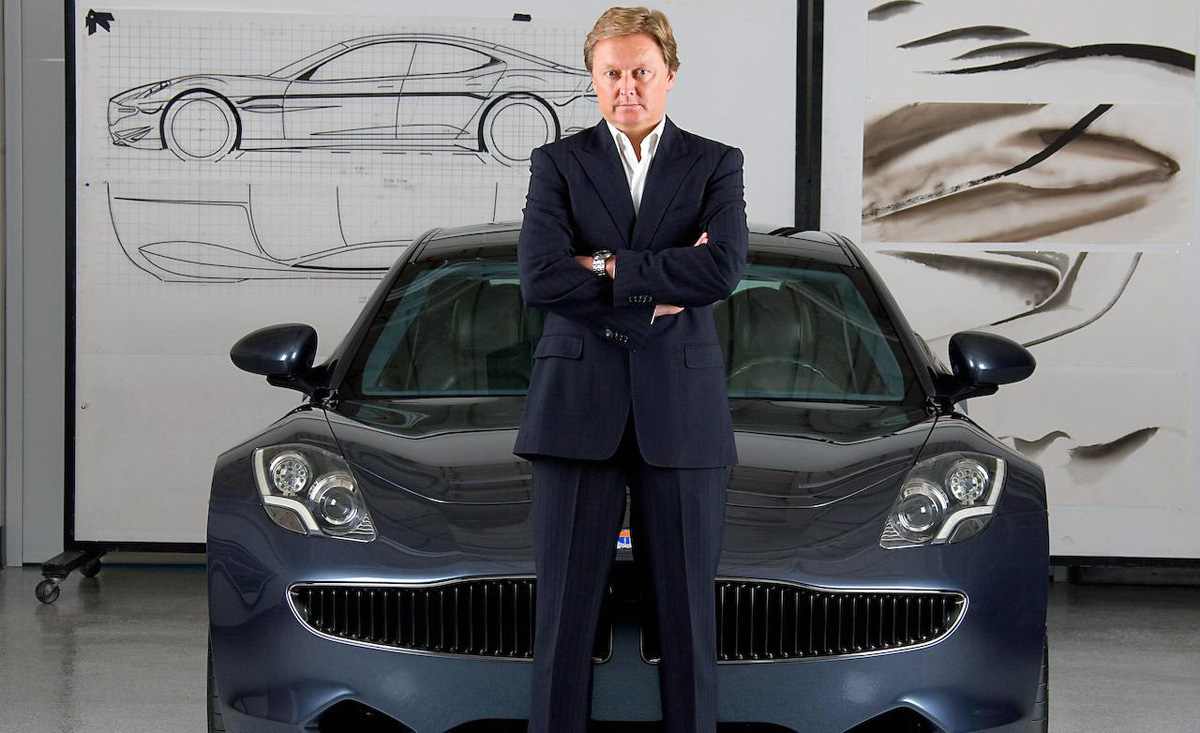 “I believe good design is about finding beauty — an emotional connection with the consumer.”

Those words might sound reminiscent of Apple’s celebrated design guru. Their source is actually Henrik Fisker, a legendary car designer who brings the same predilection for expensive sophistication to automobiles that Jony Ive does to premium consumer electronics.

Fisker’s design handiwork includes everything from the Aston Martin DB9 to his own $300,000 Force 1 sports car he unveiled with race car driver Ben Keating during this year’s North American International Auto Show in Detroit. Fisker shared his philosophy about car design in a recent interview with BGR, a conversation that touched on everything from his praise of Tesla’s new Model 3 (which Elon Musk had just unveiled the day prior to our conversation) to what the future holds for the electric car market, as well as some of the new projects Fisker himself has in the works.

A few quick takeaways from our conversation:

From the pricing to its design, he thinks Tesla got the big things right for the Model 3. Fisker – who today is a founding partner and head of design and product strategy at luxury sports car company VLF Automotive – also thinks the electric car market has substantial room for growth. And that consumers’ taste in premium car design is pretty uniform around the world.

“I love cars, I work on all types of cars, and I still think there’s something unique about jumping into a car, hearing the gear change, feeling the interaction with the mechanics,” the Danish car junkie says, by way of explaining his passion for the work.

He’s the “F,” by the way, in VLF Automotive. The other founding partners are former GM executive Bob Lutz and automotive engineer Gilbert Villarreal (the “L” and “V” in the company name).

About the 276,000 first weekend pre-orders Tesla racked up for its new mass market Model 3, Fisker said it reveals several things about today’s buyers.

(Fisker, it should be noted, worked with Tesla on some initial design work on what would become the Model S, and Tesla and Fisker later got into a brief legal spat over the circumstances of Fisker’s departure.)

“As far as the pricing, I think it represents a good achievement,” Fisker said of the Model 3’s $35,000 price. “The car also looks like it will get you more for your money than from any other car that’s around $35,000. The way it sits and looks – I think it’s quite a good achievement. I also think they got right not making the car look strange. It’s a look that a lot of people feel is a good, acceptable look.

“From my point of view, it also looks like the consumer is not following the traditional buying pattern here. The traditional pattern is for consumers to almost pick a brand before they pick a car – based on things like familiarity and how established it is in the market. It’s clear from (the Model 3 unveiling) that consumers, when it comes to electric cars, they’re looking at maybe newer players that have more experience in new technology and are ‘cooler’ as a brand to be associated with and aren’t from the older car world.”

Fisker, meanwhile, says he’s focusing on just a sliver of the market Tesla’s going after. With the Force 1, he wants to be a “small, niche player” working on a small, limited number of cars.

The intent is to cater to people not necessarily looking for a new primary vehicle with lots of bells and whistles, but to car buyers with money to spend who want something unique and fun,

Among his other projects, he’s also preparing to launch an executive leadership program at UCLA Anderson next month. And he’s working on a TV show about car design, a project about which he declines for now to share more detail or what network it’s for.

“Good car design isn’t just about being innovative and crazy,” Fisker says. “That car could end up being ugly, and nobody buys it. You have to push the limits and wade into the type of vehicle and market segment you’re going into, but you can push the limits so far that you’re ahead of your time. And the vehicle doesn’t get recognized.

“I believe there should be elements of beauty in the design. If you think about the entire world, most people still have close to the same focus when it comes to beauty. That’s why the same cars are loved all over the world.”