The world’s smallest drone gets ready to take flight 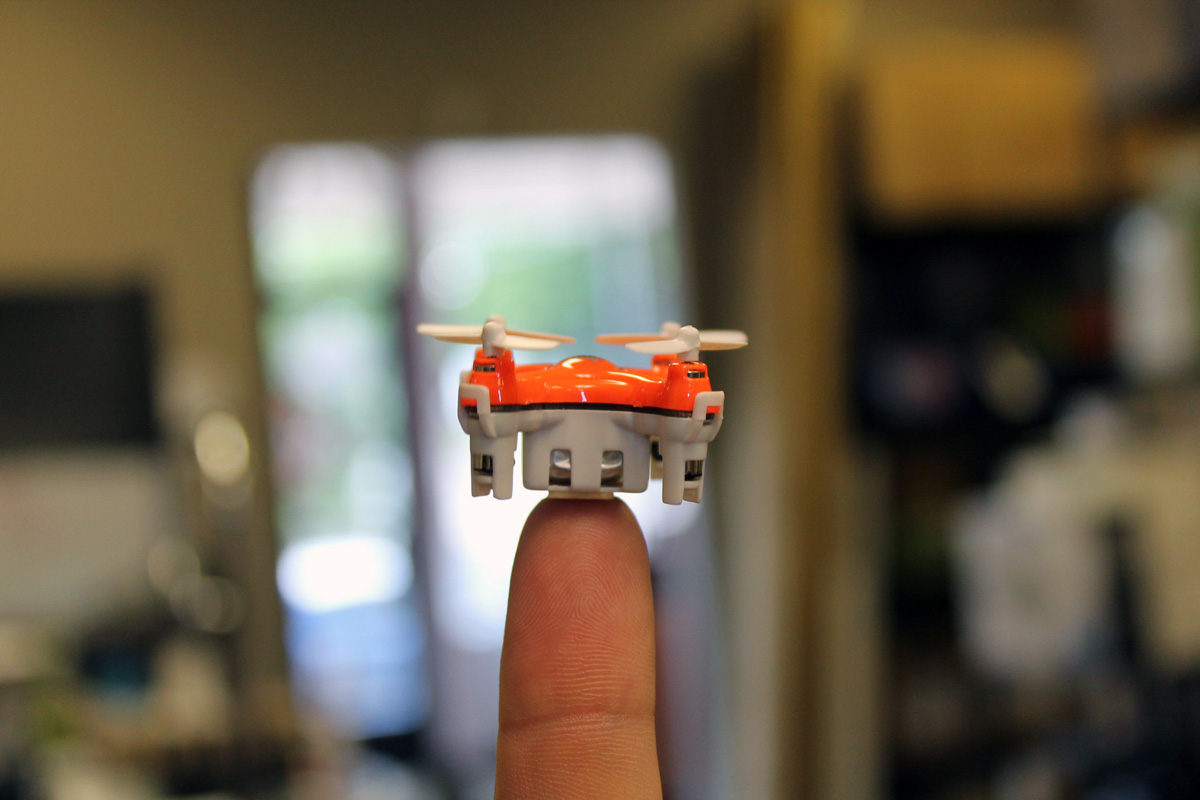 Drones have gone from geeky dream to mainstream gadget in a shockingly brief amount of time. The remote-controlled airborne devices were once expensive tools reserved for businesses with a real need for them. Construction companies, for example, used them to survey and film sites, while video companies used them to capture aerial footage at a fraction of the cost of renting a helicopter.

Today, you can walk into any toy store, spend less than $50 and leave with a recreational drone in your shopping bag.

Drones have flooded the market to the point that it’s getting difficult to distinguish between them, but one company is getting ready to launch a drone that you won’t soon forget: Meet the world’s smallest quadcopter.

Crowdfunded products often fail to actually make it to release, but the Aerius drone by Axis Drones was successfully funded some time ago. It is now less than a month away from launch, and production has apparently gone so well that the device can still be preordered for delivery ahead of the holidays.

How small is the world’s smallest quadcopter drone? As you can see in the photo below, it’s not even as tall as a quarter standing on its edge.

Here are some of the Aerius drone’s key features, as listed on the Axis Drones website:

The Aerius is so small and portable that it can actually be docked inside the remote controller when it’s not being flown.

Here’s a video of the drone in action, and you can also see it doing some flip tricks:

The Aerius drone is set to start shipping on September 30th, and it costs $35 to preorder on Axis Drones’ website.