LG G4 hands-on: The Galaxy S6 finally has something to worry about 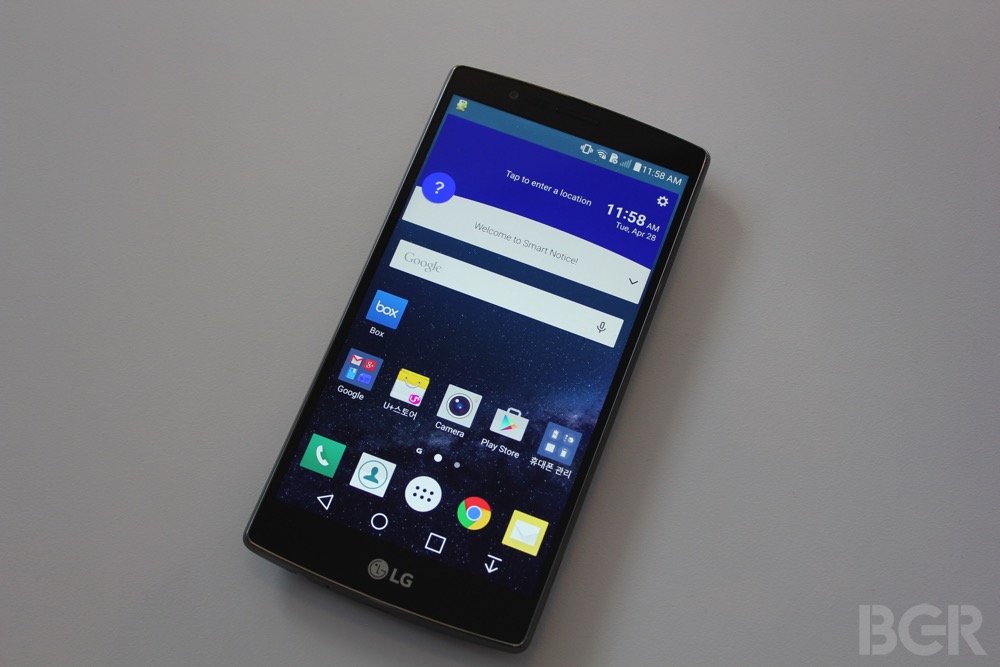 When Samsung announced the Galaxy S6 last month, it looked like every other Android smartphone vendor had missed the boat. After years of stagnation, the king of Android devices was returning with its sleekest, coolest, fastest smartphone ever, and other new phones paled in comparison.

All the while, LG was quiet — waiting for the right moment to pounce with one of the most technologically advanced smartphones the world has ever seen.

But before we get too technical, let’s start with the one addition that everyone is talking about: the leather back panel. Despite its odd look, it’s genuinely comfortable, and LG believes that this will give the phone character over time as it contours to your touch.

It’s also nice to see something from LG that’s entirely different from the other major players in the smartphone arena. During the unveiling, LG CEO Juno Cho talked about how similar all of our new phones looked. It’s true — from a distance, the iPhone 6 and the Galaxy S6 are nearly indistinguishable, especially if you aren’t familiar with one or the other.

Here’s the best part: if you just can’t stand the idea of having a leather phone, LG has plenty of other options, including Ceramic White, Metallic Gray and Shiny Gold. But what’s the fun in that?

As for the new interface, the improvements the company made for LG UX 4.0 might have been the most pleasant surprise of all. The design is influenced heavily by Android 5.0 Lollipop, with subtle flairs to highlight every interaction. The first time I noticed it was when I opened the Smart Notice menu at the top of the home screen. Each of the windows cascaded down, one by one, displaying all of the unread notifications left on the device.

READ MORE: LG G4 specs and features – everything you need to know

The new Smart Bulletin is another welcome addition to the UX, simplifying a feature of the G3 to make it more aesthetically pleasing and more usable. You can rearrange which widgets and apps will appear on the bulletin with a few taps, or remove the board entirely if you prefer a more standard Android experience.

It’s impossible to talk about the G4 without discussing its incredible camera. The camera features what LG calls the world’s first color spectrum sensor, which recognizes the difference between RGB and IR light. It is able to take more natural pictures with increased clarity.

There are also three separate modes available on the camera: Auto, Simple and Manual. Auto eliminates all of the controls, turning the entire display into a shutter button, Simple gives you a set of basic controls and Manual offers the same control you’d have on a regular camera. In Manual mode, you can even save raw images alongside your JPGs.

The crowded auditorium in the One World Trade Center wasn’t the ideal setting to capture beautiful images, but the pictures I did take were both lightning fast and perfectly clear. The iPhone 6 has a stellar camera, but I don’t think it can compete with what LG has to offer.

These are just our initial impressions, and there’s a whole lot of testing left to do, but I can say with some degree of confidence that LG is about to unleash a phone that has every right to compete with the Galaxy S6.

The LG G4 will launch on April 29th in Korea and will eventually be available on approximately 180 carriers worldwide. Prices and carrier availability will be announced locally in each market.