Giving up on Jawbone’s UP 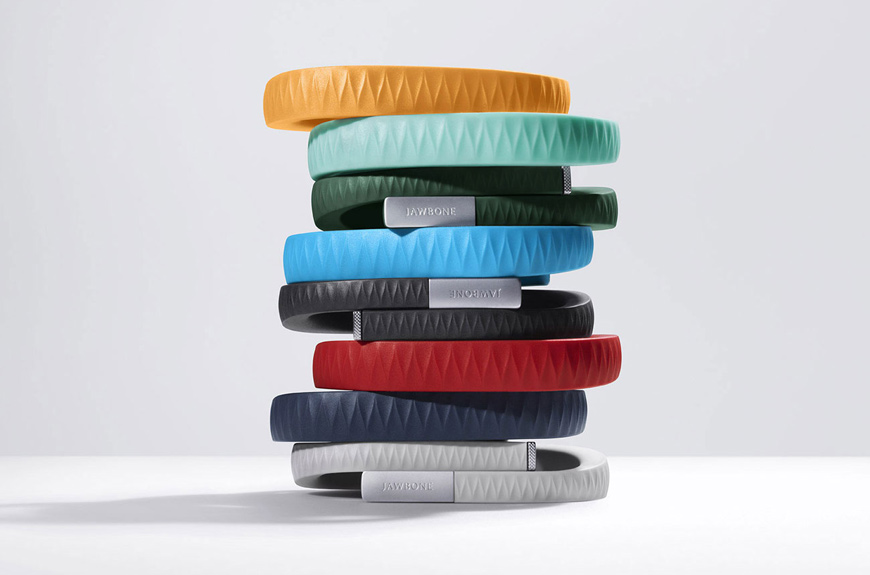 The Jawbone UP is the best fitness tracker I have ever used. There is no close second. While similar wristband and app combos do some things as well as the UP, none offer a complete package that can match what Jawbone has created. The band itself features a great design that stands out from the crowd. It’s also water resistant and the battery outlasts every comparable device. The accompanying iPhone and Android apps are absolutely gorgeous and extremely well made, and I have yet to find a rival offering with a more intuitive software design. And yet despite all this, I have given up on the Jawbone UP and switched to a rival band with a vastly inferior user experience.

Beginning last week, I became a Fitbit Flex user. To be perfectly honest, I don’t like the Fitbit Flex at all. But I had no choice.

For those unfamiliar with these products, they are two leaders among a wave of wristbands and clips that track the wearer’s steps, workouts and sleep each day. They work alongside accompanying mobile or desktop software that records all of the data and offers additional functions such as approximate calorie burn info and food tracking.

Compared to rival offerings, the Jawbone UP is pretty middle-of-the-road when it comes to its range of features. But what it does, it does very well.

The band itself is sturdy but light and after a few days I forgot I was even wearing a wristband. It’s also water resistant, so you don’t have to remove it when you shower. The device has two moving parts: a button that switches it from day mode to sleep mode or starts a timer to track workouts, and a cap that comes off to reveal a standard 1/8-inch audio jack used to sync the UP with Jawbone’s iOS or Android app. Jawbone doesn’t use wireless sync technology, and that’s a good thing — the battery lasts about twice as long as rival trackers that use Bluetooth to sync, and it syncs much faster than competing bands as well.

On the other side of the fence, the Fitbit Flex band is actually just a rubber holster for the small tracker within, and it is flawed in several important areas. Fitbit says the unit is water resistant so you can wear it in the shower and this is true. The problem is that the design is awful and the seal on the inside of the band is ineffective, so water gets inside the band when you shower and clouds up the display window until you pop the tracker out and shove a towel in there to dry it.

In terms of performance, the UP also tracked steps more accurately than the Flex in my tests. Whereas the Jawbone unit was off by about 1-3% in most cases, the Flex was sometimes off by as much as 7%. Jawbone’s UP has a clear advantage where sleep-tracking is concerned, too. Here’s what a night of my sleep looks like when the UP tracks it:

And here is the data from a night’s sleep as recorded by the Fitbit Flex:

So why on Earth am I switching to the Fitbit Flex? Two words: Quality. Control.

I first bought the Jawbone UP this past December. The plan was not only to use it to track my activity, but also to write a nice piece on the role wearable technology now plays in fitness. In the eight months since I purchased my first UP band on December 9th, I have been through five of them. Had I not just given up on Jawbone’s band, I would be on my sixth one right now.

Here’s the timeline from my notes:

I have to say, I’m beyond disappointed. The product itself is fantastic. The software is well designed, well executed and gorgeous. Performance is very solid as well. Jawbone’s customer service department, by the way, is absolutely outstanding. It’s probably among the best I’ve dealt with. Each and every person I spoke to or emailed during this ordeal was helpful, professional and courteous. They are truly a phenomenal team.

But the quality control just isn’t there. The company’s supply and manufacturing partners clearly do not have their acts together and Jawbone itself doesn’t seem to be applying enough pressure or actively participating in QC to the extent it should be.

And the worst part is that in the early enthusiastic days of my time with the UP, I recommended it to several people and even bought one for someone as a gift. The gift had to be returned because of a loose button and among the three people who purchased a band based on my recommendation, one told me he had to exchange a defective unit. Beyond that, I have spoken with about a dozen other people in person and online who have told me that they had to exchange defective bands at least once. One woman said she was currently on her fourth UP in as many months.

I should note that I have been in touch with Jawbone’s public relations team several times over the past week. We have spoken at length about my experience and the experiences of others I have spoken with. While Jawbone declined to offer a statement, they company did make it clear that it stands behind its customers and while customer care happily exchanged my bands that had rattling buttons, the UP is designed in such a way that some movement can be expected.

In my experience during this process, I found that there are indeed varying degrees of play with the UP’s button on different bands, but the vast majority I examined did not rattle violently when the band vibrates. And if a rattling button is considered acceptable, it shouldn’t be. The UP has a brilliant “smart alarm” feature that wakes its wearer up by vibrating when he or she is in light sleep as opposed to deep sleep. But this great feature is significantly less useful when the UP’s wearer is startled awake by a jarring rattle, even if it is “at the best time based on your body’s natural sleep cycle.”

The company’s willingness to stand behind its customers is certainly admirable, but the problems are real. Supporting several of my findings is a study released on Thursday by FixYa that found Jawbone’s UP to be the “most frustrating” among the top five fitness bands on the market. FixYa compiled data from 6,500 users who commented on the bands on its community-based troubleshooting site. It found that among those who had problems with the UP, 40% complained of battery life issues and 20% were upset that they had to exchange their bands.

It’s a shame, really. So much potential, but problems persist. The first-generation Jawbone UP was an absolute nightmare and the second time around, I really thought the company had pulled it off.

Sadly, I might not be around for Jawbone’s third try. I’ll be busy stuffing a washcloth into my Fitbit Flex’s cavity for the 1,384th time to dry it out after forgetting to remove the band in the shower.

By Mike Wehner 29 mins ago