BlackBerry Pearl on Verizon? No problem 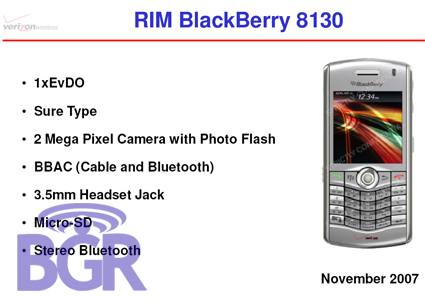 Yes everyone, circle November on your calender with a Sharpie, ‘cuz that’s the date you shall be set free. Verizon’s expected to launch their BlackBerry Pearl 8130 in November and it looks like the Pearl 2 to us…It let’s you rock out at EvDO speeds, has a 2 megapixel camera, 3.5mm headset jack, and supports Stereo Bluetooth. Not too many more specs are known at this point, but I’m sure a lot of people just got really excited. One more shot after the jump!

By Chris Smith 24 mins ago