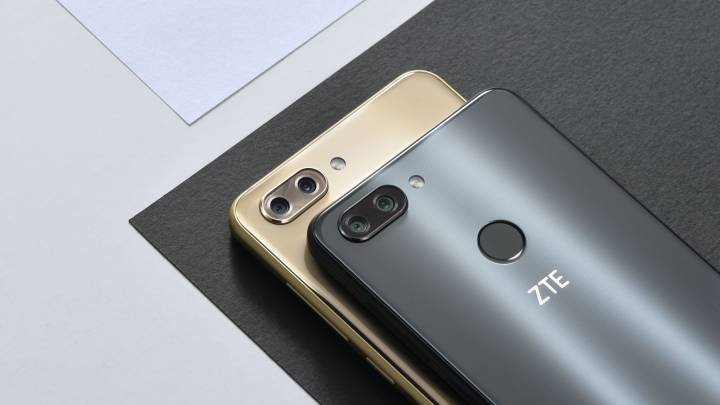 Chinese smartphone manufacturer ZTE just announced a trio of new budget-minded smartphones at MWC 2018. The company revealed the all-new Blade V9, Blade V9 Vita, and Tempo Go, with price points of € 269, € 179, and $79.99, respectively. The new smartphones are more or less in line with the incremental upgrades that ZTE has been rolling out to its smartphone lineup in recent years, but let’s take a closer look.

The ZTE Blade V9, pictured above, is the most capable of the devices being revealed today, sporting a 5.7 inch display powered by a Qualcomm Snapdragon 450, a 16MP+5MP dual lens rear camera, and two memory/storage configuration options. The model with 3GB of RAM comes with 32GB of built-in storage, while the 4GB version has 64GB. There’s also support for a MicroSD card for further expansion, and the phone comes with Android 8.1 Oreo pre-installed.

The Blade V9 Vita is a slightly smaller version of the V9, with similar but more modest specs. It’s built on the Snapdragon 435 platform and features a 5.45 inch display, 13MP+2MP dual lens camera, and memory/storage options of 2GB/16GM and 3GB/32GB. Like its bigger brother, it also comes with Android 8.1 by default. Both the Blade 9 and Blade 9 Vita will come in a variety of colors, and both are being launched in Spain, Germany, Russia, Mexico, and China.

The $79.99 ZTE Tempo Go lands on the more extreme end of the budget spectrum, and its specs match its price. With a 1.1 GHz processor, 5.0 inch display at a resolution of 480 by 854, and a 5MP rear camera, it’s not exactly a powerhouse. It comes with 1GB of RAM and 8GB of storage, with support for MicroSD. It comes with Android Go, which is Google’s new mobile OS spin-off for entry-level smartphones. However, unlike the Blade V9 phones, the Tempo Go will be available in the US and abroad, unlocked.

It goes without saying, but none of these devices are flagships, nor are they designed to be. Like many of the newer Chinese smartphone makers, ZTE has made a name for itself with solid, if underwhelming, hardware at incredibly low prices, and all three of these new devices follow that trend closely.