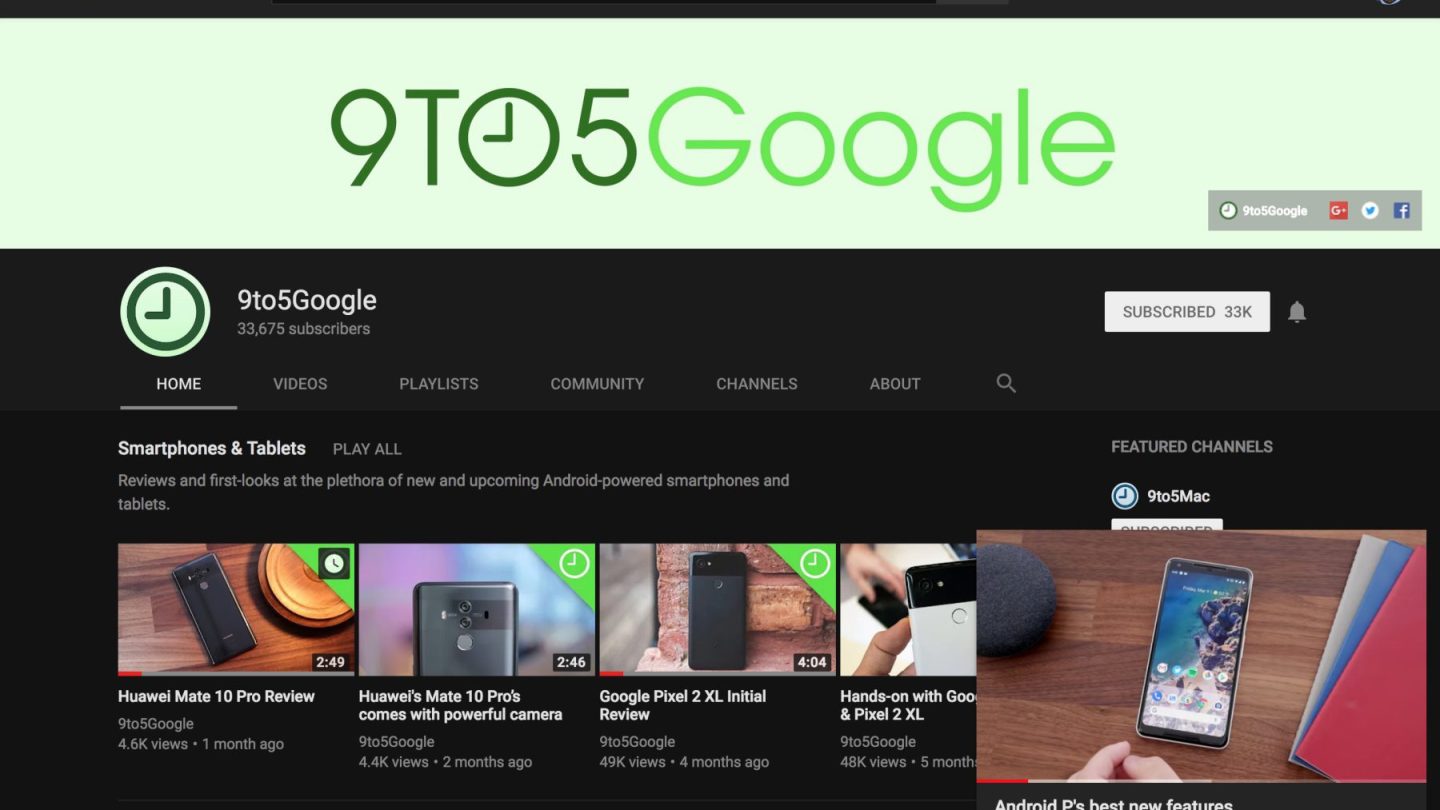 One of the best features of the YouTube mobile app on iOS and Android is the ability to minimize the video while it is playing and continue browsing the site. It’s one of several convenient features that has been exclusive to mobile, but according to a report from 9to5Google, YouTube has begun testing picture-in-picture functionality on the desktop version of the website as well, although Google has yet to make any official announcements.

9to5Google claims that YouTube is currently A/B testing the feature among a small group of users, and that only one account on their team has access to the feature. The testing appears to be random though, so there’s a chance that you could head over to YouTube right now and try the feature out yourself.

Once the picture-in-picture feature goes live, users will be able to start a video on YouTube.com and then navigate anywhere else on the website without interrupting the playback. 9to5Google says that it’s possible to return to the homepage, initiate a search or visit someone’s channel while a minimized video plays in the corner.

Most of the controls remain active on the video as well, including the ability to play, pause, replay or advance to the next video. If you’re viewing a playlist, you can click an icon in the bottom corner to see the next videos as well, but there doesn’t appear to be a way to deactivate the feature in its current form.

The fact that picture-in-picture hasn’t already made it to YouTube on the web is somewhat surprising, but it looks like the feature will arrive sooner than later. Expect to hear more from Google in the coming weeks.