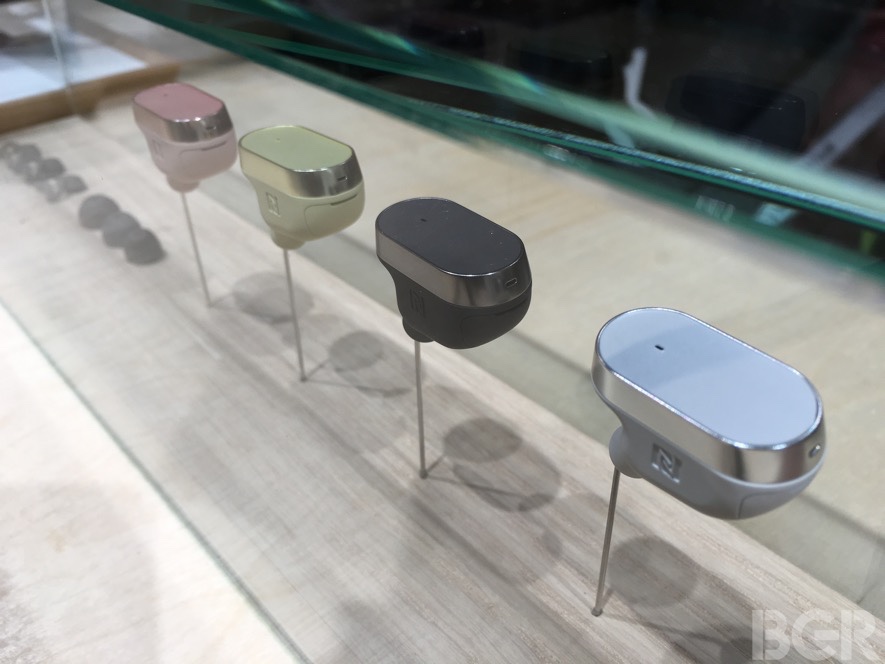 The irony is immediately evident as soon as you hear a mobile exec asking us if we have any idea how many times we check the screen on a phone per day. These companies want us to stop staring at displays, but they use gorgeous displays to sell their smartphones. Not to mention that they’ll soon put better and better VR headsets on our faces.

LG did it first on Sunday afternoon, and Samsung followed a few hours later. Both companies told us we check our phones at least 150 times per day, setting themselves up to unveil always-on displays supposed to deliver fast access to information and save battery life. Sony’s Kaz Hirai asked the same thing during the early keynote Sony gave in Spain, revealing that we do it 8 billion times collectively.

But Sony’s focus is more on smartening up the technology that pairs with the smartphones, rather than focusing solely on creating an always-on display that delivers notifications while conserving precious battery life.

DON’T MISS: Everything you need to know about Samsung’s Galaxy S7 and S7 edge

The new Xperia accessories are definitely interesting, albeit they’re not ready for mass consumption just yet – they’ll be launched only this summer, or even later. They’re not perfectly new concepts either, as you’ll easily recognize certain similarities to some other products out there, but they’re still exciting.

Sony may not have what it takes to bring us a future of mobile as depicted in the movie Her, but it’s certainly interested in stopping us from staring down at our screens.

The Xperia Ear is an intelligent wireless headphone set ready to assist during the day. The earphones, leaked the other day, feature voice-based support – think Siri, Cortana or Google Now – that lets you navigate your phone without looking at it. You can make calls, dictate messages and even perform an Internet search without needing the screen.

The earphones connect to your phone via NFC or Bluetooth and use an app to talk to the device according to a preset array of preferences. The headphones pack all-day battery life (that’s 3.5 hours of continuous usage) and come with a special case that adds 12 hours of battery life when housing them. Pricing details for the Xperia Ear aren’t available.

Probably not as hot as the Xperia Ear, if you ask me, the Xperia Eye is still a camera worth checking out. We’re looking at a wearable wide-angle lens with a 360-degree “natural field of view” that can be attached to clothes or worn around the neck to record moments in life.

The Eye packs smarts of its own, including an intelligent shutter and facial and voice detection to capture images.

Unfortunately, just a prototype that can’t be demoed or even touched at Sony’s booth here in Barcelona, the Xperia Projector is about the size of an but slightly thicker. The device will beam a touchscreen-like interface on any clear surface, allowing the user to interact with it. That means you can “press” buttons on a wall if you so desire, but the projector will also recognize voice and gesture commands that you’d otherwise use with your smartphone.

Amazon’s Echo is already a very popular smart device for your home, and Sony seems appears to be looking for a piece of that pie. Called the Xperia Agent, and only shown in concept form at the show, this Amazon Echo alternative is supposed to respond to voice and gestures, and act as a bridge between all your connected devices. The Xperia Agent also has a built-in camera and a projector that can beam content to other surfaces.