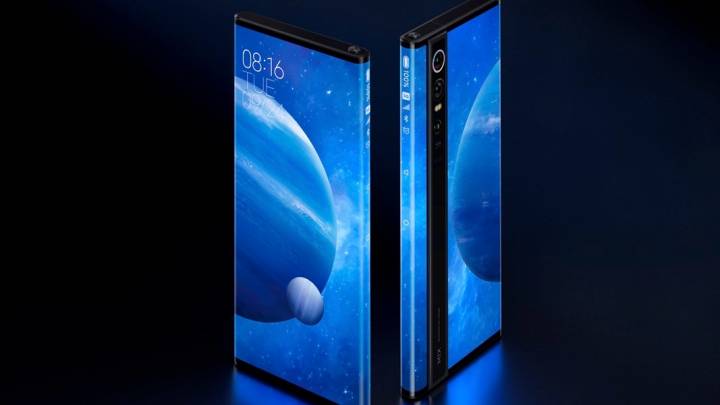 Forget the Mate 30 Pro and the Vivo Nex 3 with their hot waterfall displays, because there’s a new smartphone in town that has more screen than any other regular “all-screen” phone available right now. Aside from the large wrap-around display that gives the handset a mind-blowing 180.6% screen-to-body-ratio, the device features other new technologies that make possible such a design, and it’s the first handset in the world to ship with a 108-megapixel primary camera sensor. All of that comes with a rather steep price, at $2,815, or 19,999 yuan, because this phone will launch initially in China.

The question is, do we need phones with wraparound displays in the first place? Well, every all-screen phone out there makes some sort of compromise to deliver a screen as big as possible. We have notches, hole-punch cameras, slide-up selfie cams, and phones with dual displays. All of these compromises concern the selfie camera, which can’t disappear from a phone.

The Mi Mix Alpha fixes that problem by turning the primary triple-lens camera into a selfie cam. And you need a display on the back to pull it off. Xiaomi thinks that wrapping the screen around the edge and all the way to the back is the way to do it. One advantage of going with such a design is that you can also improve the waterproofing by eliminating physical buttons and replacing them with virtual buttons on the size. Then again, by placing a considerable display all around the phone, you’ll have to worry even more about dropping the handset. Not to mention that protecting it with a case isn’t really possible.

The Surround Display, as Xiaomi calls it requires a specific design process too:

Unlike traditional smartphone assembly methods, Mi MIX Alpha’s internal assembly is first carried out, while its display layer, touch panel, and protection layers are laminated one-by-one. All display component layers are compiled in that order to achieve high curvature Surround Display design, so the internal stress caused by bending the display layers can be released layer by layer. To achieve a smooth and flat surface, Mi MIX Alpha also uses a durable protective layer which optimizes the screen stack structure.

In addition to featuring virtual buttons on the side display, the screen also acts as a speaker and proximity sensor, thanks to a “brand-new display acoustic technology.

The top and bottom, meanwhile, are made of titanium, while the camera protective cover is made of sapphire glass.

The main 108MP camera sports a 1/1.33-inch large sensor – 389% larger than the 48MP camera. This image sensor is capable of producing 108MP photos with a resolution of 12032 x 9024 pixels and supports four-in-one Super Pixel to produce large 1.6μm pixels under low-light conditions. The camera also supports new technologies such as ISOCELL Plus and smart ISO and is equipped with four-axis optical image stabilization (OIS) to ensure stable videos.

With all that in mind, we’ll remind you that we’ve seen wraparound display concepts before, including in patents from none other than Apple, so we might see more wraparound phones in the future.

It’s unclear whether the Mi Mix Alpha will be available in other markets than China, but the handset will hit stores in December.