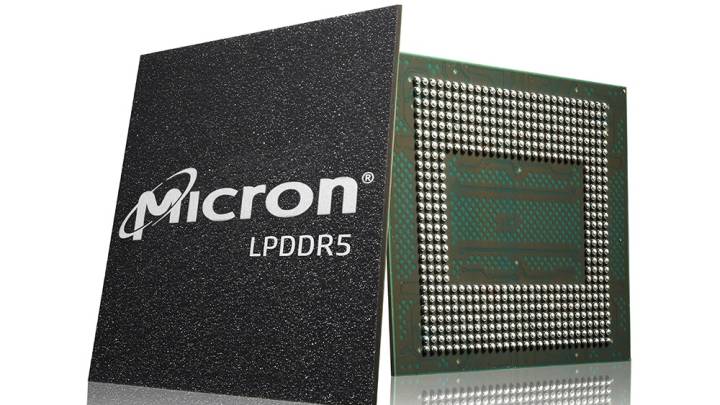 Samsung’s Galaxy S20 might not have an exciting new design, but it makes up for its look with much better specs than 2019 flagships, including faster memory than before. In fact, the RAM used in the S20 will be faster than the memory in most laptops. The S20 will pack up to 16GB of RAM of LPDDR5 memory, which should deliver significant performance improvements over previous-generation flagships.

But the S20 phones won’t be the only phones to rock LPDDR5 RAM this year. They also won’t be the first. That title will go to one of Samsung’s biggest rivals in China, Xiaomi, whose next flagship is about to drop.

Micron on Thursday announced that it has shipped the world’s first low-powered DDR5 RAM, which will be used in the upcoming Xiaomi Mi 10 smartphone. The new RAM, Micron said, should help out with artificial intelligence (AI) and 5G tasks, the report notes.

The first 5G phones were launched last year, but most users weren’t able to take advantage of the new wireless standard, as coverage was limited. Carriers, however, will continue to expand coverage in 2020, while smartphone makers will release more affordable 5G devices. But 5G modems alone aren’t enough to help you take advantage of the new speeds. RAM upgrades will be required to support the faster data speeds. And Micron says that’s exactly what its new DDR5 RAM will do.

The new RAM will be 20% more efficient than the DDR4x memory used in some of last year’s top handsets and up to 50% faster. When it comes to performance, Micron says the new memory will allow 5G smartphones to process data at peak speeds of up to 6.4Gbps, which should prevent 5G data bottlenecks.

Micron’s memory will be available in different capacities, including 6GB, 8GB, and 12GB, with speeds up to 5.5Gbps or 6.4Gbps, the company said. It’s unclear, however, how much RAM the Mi 10 series will feature.

Getting back to the Galaxy S20 series, Samsung is making its own DDR5 RAM for its smartphones, and all three S20 models are expected to feature at least 12GB of memory. All phones will also support 5G connectivity, although the cheaper ones are expected to launch in 4G-only versions in some markets.

While comparing laptops to smartphones is easier said than done, it’s still worth noting that some of the best laptops out there, like Apple’s newest MacBooks, rock DDR4 memory. However, new notebooks are expected to make the jump to the faster memory standard in the not too distant future. The new iPhone 12 is also expected to feature DDR5 RAM.