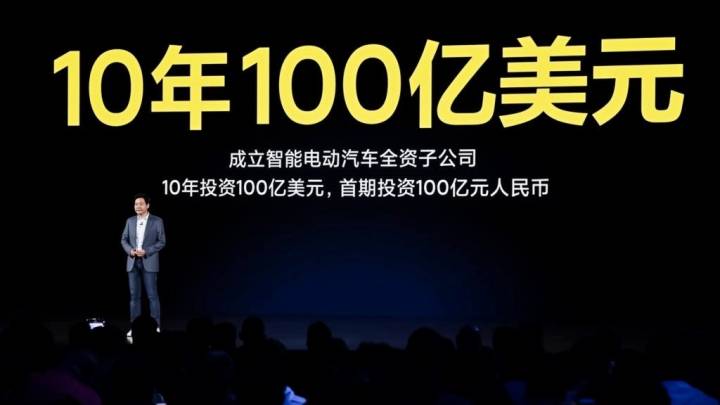 Chinese smartphone maker Xiaomi made a few significant announcements this week. The company announced the Xiaomi Mi 11 family’s remaining members on Monday, including the Mi 11 Lite, Mi 11i, Mi 11 Pro, and Mi 11 Ultra. On Tuesday, Xiaomi introduced the Mi Mix Fold, which is its first foldable and features the world’s first liquid lens camera.

But Xiaomi is more than just smartphones, although the Android vendor is certainly stepping up its game to benefit from Huawei’s continued inability to compete in the West. Xiaomi announced a new wearable, a universal wireless charger, and an Android TV projector earlier this week, with the biggest bombshell dropping on Tuesday. Xiaomi will make an electric car of its own, just as last week’s rumors claimed.

Xiaomi CEO Lei Jun announced during the March 30th event that Xiaomi will create a brand new subsidiary with an initial investment of 10 billion yuan ($1.52 billion). The company plans to invest $10 billion in total over the next 10 years in the electric car project. The exec will also act as the CEO of the new entity.

“The decision was made after numerous rounds of deliberation among all our Partners, and this will be the final major entrepreneurial project of my life,” he said in a statement. “I am willing to put all my personal reputation on the line and fight for the future of our smart electric vehicle!  I am determined to lead my team to fight for the success of the Xiaomi electric vehicle.”

Lei Jun highlighted Xiaomi’s massive effort into making its own electric vehicle, which seems to have been a top priority in the past 75 days. But Xiaomi did not reveal any actual details about the electric vehicle that will come out of its subsidiary’s labs.

It’s unclear how the car will look when it’ll launch, and what will it cost. Xiaomi usually undercuts rivals with its products, so the first Xiaomi vehicle might be cheaper than competing models. Previous reports claimed that Xiaomi would beat Apple to market.

Xiaomi thinks it has enough experience manufacturing all sorts of electronic devices, including smartphones, TVs, and smart home gadgets, to develop a more ambitious project like an electric car. It’s unclear whether the vehicle will be a self-driving car, but everyone in the business is working on autonomous vehicles.

Lei Jun addressed Xiaomi’s unique advantages in manufacturing cars in a letter to employees — as follows:

In other words, we’ll have to wait a while longer for specific details about the first Xiaomi car.