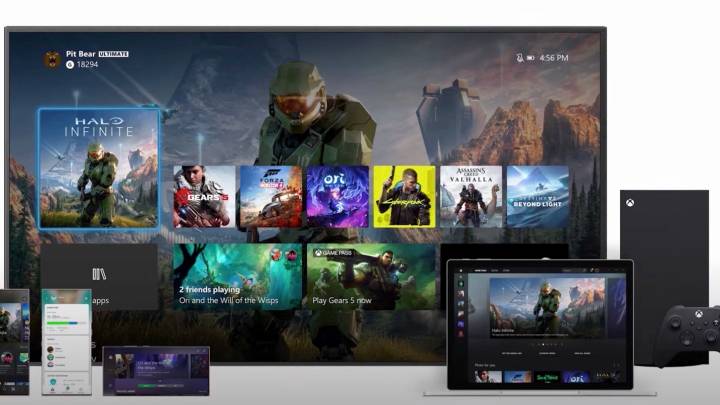 Microsoft has yet to announce how much the new Xbox Series X will cost and when it will launch. It hasn’t even acknowledged the existence of the Xbox Series S console that could turn out to be even cheaper than the PS5 Digital Edition if recent reports are accurate. But it turns out there’s one more big Xbox detail to keep gamers entertained until the big announcements drop, and that’s the new Xbox user interface.

Microsoft revealed “the new Xbox experience” via a blog post and YouTube video that offer us a  look at the new operating system that will run on Series X devices as well as other places where Xbox games are available.

The new Xbox home screen will load 50% faster when you boot the console, and it’s a third faster when loading from a game. On top of that, the OS uses 40% less memory so that the console can “maximize the horsepower available to games,” explained Xbox execs in the short clip.

Microsoft explains that gamers will get a unified Xbox experience across One and Series models, and devices that can stream xCloud games could see a similar treatment. “Xbox Series X will set a new bar for speed when it launches this November, and we’re taking the same approach to accelerate experiences across Xbox,” Microsoft explains.

“The new Xbox look and feel is designed to be faster to use, more approachable and visually appealing,” Xbox Head of Xbox Research & Design Chris Novak wrote. “Text is more readable, elements on screen are easier to understand at a glance, and accomplishing your tasks is faster than ever. This includes tile shape, fonts, an updated illustration style, and more. The overall layout of most of the console pages remains familiar, just faster, and more focused.”

The new mobile app is currently “in the works” and notifications have been consolidated to “reflect activity across mobile, PC, and console.”

Sharing of gaming content via social media and instant messaging is also getting a massive improvement, as the console will push the screenshots or clips to the phone from where you’ll be able to share them as you see fit.

The new Microsoft Store on the console is also supposed to be faster than before. App launch time should take about two seconds, and the updated navigation should help you find what you’re looking for faster. “It’s easy to understand at a glance what’s included or discounted with any memberships you have, like Xbox Game Pass,” Microsoft says.

The following video features plenty of images from the new Xbox Series X user interface, but don’t forget to pause it so you can inspect all the details. More UI examples are also available at this link.