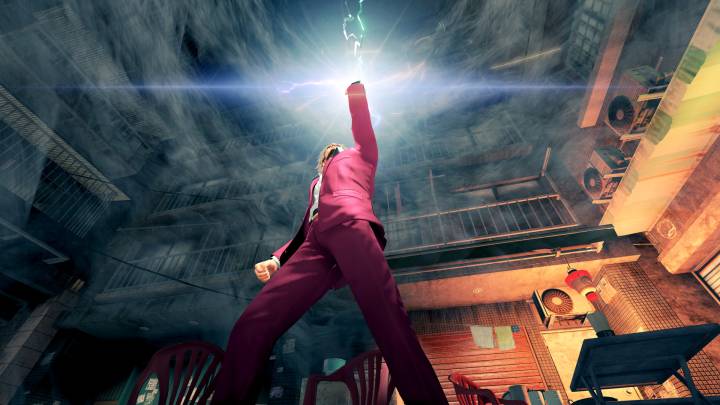 After building up anticipation for months, Microsoft finally opened the flood gates on Thursday of this week and gave us our first extended look at Xbox Series X games in action. We saw ten minutes of Halo Infinite, got a glimpse of the next Forza Motorsport title, and the long-awaited return of Fable was officially confirmed. The Xbox Games Showcase was all about the games, as the name suggested, which means we didn’t get any news about a release date for Xbox Series X. But a new listing on the Microsoft Store might have spoiled the surprise.

On Wednesday, a day before Microsoft’s showcase, Sega announced that its turn-based RPG Yakuza: Like a Dragon will launch in the US on Xbox One, PS4, and PC in November 2020. The publisher also revealed that the Xbox Series X version of the game “will release on day one of the console’s release date,” while the PS5 version will come later. Interestingly enough, the Microsoft Store lists the game’s release date as November 12th.

Logic would dictate that both the PS5 and Xbox Series X are coming out in November. Both Sony and Microsoft have already pegged “holiday 2020” as the launch window for their next-gen consoles, and November falls squarely within that window. It’s also right in the middle of gift-buying season, and, in case you forgot, both the PS4 and Xbox One launched in mid-November exactly seven years ago. So November isn’t much of a stretch.

Also, Bloomberg tech reporter Dina Bass may have caught Microsoft CFO Amy Hood off guard in an interview when she asked if the “new console” would launch during the “November holidays”:

It was in response to a question from me and I said "new console" and "November holidays." Her answer was the single word "yes."

Microsoft has since reached out to GameSpot to clarify that it has yet to announce an official release date for Xbox Series X, but all of the clues are certainly pointing to November. Looking back to 2013, the PS4 launched on Friday, November 15th, and the Xbox One followed a week later on Friday, November 22nd. Sega hasn’t actually confirmed that Yakuza: Like a Dragon will be available on November 12th, but if it is, we wouldn’t be surprised to see the Xbox Series X on store shelves on Friday, November 13th, 2020. The virtual shelves, anyway.

The good news is that we won’t have to speculate for much longer because neither Sony nor Microsoft can afford to wait too much longer to open preorders for their new consoles. The economy is a mess in the wake of the pandemic, and if the Xbox Series X and PS5 are going to be as expensive as we expect them to be, many people are going to need to start saving up now. I’d be shocked if prices and release dates weren’t revealed by August.