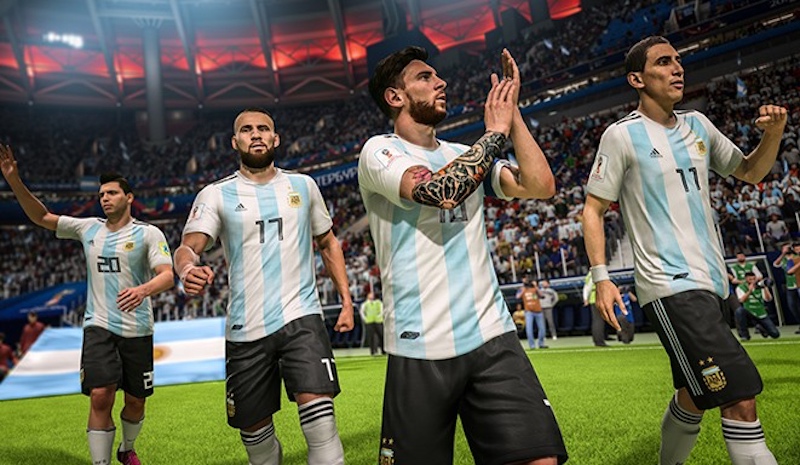 The world is about to be swept up with soccer fever. Things kicked off this weekend with an exciting Champions League final that saw Real Madrid knock off Liverpool 3-1, with Gareth Bale delivering a pair of sensational goals and Karim Benzema scoring on a fluke goal that will undoubtedly be immortalized in GIF form for eternity. Looking ahead, the 2018 FIFA World Cup in Russia is now just two weeks away and most of the sports world will be watching as 32 national teams battle it out for worldwide bragging rights.

While you can certainly spend countless hours reading about which team has the best chance of emerging victorious, EA Sports decided to make things easier for those not inclined to spend time devouring hours of soccer analysis. Put simply, EA Sports ran a simulation in World Cup mode in FIFA 18 — set to become available as an update tomorrow — and came away with some interesting results.

According to the simulation — which can be viewed in its entirety over here —  France will emerge victorious at this year’s World Cup after edging out Germany 5-4 in the final game.

The first knockout stage saw a handful of surprising results, but most of the tournament favorites continued on their way to the quarterfinals. Brazil hammered Sweden 4-0, continuing their assault on the ghosts of 2014 at every opportunity. The two best players in the world suffered narrow defeats with their respective countries as Cristiano Ronaldo’s Portugal fell 2-1 to Uruguay and Lionel Messi’s Argentina were blanked 1-0 by France. England met a familiar fate, losing 5-4 in a penalty shootout with Colombia to make an early exit.

While EA Sports’ predictions are certainly not meant to be taken seriously, Engadget points out that predictions from its franchise of sports games can sometimes be eerily accurate given that EA accurately predicted Germany’s 2014 World Cup victory and that “its Madden franchise has guessed the actual winner of the Super Bowl nine times out of thirteen.”