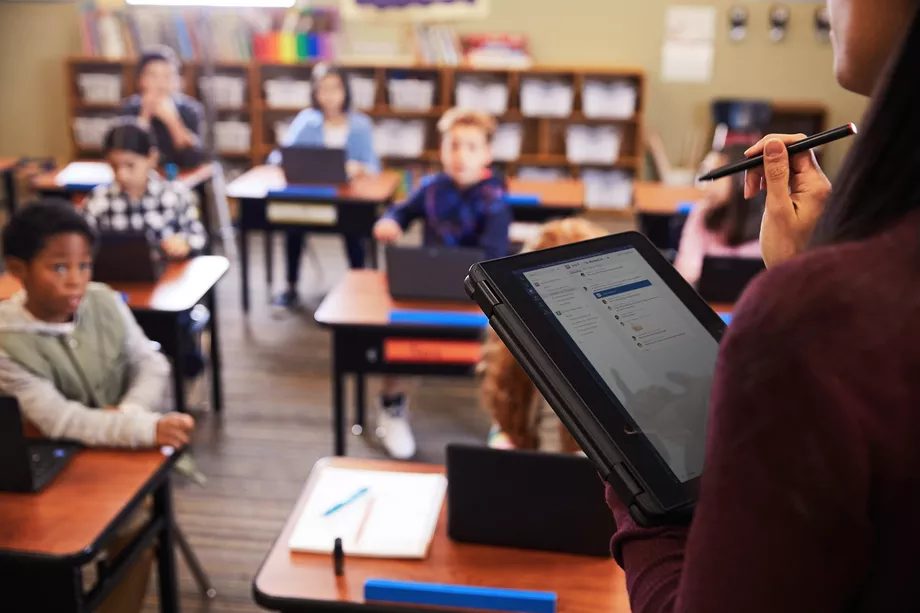 For the past three years, Microsoft has watched as Google’s Chromebooks have eaten away at the low-cost Windows PC market. Chromebooks have gone from being a rarity to a highly practical option for kids, college students, and anyone who doesn’t need to use fancy software.

The biggest component of Chrome OS’s growth has been price. You can buy a usable Chromebook for under $200, and a fancy one goes for $500. Up until now, you’ve had to double those numbers for Windows devices.

At an event in London, Microsoft and its manufacturing partners announced a new generation of cheap Windows 10 S devices aimed at the education market. The headliner is a $189 Lenovo laptop, powered by Intel’s Apollo Lake-generation Celeron chips. It’s black and plasticky and objectively not the prettiest computer around, but assuming that it’s as serviceable as the specs suggest, it could be a game-changer for Microsoft, and introduce some much-needed competition into the cheap PC market.

The $189 Lenovo 100e is the cheapest new machine being unveiled today, but it’s certainly not alone. Lenovo also has the 300e, a 2-in-1 laptop with touch and pen support, which will retail for $289. Cheap Chromebooks have made waves for putting touch support into sub-$300 laptops, where it’s perfect for working in classrooms or taking notes in lecture halls, so this also seems like a design targeted at Chromebooks.

The new Lenovo laptops are also joined by two similar devices from JP. They’re priced at $199 and $299 for the non-touch and touch versions respectively, so customers will have good choice between two different manufacturers at the same price point.

Microsoft isn’t just relying on software to take back the classroom, either. It announced a new version of Minecraft aimed at educators today, along with discounts on its augmented reality products, which it sees as another differentiator between Windows devices and Chromebooks.