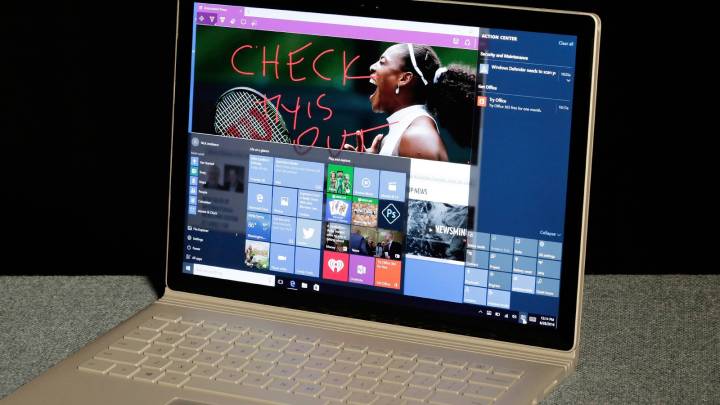 The Start button is one of the most iconic user interface elements of Windows. It opens the Start menu, giving you quick access to all your apps and settings. Microsoft isn’t happy with the way the Start button looks, and a big design change is coming. Thankfully, it’s exactly the design change you may have been asking for since Microsoft redesigned the Start menu several years ago. The menu is just too busy as it is right now. There’s too much color in it, and absolutely too many shades of blue in there that makes finding the apps you’re looking for rather annoying. Going forward, Microsoft will release a major Start menu makeover that will make the entire experience a lot easier on the eyes than it is right now. On top of that, Microsoft announced additional features and design changes that will roll out to Insiders first, and then to regular Windows 10 users.

Microsoft is referring to the Start menu design change as “theme-aware tiles.” They’re coming in build 20161, in case you’re on the Insider beta program. “We are freshening up the Start menu with a more streamlined design that removes the solid color backplates behind the logos in the apps list and applies a uniform, partially transparent background to the tiles,” Microsoft wrote in a blog post. The following animation shows how the new tiles will look like.

Essentially, Microsoft is replacing the blue with transparent or white backgrounds, and the tiles haven’t looked better.

Microsoft said that those users looking for a “splash of colors” should turn on the dark theme and then toggle the Show accent color on the following surfaces for Start, taskbar, and action center.

Another significant change coming to Windows 10 concerns the ALT + TAB shortcut. Insiders will be the first to test out the updated multitasking feature, which will let them access any tab open in Microsoft Edge when pressing the ALT + TAB combo. If you have too many tabs, the feature won’t necessarily look great. But you’ll be able to customize your ALT + TAB experience from the Multitasking section of Settings, to have the shortcut show only the last three or five Edge tabs.

The Taskbar is getting a notable change of its own. Microsoft is looking to offer a “cleaner, more personalized, out-of-box experience to give you the content you want and less clutter.” That means the Taskbar will show custom layouts based on user and device signal. As seen in the image below, some people may see their Android show up in the Taskbar, while others will have an Xbox Live icon in there.

The notifications are getting a makeover of their own. The toast UI will show the app logo at the top, as well as an “X” that will let you turn it off.

Microsoft has also made some tweaks to the Settings app. Some Control Panel features will be moved to Settings, in the About section of the System menu.

The new Windows 10 release will also feature improvements for the tablet experience for 2-in-1 devices, as well as a redesigned Windows Calculator app that now supports algebra graphics. Several bug fixes are also included in this release, but several bugs still need to be patched. You can read all about the changes at this link.